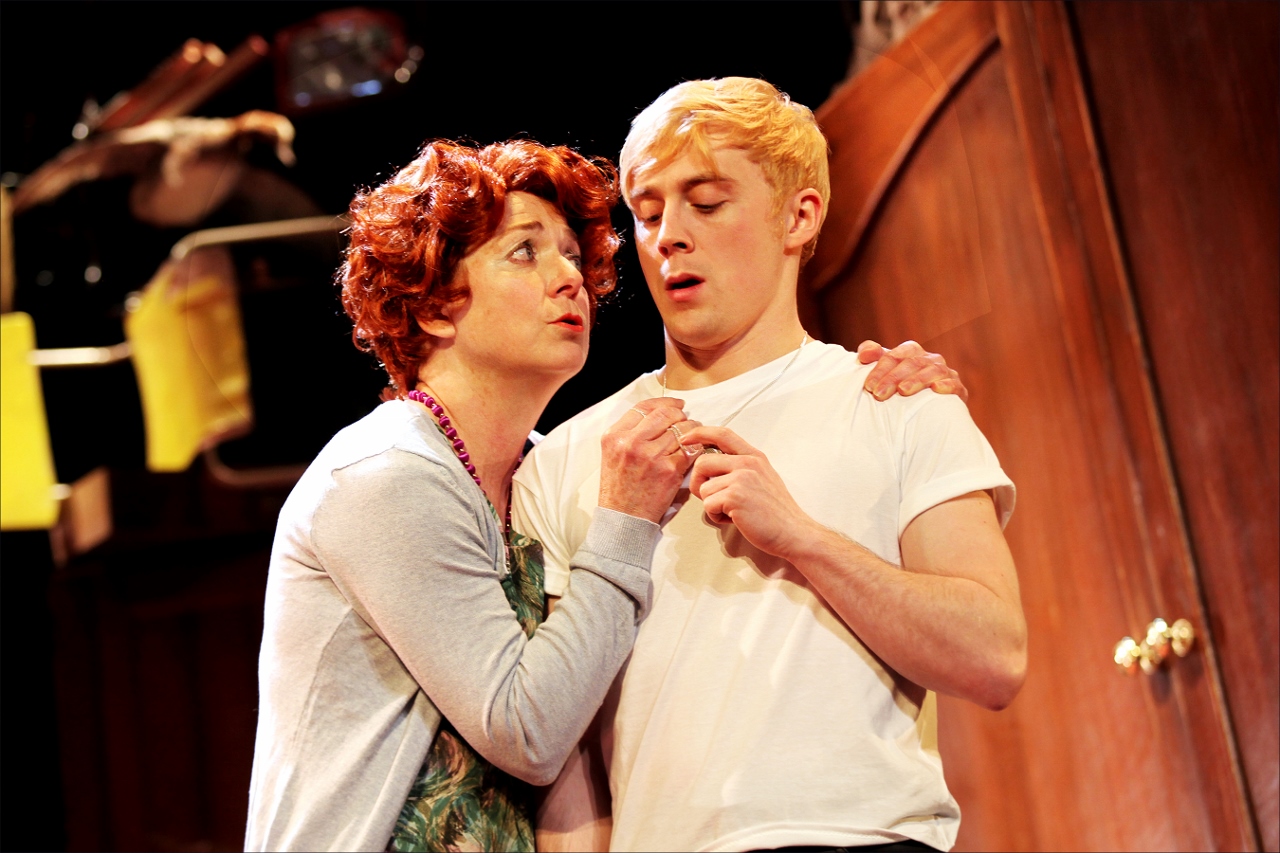 When I worked in the theatre I met a lot of playwrights, they were all very nice people. They had kind of humdrum lives and went about their days in a fairly average way.

Playwright Joe Orton was certainly not in this category. Jailed for defacing library books, in his own words rampantly homosexual with a now famous diary full of public convenience assignations, this in a time when Britain was locking away anyone of that persuasion. His star burned brightly and his cheeky Pintereque plays were as part of the swinging sixties as the Mini skirt and The Beatles. Indeed Orton wrote a screenplay for the Fab Four that was rejected as being a little to close to the knuckle. Sadly a flame that burns twice as brightly burns half as long and his lifestyle drove his long term lover Kenneth Halliwell into a self destructive spiral that ended on the ninth of August 1967 when Halliwell battered him to death in his sleep with a hammer. A tragic end to a far too short life and career.

Pop history lesson over, but it is important to reference Orton’s life and death as they are inexorably tied to his plays and writings now, which due to his death can pretty much be counted on one hand. His life and death could have indeed overshadowed the work if it wasn’t for the fact that the clutch of plays are razor sharp and brilliant. You can probably guess that I am somewhat of a fan…

The Grand are showing this week in my mind the best of Orton’s plays, Entertaining Mr Sloane. London Classic Theatre continues its run of classic revivals with Sloane, very timely, this being its fiftieth year.

Sloane is a small cast dark comedy play about the sexual/social power play between a lodger his landlady and her brother. Set in the living room of a house in the middle of a rubbish dump the brother and sister plot against each other to win the affections and favours of Mr Sloane the young lodger who sets the small house hold into turmoil. Loaded with charm and menace in equal measure and with more implied smut and double entendre than a night out with Sid James and Frankie Howerd. I shall not give too much of the plot away here as spoilers make my blood boil.

For the staging of the play first impact is always important and Sloane has a wow factor. It’s an incredibly beautiful set, a semicircle of wardrobes beds and dressers surround a perfect circle of lurid carpet upon which the sofa that features heavily is set. Indeed I wouldn’t be surprised if they have a spare sofa in the wings as the amount of bodies that are squished upon it in compromising situations increases. The set itself is a lovely use of The Grand’s stage, wardrobe doors open and lamps and other rooms are revealed, it is as complex as the motivations of the characters and a joy to see on a purely visual level.

The small cast play at a slightly heightened level of performance, perfect for the darker than a Brian Rixs farce content of the play. Somewhere between enthusiastic and frantic I would describe it as. The energy levels of the performers is great to watch and thunders the play along at a merry pace.

The cast of four are at ease with the performance and the play, the lovelorn landlady as played by Pauline Whitaker is a needy and pathetic soul, desperate for affection and Whitaker plays it with seedy aplomb. The brother as portrayed by Jonathan Ashley is played pitch perfect as the bluster of his self importance turns into lustful desire for the young lodger Sloane. Nicholas Gasson gives a great turn as the wretched father of the siblings, shuffling about with the indecision of a man past his time.

Sloane himself is played by ex Grange Hiller Paul Sandys, as he is the linchpin of the play it was with baited breath that I waited to see how Sandys would attack the role, he does it with a consummate ease and the cornerstone of the play is well lain. An actor friend of mine once said the Sloane is the Hamlet of stage comedy, go too far one way or the other and the whole play will fail. Sandys interpretation with its needling whining and self confidence is spot on. I’ve seen the play done at least four times over the years and I must admit to Sandys being the best Sloane I’ve seen, well done to the casting director.

So the whole play, cast, staging and tech is seamless and it is a shame that with the Pet Shop Boys playing down the road that the numbers were down on a usual audience. This is a world class production and deserves to be seen by more people so get your tickets booked and treat yourself to one of the best plays done at its highest level.

The Grand are really raising the bar with the level of programming this season. It seems to be indicative of a change at the core of the Grand’s intents, bringing more people in that usually wouldn’t venture to the theatre. As I say the Pet Shop Boys homecoming concert did split the audience this time but with five days still to play Sloane I’m sure will be huge success. 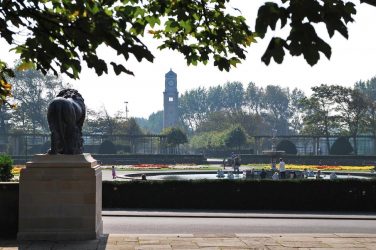 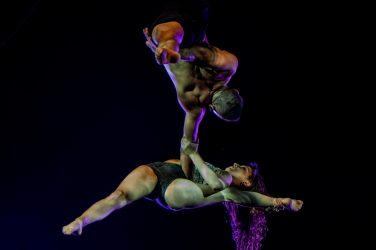 When I tell you that I was on the edge of my seat for ...