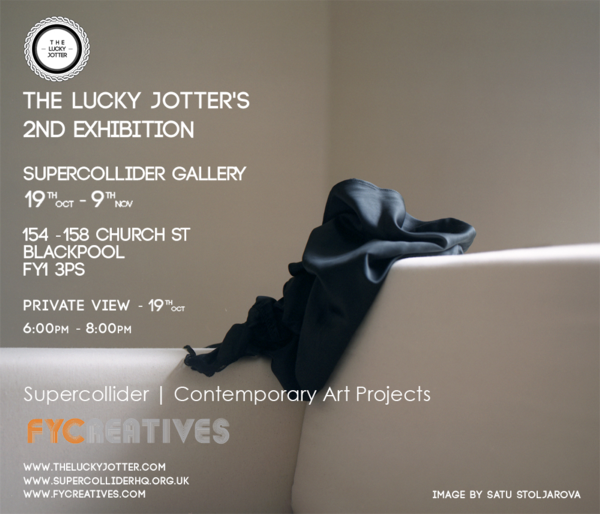 TLJ: I was coming towards the end of my photography degree course at Blackpool & Fylde College and I realised that to get a job in the area I wanted to work in, isn’t as easy as I thought. So I thought why not start something I knew I would be interested in and passionate about! The idea was to help others promote themselves via different medias like online features and exhibitions.  I struggled at school with dyslexia and worried that my final grades wouldn’t get me to where I wanted to be in life. By starting the Jotter, it helps me give something back as well as promoting myself as a passionate artist.

Already in such a short time that the jotter has been running, I have learnt so much about business and the way things develop with a company.  I wish to continue this further and hope that others recognize what I’m trying to do here.

Garth: How did you come to source the artists included in ‘2nd exhibition’

TLJ: I was given a 3 week window to put together the exhibition which isn’t a long time at all. I decided to personally choose the artists myself with the help of other talent scouts.  After this selection I needed to get to know the individuals and studied their work through the internet. Most of the artists I selected were already involved on the site, so I knew who I wanted.

Garth: Where do all the artists come from?

TLJ: The site has international exposure with artists coming from New York to Finland and UK based entries too. In this show we have a range of UK and internationally based artists.

Garth: It is really interesting to inform people about process, what was your process with this exhibition for example the process of installing and selecting artists, but also the creative process when considering theme and coherency in an exhibition?

TLJ: The process is really important, I believe you need to see into the future, no special powers or anything just visualizing the end product, which gives you an idea of what to do. This helped when first seeing the space I had to work with. I saw how much room I had which gave me an idea of the number of artists to approach.

I wanted to show a range of artists with a high-level skill set within their media. I had a rough idea of what I wanted to show from each artist, after seeing their work online.

Garth: With this in mind, was there an intention to showcase a cohesive exhibition or was it more to showcase individual artists in one room?

TLJ: It was my intention to choose individuals whose process had a common thread of identity.

Garth: The Chalkboard? Ongoing art piece or easy way to get fun feedback? Will this feature in each show that you devise? I think its an interesting way to signpost people to your events through the use of an object!

TLJ: Yeah I guess it is, I feel you need feedback to progress and evaluate. It’s an idea that has only been tested in this show and if it does well I would more than happily use it in the next exhibition.

Garth: Is there an underlying thought or message within the work as a whole i.e do all the artists featured celebrate or question a similar notion or aspect of art?

TLJ: I feel that hidden aspects of identity are present in each of the pieces.

Garth: Do you have a piece that you think, on reflection, is acting as the statement piece for the exhibition?

TLJ: I couldn’t pick one piece, the fundamental idea of the exhibition is to showcase the type of artists we find interesting.

Garth: How is FYC as a gallery space? Do you exhibit anywhere and everywhere or is a white cube space where your interests lie?

TLJ: The space is fantastic, offering us everything that we wanted for this show, having been given little preparation time. It’s a step up from our first ‘pop up’ show in which we had needed to convert an old mobility shop into a gallery space. It had its snags but we enjoyed having to work around its challenges. The Lucky Jotter is keen to try a variety of spaces.

Garth: Satu Stoljarova’s ‘Refund’ intrigues me and I think these are particularly successful. Could you give me a bit more background about her work and concept?

TLJ: Satu is an artist from Finland who is studying photography at Plymouth University. I’ve been a fan of her work for a few years now and have noted that her most recent work is of a very strong calibre. Her ‘Refund’ project is about items of clothing, which are unworn.

By using these items of clothing as her subject it allows her to leave a mark and make use of them, before taking them back to claim a refund.

Garth: What level of study and/or practice are the artists at?

TLJ: we have a great mixture of artists, for example in this show we have students, graduates, full time hairdressers and teachers. It doesn’t matter what they do as long as they’re being creative.

Garth: So you accept submissions through your website? Is there an ideal level of artistic merit you would like people to have? I sense The Lucky Jotter is contemporary in its development as opposed to all inclusive? (which isn’t a bad thing!)

TLJ: We do a submission call out for artists to get a feature on our ‘Artists’ page and then the same group can be involved with our projects and exhibitions. There is a level or standard of work that we want to attract, which holds something visually interesting and makes people question what the hell it is and why has the artist has made it? If Nanna and Granddad don’t get it then you’re doing something right! But seriously by having this idea of concept within the works we show, we can attract like minded people.

Garth: I noticed your mission statement says you aim ‘to promote artists in creative ways to catch the industry’s eye’..Is that Lucky Jotter…A PR company for the arts? Which ‘industry’ is your ideal market or are you interested in showcasing art across industries, i.e. gallery, advertising, photography, web, PR, events, wall art?

TLJ: We are very interested in collaborating with a variety of art organizations and industries, for example: art blogs, self-publishing collectives and other artists.

Garth: Where would you most like to exhibit a show in Blackpool?

Garth: And where most would you like to exhibit a show but in the world?

TLJ: Yet again it would be providing we had the right type of exhibition. But you have to think big, so I would say the New York Guggenheim.

Garth: Who would feature in your ideal group show? (established or emerging that you would like to curate)

TLJ:  Primarily we would like to focus on the emerging artist, as we want to be part of their inaugural process and observe their starting success.

Preview: Pierrots on the Pier 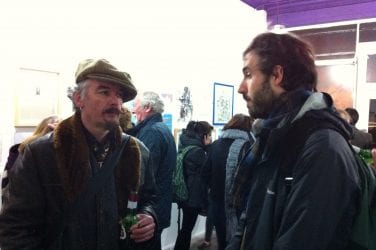 Review: ‘The weather outside is frightful’ at Supercollider

Well, this was a busy one. The gallery space on Cookson Street, which has ... 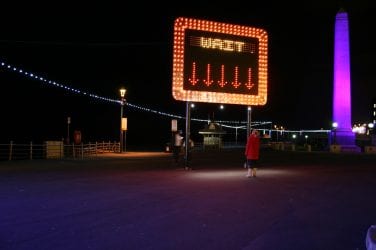 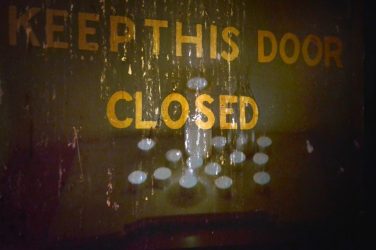 This Friday sees the opening of a new collaborative exhibition entitled In Deference at ...