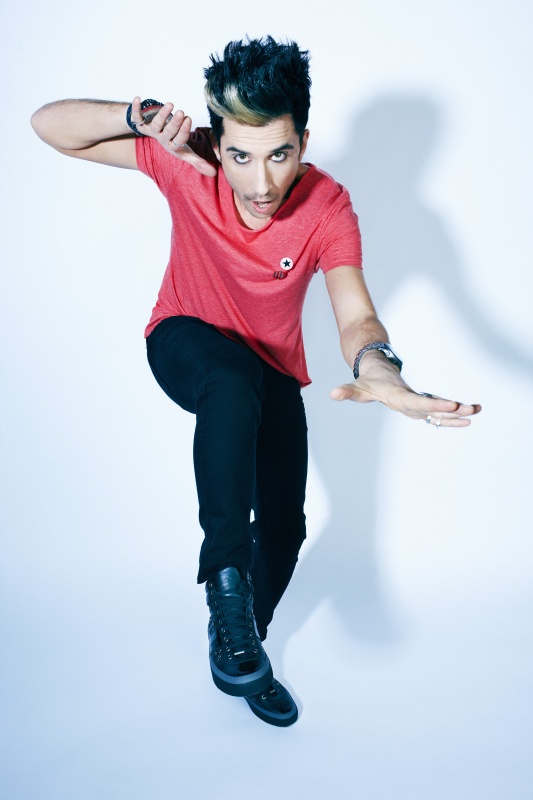 Firstly, I had no idea what to expect. I know I had seen a fairly charismatic, indie type character on TV named Russell Kane. But to be fair I am much more Russell Brand than Russell Kane and I don’t tend to watch much TV unless I am guaranteed entertainment or laughs; the sort of laughs that I used to get from Peter Kay or more recently Jack Whitehall.

But what a surprise – this is the sort of comedy I really enjoy. It’s the type of comedy that is drawn from real life experiences.  It appears that Russell Kane is an ‘underground comedy secret’ because the theatre was packed, with a broad, cross section audience: young, old, male, female, quirky, conventional – they were all there.

I should also mention his warm up act: Chris Martin (Not of Coldplay fame) – who is equally as funny as the main event and quite hot (always a bonus). Well worth looking into.

At this point I think its fair to note that Russell has achieved a great deal of success in his comedy career. Established in 2004, it’s documented that he sort of ‘fell into’ comedy as a dare. That same year he won the Laughing Horse New Act of the Year award before coming second in So You Think You’re Funny in 2005. That year he also joined Russell Howard, Reginald D Hunter and Ray Peacock on the national Paramount Edinburgh and Beyond tour in the October.

Following this, he has been nominated for two Edinburgh Comedy Awards, with The Theory of Pretension and Gaping Flaws in 2008. Later that year he took his Fakespeare play, The Lamentable Tragedy of Yates’s Wine Lodge and transferred it for one night to the Royal Shakespeare Company, Stratford-upon-Avon, where it was performed on the main stage.

Fakespeare was also toured to Edinburgh in 2009 with his stand-up show Human Dressage which saw him pick up his third nomination for the Edinburgh Comedy Award.

Russell has presented on Big Brother’s Big Mouth which helped to propel Russell’s comedy into the mainstream TV. He is a familiar face on I’m a Celebrity Get Me out of Here since 2009 and In November 2011 Russell won the Children in Need edition of Mastermind, with his specialist subject ‘The Life and Novels of Evelyn Waugh’.

This is his second visit to Blackpool this year as he toured his show Manscaping, which came to The Grand in February. He has also released his first novel this year: The Humorist and has featured on TV shows including BBC 2’s The Apprentice…You’re Fired and has further launched his own brand new show, Britain Unzipped, in May with Greg James.

His onstage humour reflects his achievements; this is an energetic performance and very, very funny. I appreciated his self-deprecating style and I am so nosey that if someone starts to tell the audience about their private life, toilet habits, relatives or negative human qualities – well I am all ears.

His references to his father’s working class notions of discipline and work ethics were hilarious and reminded me of The Monty Python ‘When I were a lad, I used to get up before I went to bed’ sketch.

Russell filled the stage with his ‘large’ personality and skipped from one side to the other in a camp fashion. Oh, I do love a man who is in touch with the Metrosexual within.

Russell is the sort of comedian you want to go and have a pint with in the pub and to be fair quite similar to a number of Blue Room types in Blackpool – I should have dragged him in there, he would have loved it.

All in all, it was a hilarious show and with a promise of Russell and I being friends for the future, I think I am life long fan.  Well he did say he loved northern lasses. 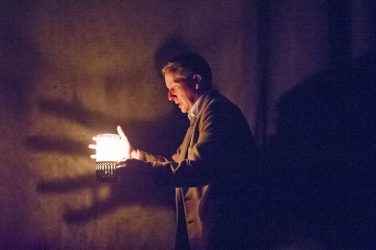 I’ve been told I’m not allowed to make any Chris De Burgh Lady in ... 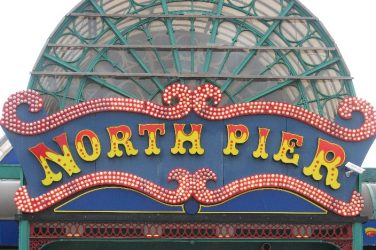 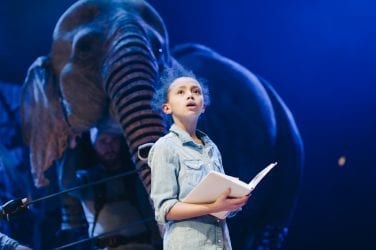 The latest in Michael Morpurgo’s theatrical adaptations is storming into Blackpool this April.  Running ...

Lisa Bower
0 comments 0 Shares
We use cookies to ensure that we give you the best experience on our website. If you continue to use this site we will assume that you are happy with it.OkNoPrivacy policy