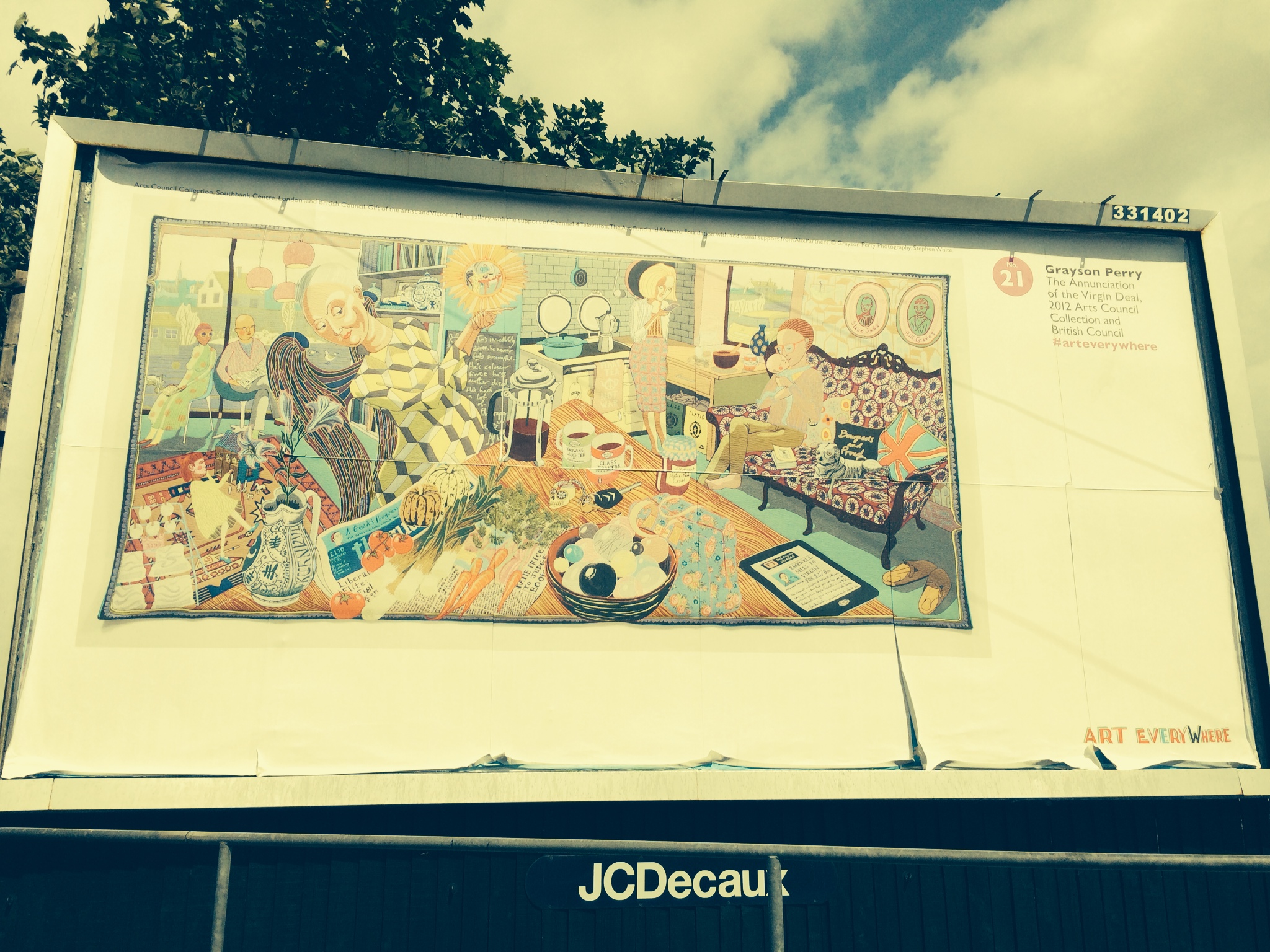 Art Everywhere, which launched in the UK last summer, is a joint venture between a host of bodies including the Tate.
This year’s event is promising to be bigger and better than ever. Art Everywhere is a project that sees billboards the length and breath of the land used to display large reproductions of some of Britain’s greatest artworks from the nation’s vast collection.  The project is designed to create mass interest from the general public.  Art Everywhere uses a hashtag (doesn’t everything these days? I find life is littered with hashtags) which is intended to generate and keep the conversation going.
Here are some of the hashtags I found whilst searching Twitter:
“My local art everywhere poster Patrick Caulfield, pottery, a nice vibrant poster #arteverywhere”
“Such a big fan of this #gillianwearing #arteverywhere”
So not only will the work be celebrated by the nation using various social media platforms, I guess there must be a hope that Joe and Josephine Bloggs, stuck in traffic and staring up, will be inspired and interested enough that they will attend the exhibition to see the works in the flesh.
Now this project may seem a cracking idea on billboard, erm I mean paper, but it is not without its faults.  The main fault being that after 38,000 public votes of what art goes on display it is not possible to view all the art in a current exhibition, which seems a ridiculous flaw. It’s a fantastic opportunity to get people through the door of galleries to see the work, and it’s wasted.
Another fault, or more a missed opportunity, is this: surely it would be a cracking idea to have used mobile billboards on say sink estates or depleted high streets.  That would really cause a stir and create the conversation.   So where are these posters?  Is it just a London thing?
Well I did tweet Art Everywhere to see if they would be plastering billboards and bus stops on the streets of Blackpool, a town notoriously known for its poor art engagement. The response was that they were hoping to reach as far as possible in the coming weeks, so let’s hope that includes Blackpool.

Have you spotted an Art Everywhere billboard or poster?  Let us know on Facebook. 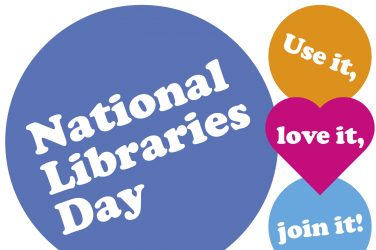 Following the controversy caused by Penguin’s new cover for Roald Dahl’s Charlie and the ... 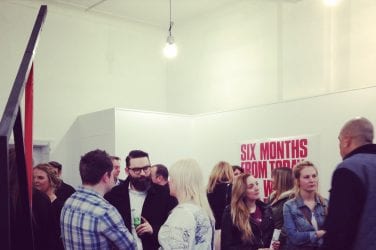 Review: No Pain No Gain at SEE

There is great strength in restraint. The art works on display in the show ...