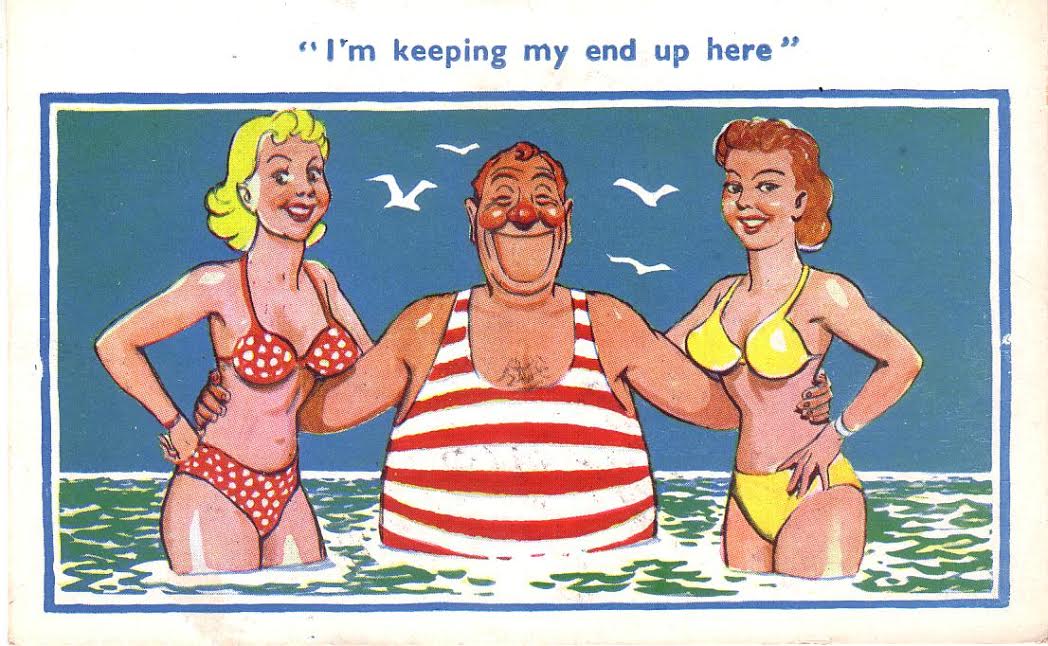 One of the most cherished emblems of the traditional British seaside holiday, after sand castles, sticks of rock and donkeys, has to be the traditional saucy postcard. Nowadays they are seen as a bit of harmless cheeky fun, but back in their heyday they were considered by many to be a dangerous threat to the very moral fabric of our nation.

During the war, moral standards were deemed to have slipped and a certain permissiveness to have crept in. In reaction to this, attitudes tended to be prudish and certainly by the standards of today, they were. The Obscene Publications Act 1857 which was heavily used in carrying out many thousands of postcard prosecution, would most definitely have shut down publication of many tabloids and magazines that we have today.

The Censorship Board formed in 1951 was not a government department, it was a trade board set up by retailers, publishers, postal services and other interested parties, who feared possible legal recrimination for being accessory to the distribution of obscene materials and wished to set up a regulatory panel to minimise risk by determining what was pornographic and what was not. They consisted of 6 people (2 ladies among them) and included a retired stationer, a pastor, and a retired bank manager. Their powers were actually fairly weak, they maintained a huge index of all published postcards, they could seize postcards and approve or disapprove them, those that were disapproved were destroyed and the most they could do in prosecuting the vendor was issue a fine.

The immediately obvious problem inherent with the system is consistency, as opinion on what constitutes obscene material can be really quite subjective. There was a lot of salacious double entendre used on the postcards at the time and sometimes things which might be regarded as fairly ribald even today were surprisingly approved (Image 1). Things also varied from resort to resort, what may have been accepted in Skegness would not necessarily have been in Blackpool or Whitley Bay.

The humour of the postcards tended to be very topical and occasionally quite political. One popular image was of Hitler dressed as a suffragette, which neatly lampooned two political targets with one blow. Toilet humour and jokes about extramarital affairs were very popular; anything with religious overtones was likely to be disapproved, even if it depicted something fairly innocuous.

But, while today we are more permissive and can publish far more lewd images and text, there were also things published then that would rightly never be published today; stereotypical depictions of tribespeople for example. Another issue is the rampant sexism of the time compared to today. There were hundreds of jokes about dumb blondes, mothers-in-law, buxom lady bathers, nagging wives, drunken sailors and lecherous old men.

One thing I did notice, as I perused the wonderfully comprehensive collection in the archives of Central Library, was that a postcard seemed to be able to get away with a stronger innuendo if the lady on the front of it was perceived to be less provocative. For example a fairly tame double-entendre with a picture of a slender glamour puss may not be approved, but an equally mild card with a more homely and zaftig woman would go through with no problem. (Images 2&3)

The passing of the Obscene Publications Act 1959 and the onset of the Free Love era that was the Sixties ensured the demise of the censorship board in 1968 and the sales of the cards themselves began to decline in 1963 due to people, according to Philip Larkin, “Getting on with the real thing”. But they enjoyed a run of well over 150 years and I think have rightfully earned a place in our hearts. Long live the bawdy postcard!

If you would like to see the collection of postcards at Central Library, contact Tony Sharkey by email: [email protected] or phone: 01253 478090

West Side at Venn Project 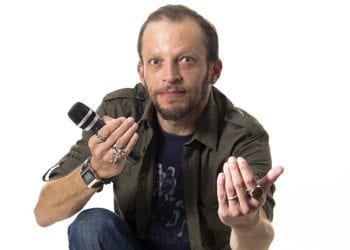 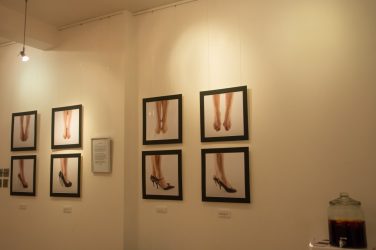 They are infrequent beasts, Blott shows, but they should always be seen. To carry ... 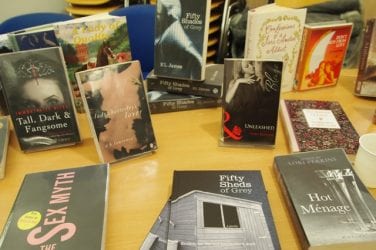 Saturday night and what better place to be than Palatine Library with a brew, ...