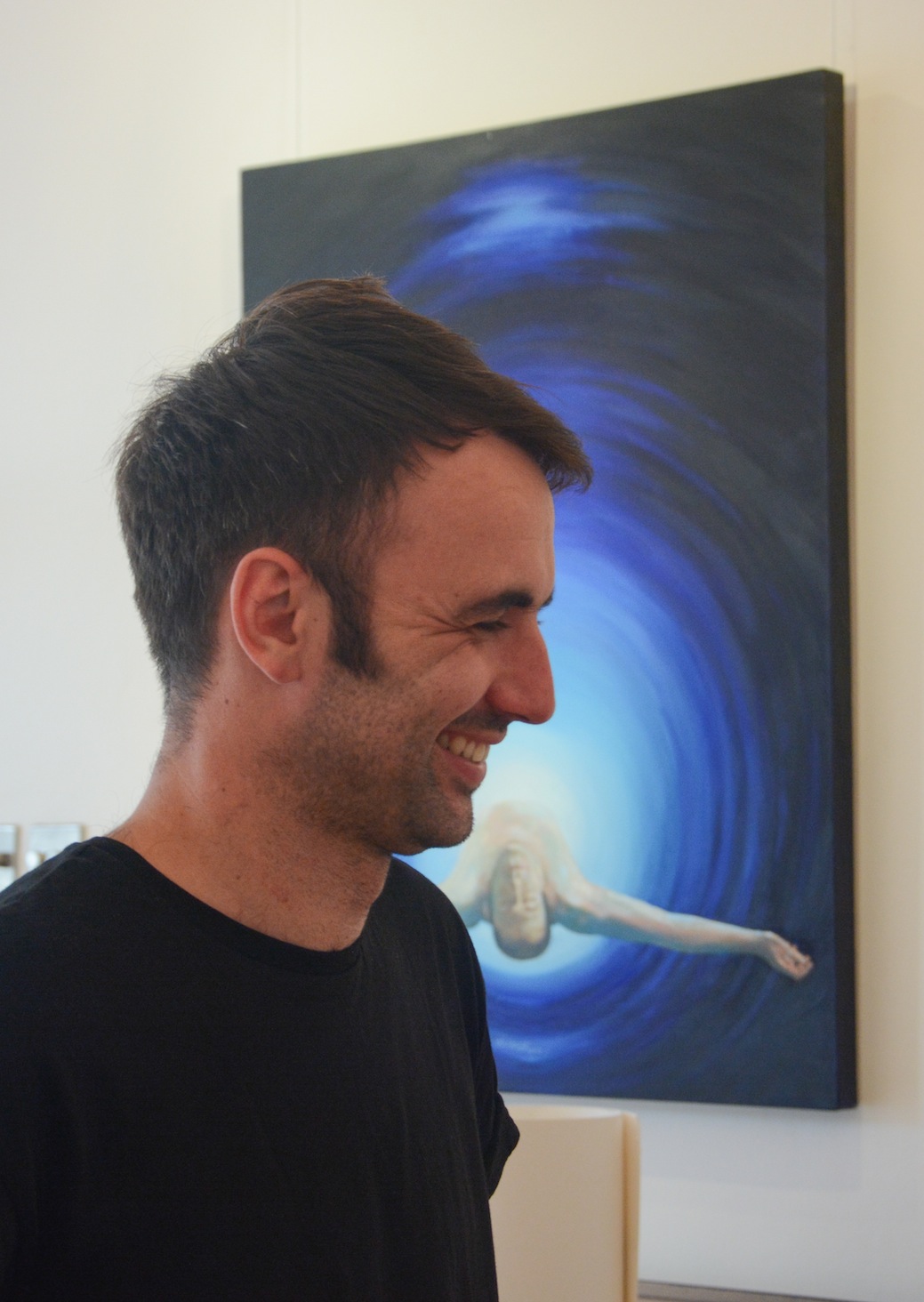 There has been a big change at Blott Artist Studio in the last few weeks.

Laura Havenhand, central to the running of the studio and a good friend to all members and fellow artists for the past four years, has recently left to pursue her art career in Leeds. She will be much missed at Blott, and told me she had initially been very upset at the prospect; that she felt it was the end of a chapter. However, she assured me that she would keep in touch and would always be grateful to Corrine, artist and gallery owner, at Blott for giving her confidence and experience as she began her career.

Previously, Corrine herself had curated the gallery for two years, and as owner of the business the job falls to her if nobody else is available. Photographer, Douglas Stuart, took over for four years, and painter/ex senior college lecturer, Brian Spooner, curated for another two years, both very successfully.

Fortunately, just as Laura was contemplating a move, Brett Blundell, a second year Fine Art student was exploring opportunities for work experience within the Blackpool art scene, happened upon Blott and immediately felt drawn to the gallery. He arranged a visit and met Corrine and Laura. Fate had stepped in and the rest, as they say, is history. After a short handover period, working closely with Laura and learning all aspects of the job, Brett has now taken over as curator at Blott.

I spoke to both Brett and Laura about the handover experience. Brett told me that Laura had been an inspiring mentor and had taught him much about designing exhibits, interacting with artists and general curating. Laura, for her part, was impressed with the way Brett had responded to her advice. She told me he had a great eye and interesting ideas, and felt he would be an asset to Blott.

I asked Brett about how he first started to be involved in artistic activities:

“I was always a doodler and sketcher and never thought of it as anything but a hobby until I grew a bit older and realised how much I enjoy it,” he said, “I was a builder for six years and hated it. After I became a father I reassessed my goals in life and this ignited an old passion in me: art. So I got myself together and decided to do something about it.”

I enquired about his main interests in the art world: “I don’t really have a main interest in art. It is difficult to pin-point one particular idea or visual as I have eclectic and diverse tastes. It could be anything from retro punk album covers to a Bacon painting or Hirst’s A Thousand Years. A theme that always seems to run through my own work is mortality, so I am always interested in art that explores this.”

Currently, Brett is in the gallery every two weeks, more if necessary, assisting in any way he can. He told me, “Working here has gone above and beyond what I expected. I was straight in and involved from day one. There is a great team of people.”

How does Brett see his future? “I am aiming to do well in my degree and I’m hoping to continue gaining experience at Blott, getting myself prepared really to step out into the art world. As for the distant future, I can see myself running my own gallery as well as developing my own art practice.”

Although Laura was sad to move on from Blott, she felt she was leaving the curating in good hands: “I think Brett will be fine, as with everything in art, there’s only so much you can teach. The rest is about getting confidence and trusting your gut instinct, with which I think he’ll do very well.”

Both Laura and Brett are on the brink of something new and Blott Artist Studio has been privileged to have two such willing, enthusiastic and talented volunteers. 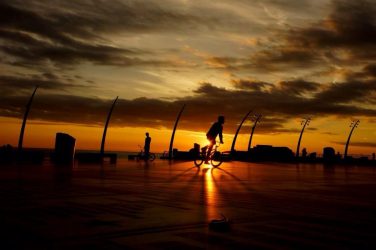 Top 5 things to do this July

July is upon us and the sun is most definitely out and about so, ... 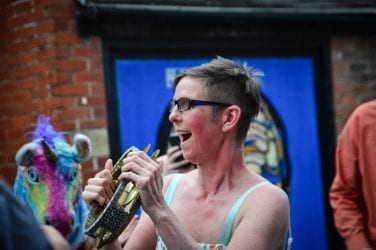