You do have to ask the question. Does Blackpool have a thriving music scene?

Well, maybe that’s  just a matter of opinion. There is no argument at all that there are without doubt some great up and coming bands working hard to break through and perhaps they are looking further than Blackpool to get them on the musical map? The Fylde Coast is a tough nut to crack and depending on a local and dedicated fan base is becoming ever increasingly difficult. Quality live venues are few and far between and the most difficult task is drawing in enough live music fans to establish a venue a cult status as somewhere where bands are excited to play and music fans can connect to. Not only that, but also providing those bands with the very best surroundings and sound equipment. So bands must be given the incentive to enjoy playing live in the town and at the same time attract people through the door.

There are one or two great local venues, who work extremely hard on promoting live music, but is it enough? Again, its a tough question and this coming weekend we are about to see another venue open its doors to live bands.

The million dollar question is, what will make this one different and will it succeed in rising to the ambitions of two extremely dedicated and experienced local visionaries, who want to bring back the type of live music venue that we all loved and cherished back in the day?

The Underbar, located on Bank Hey Street is ambitiously being totally transformed into an ‘academy’ for emerging bands, both national and local. In trying to recreate that old school type live venue, Underbar owner and big music fan Steve Lawrence believes he has the passion and vision to put Blackpool back on the map as somewhere bands will want to come and play and is putting every ounce of that passion and his experience to make it happen. I caught up with Steve and his live events co-ordinator Stuart Barcock for a chat, prior to the big launch this weekend.

Steve told me, with a hint of anguish and determination in his voice, “I am dismayed with the standard of gigging quality in the Lancaster to Preston area and on the Fylde Coast. With 53 Degrees becoming a ‘no risk’ venue, I feel it’s time for someone to step up to the plate and provide a small academy standard venue the likes of which only exist in Liverpool or Manchester with a 250 capacity.”

Passionate words indeed and ones that could see the emergence of somewhere quite special perhaps?

“With the help of Arranpaul Audio Ltd we have converted Underbar Blackpool into such a space, with a stage fit for purpose, clean views of the performance area, full front & backline, quality lighting & visuals, supported by qualified engineers.” he continued.

All very good soundbites from a man clearly with the bit between his teeth and excited at the prospect of changing things for the better and ultimately for music fans in the area and beyond.

So what exactly are you aiming to achieve I asked Steve and what will make Underbar attractive to touring bands and the public?

His answer was quick and to the point. “To create a quality destination gigging venue in Blackpool that is much, much more than the ‘band in the corner of a pub’ scenario and for this to be a place that showcases up & coming talent. We want to establish a Blackpool venue where bands will want to come and perform, and where fans will want to go, because of what it offers both sides. Marry the two together correctly to feed off each other and you create something electric! The bands get a quality performance space and set up, attended by real music fans. The fans get an intimate club style environment in which to experience fantastic live music” said Steve.

Easier said than done, but I did sense a real steely determination and excitement from both Steve and Stuart, who have obviously done their homework and research.

“Long term this would see the venue & Blackpool established as a regular stop off for touring bands” Steve informed me. “Think of all the legendary basement club music venues around the World and what they’ve provided avid lovers of live music. Underbar fits that space beautifully” he continued enthusiastically.

So the big question is will it work in an area generally struggling to establish itself a reputation for live music on a broader scale?

“Why not? Although often maligned, Blackpool has much to offer. What a great combination for music fans from around the UK. A great gig and a day by the seaside!” Steve added.

Stuart Barcock has been working tirelessly sourcing good quality and exciting emerging bands from all around the UK, many coming with excellent reviews and reputations. All were happy at the prospect of coming to Blackpool and sharing the ambition of Underbar. Local upcoming bands will also be given the chance to play on the bill at each session, with The People, The Atmospherics and Lithium Glass Road already booked for support slots. So how will it develop?

“From late November through December Reverb UK is running a series of live nights titled  OriginalSessions at Underbar, Blackpool. Focused on original music our aim is to spotlight rising talent, both local and from all around the UK, in a quality performance space. We’re bringing together a fantastic array of bands from as far afield as Glasgow, Sheffield, Liverpool and Leigh-on-Sea in Essex. It’s a diverse split of genres too, from Ska infected Pop to Punk Rock to Hip-hop. Something for everyone! This is an opportunity to catch amazing live bands just before they break. With singles, EP’s & albums already under their belts or on the way soon, the bands are all destined for good things & some labelled with potential stardom. Several have been featured on BBC Introducing, NME Radar Band of Week, Gigslutz ‘ones to watch'” Stuart told me.

With entry to the venue being free on all nights throughout the duration of the weekends, it is a great opportunity for live music fans to experience something that little bit different. Now, there are no guarantees obviously and it is very much down to response from those who have bemoaned the lack of somewhere that creates the feel of the likes of Eric`s in Liverpool, The Hacienda in Manchester or London’s Marquee Club. All small venues, but each with cult status and launching many bands to fame. But it sounds very exciting indeed. Underbar will also give space to local urban artists along with talented DJ’s. Again, adding a diversity not seen anywhere else currently.

“Longer term we will look to leverage the performance space for a wider range of events such as alternative cabaret or even comedy” he added.

There’s huge ambition and vision here, but most of all passion and I sensed that immediately when speaking with Steve and Stuart. It could well be the start of something unique and for the sake of our music scene, added to all the fantastic prospects currently emerging in the area, it could no doubt provide a shot in the arm that Blackpool needs. I for one will be checking out what the Underbar has to offer and whether it achieves what it sets out to do. It’s another exciting venture and a mouth watering prospect for live music lovers, so if you’re going to talk the talk, you’ve got to walk the walk.

“It is sweet and right” 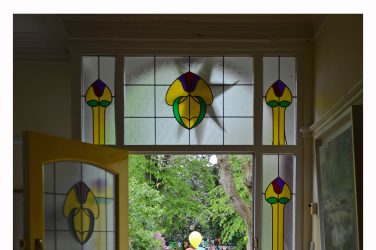 The Green Walk with Lisa Wigham

Last weekend, I followed a photographer down the lens and through the open doors ... 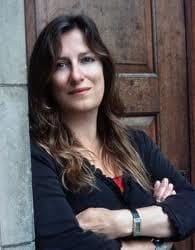 Elly Griffiths, who spoke at Moor Park library in this year’s Wordpool on Thursday, ... 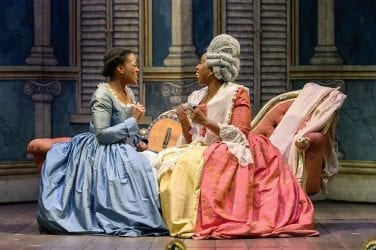