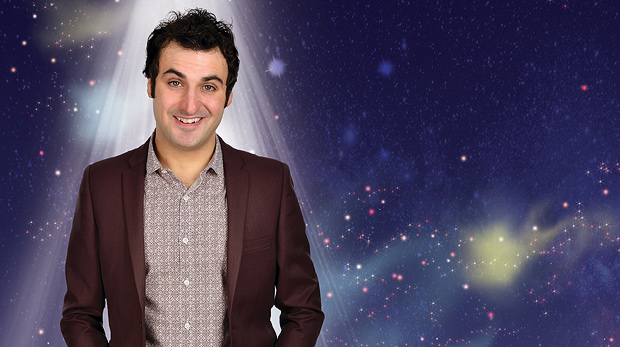 It was comedian Patrick Monahan and he was on his way to Marine Hall in Fleetwood on Saturday 21 February where he was playing for one night only.

Since comedy has become the new rock ‘n’ roll it seems that stadium gigs are all the rage but give me a more intimate setting any day. If I wanted to watch a comedian on screen I would stay at home and watch the endless repeats of Live At The Apollo or the various panel shows that play incessantly on Freeview channels. Nothing can have quite the same effect as the belly laughter a live comedy gig can induce: that confused sensation when you leave, having been almost in tears with laughter, and you try to recount a single funny thing that was said but struggle because it was all about being in that moment, with that comedian and that audience on that night – a unique experience.

An evening in a live comedy environment is just what we all need to get us through these bleak February nights and this award-winning comedian with his high-energy, topical and observational material and engaging way with audiences may just be the man to do it.

It’s no wonder that Patrick, who is hot property on the Edinburgh Fringe circuit where such glamorous venues as portacabins, dive bars at 3am and tents next to the bar can be the best billing you can get, is looking forward to playing the beautiful Marine Hall with its superb acoustics, great facilities and view that alone is worth the visit. He said “I’ve heard the locals are great fun and you can’t beat a day beside the seaside – I’ll bring me swimsuit!”

Patrick’s latest show is called Adventures in Monahan Land and it’s billed as a ‘brand new, energetically witty and charming family show’. If you don’t recognise him from the comedy circuit, you may well know him from his appearances on ITV shows Splash or Celebrity Squares. Take a look here at him in action at Leicester Comedy Festival to get an idea of his unique brand of humour.

Patrick Monahan is playing at Marine Hall in Fleetwood on Saturday 21 February at 8pm. Tickets cost just £12 and can be booked online here or by phone on 01253 887 693. 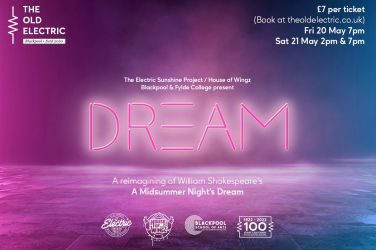 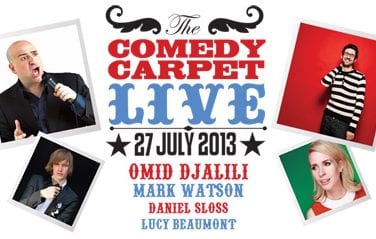 First there was the Comedy Carpet, a 2,200 square metre expanse of concrete and ...