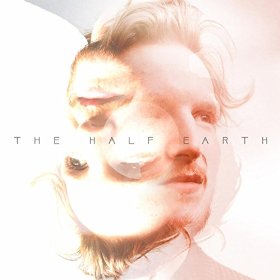 This week has seen a landmark in the emerging career of Blackpool-born singer/songwriter Conor Stephenson. Not only is he starting his first national tour, opening for Lucy Rose, but we also see the release of his first studio EP on UNSHAKEN Records, ‘Light Breaks In.’

Under the band name of The Half Earth, his music has started pricking up ears in the music press. Coming out of the creative ooze that is the Sheffield music scene, which is where Conor studied chemistry at University, he started wooing audiences with just an electric guitar, plenty of reverb and his hypnotic falsetto vocals.

This three track EP takes everything The Half Earth create on stage and brings the atmosphere to the comfort of your own listening space. Simple yet haunting guitar lines and full airy synth strings, combine with distant drums that crash forward with dynamic thunder. Each song takes you on a journey with Conor’s angelic vocals taking you by the hand and leading you up into an explosion of emotion.

The first track, Borders, builds and drops in a wonderous forest of sounds. If you like Cold Play, Radiohead and Snow Patrol you will love the way this track moves. The vocals ride the melody rather than fight it with beautiful harmonies laying over the soundscape building to a neat little drop and boom crescendo before a calmer end plays out.

Following this is the amazing Glass. From the moment you hear the first guitar notes you are drawn into an almost religious vista in sound. Part of The Half Earth’s signature is the dynamic range. Wonderful soft moments are followed by powerful expanding layers that lift you up and make you taller. Again, the vocals are on point, not perfect, but right. It’s so refreshing to hear reverb as the only vocal process.

The final tune, End, is six minutes of stunningly emotive music that conforms to the template previously set. The lyrics here have a terrific nonsense about them that I think everyone can connect with. Lyrically, I find this the strongest of the three, which is not to say I found the others weak. Here, we get to hear more of the range in Conor’s voice.

All three tracks work so well together to create a very moving listening experience. The Half Earth conjure up such visual music it makes me want to write a film just so I can use it on the soundtrack.

I managed to grab a quick chat with Conor before he left on tour and got to ask him what it means to finally get his first EP released: “It’s amazing,” he said, “I’ve never felt so excited for people to hear my music. I’ve been sitting on End for about two years now and I’m incredibly pleased with the way it’s developed. It’s been the closing song of my set since it was written and it feels fitting that it should close the first chapter of The Half Earth.”

You can buy the Light Breaks In from Amazon.

Pre-Pop to Post-Human and Things at The Grundy

Dance sensation Rudimental are set to headline a one off festival style gig on ... 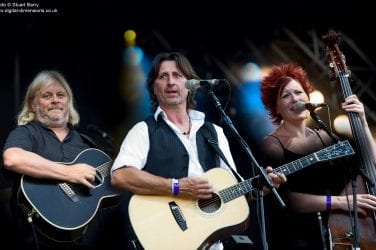 This week, I was incredibly chuffed to talk to one of my heroes. Steve ... 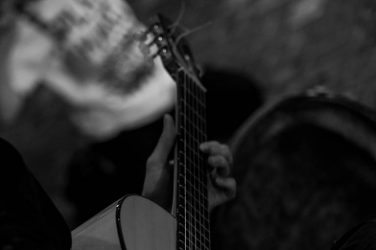 Paul Stevenson seems to have a knack for organising and staging live charity music ...