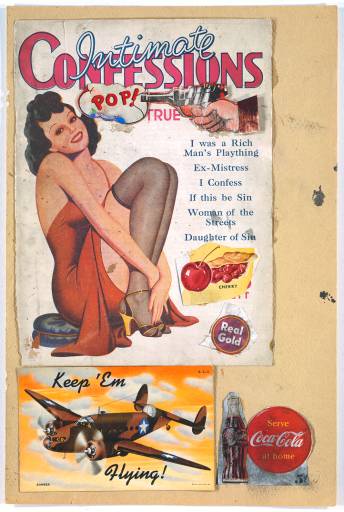 Pre-Pop to Post-Human: Collage in the Digital Age is an exhibition of 37 freshly commissioned prints by fifteen young artists, complementing a selection of sixteen lithographs and screen-prints from Eduardo Paolozzi’s portfolio BUNK, created in 1972 from the original collages and currently showing at the Grundy.

I know some of the artists but not all and will be looking forward to seeing some fresh local work created in response to the exhibition.

John Marc Allen is known locally from The Tangerine Art Company, painting in a Lichtenstein way, representing the roller derby girls’ community with other hints at popular motifs, like Blondie or David Bowie.

Sam Jayne Simpson is a Fine Art graduate and has an exhibition at the Galleon Café Bar from 2 April. She is influenced strongly by music, dance and emotion which is combined into a visual language that examines the human condition.

Rakim’s approach to art is well executed and his screen printing is clean and beautiful, from what I have seen of his work. I know Gareth Monger has success with illustrations and ‘geek art’ based around pre-historic monsters. This is bound to be an exciting look into what’s what and when in his constructed histories.

Robin Ross who runs the Rock Factory said, “The folks have done amazing over two weeks, I am so proud of them. Each artist has taken the ideas of Eduardo and ran with it. It’s been such a fulfilling project and worth the 14 hour days, 7 days a week.”

The Grundy Art Gallery is really mixing it up currently, hosting LeftCoast’s Golden Sections with creative speakers and their Sip and Sketch sessions. Its current collection also includes artists such as Craigie Aitchison, Ruth Claxton, Peter Blake, Gilbert and George, Brian Griffiths, Francis Hoyland, Helen Marten, Haroon Mirza, Heather Phillipson, Pablo Picasso, Eric Ravilious, and Julian Trevelyan. THINGS will be an opportunity for visitors to see some of its best loved works that have been acquired over the course of the twentieth century.

The exhibition runs until 11 April.

Featured image shows I Was a Rich Man’s Plaything by Eduardo Paolozzi.

Picador at the Pavilion 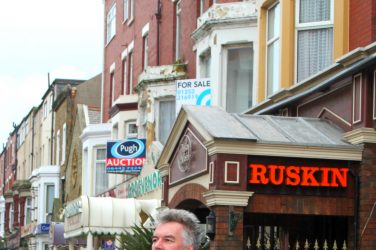 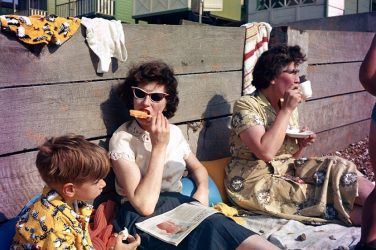 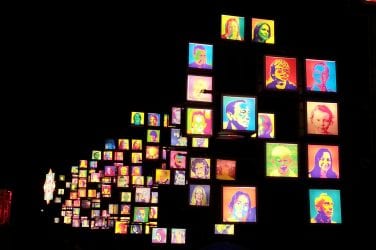