This  is the third attempt at writing this review. I add this observation as it is indicative of the complexity of the work that DV8 presented to us at the Grand Theatre last week. The first version of the review read like a love letter to the company; it was honest but far too flowery. The second version ended up at over five thousand words and as this is a review and not a submission for a dissertation on the pinnacle of physical theatre performance that was filed away as well. So I’ve gone back to basics. Third time lucky and all that.

DV8. For those in the theatre world those three characters strike fear into the heart and mind. You do not watch DV8, you experience them, both on a visceral level and a cerebral one. The sheer mastery of the company over subject and performance is the reason they are the world’s number one physical theatre company. To have them in Blackpool was an incredible opportunity and every drama student and theatre going person in the area should have been there to see what the human body at its peak can achieve when married to the razor sharp intelligence of this company. I will deal with the staging a little later as the source material needs highlighting first I feel.

Their latest show, JOHN, tells in short scenes the incredible life of John; incredible because it is true. Every line and event are taken from one man’s real life story. And this is a man whose life has been one of near unremitting personal horror and abuse. Abuse from every angle: personal, societal, substance and institutional. His childhood is a catalogue of violence and mistreatment. His father sexually abused his sister, then broke into the house and raped the babysitter which led to media mockery by Bob Monkhouse. This is told in a matter of fact manner which shows the constant counterpoint of misery and curb stone humour that exists within John’s story; a resilience to the cloud of horror that follows the man.

His substance abuse eventually led him to the darkest outposts of modern society; homelessness, hostels and his inevitable imprisonment for a drug fuelled arson that almost took a life. This is not easy viewing. From the outset John was almost programmed to fail and fall, which he does, but never without that hope of recovery and ultimately redemption. It is this redemption, not achieved within the span of the work on stage but hopefully one John has a chance of achieving, which stops the (predominantly) middle classes watching developing an unconscious, comfortable affirmation of their superiority over those thumped-by-life, like John.

John’s eventual acceptance of his repressed sexuality led him, and us as viewers, into the world of the gay sauna. The work is definitely one of two halves. The first half is the emotionally draining and human story of a life in free-fall, with its stunning emotional resonance. The second, a slightly jarring exploration of the often salubrious goings on in the sauna John frequents. Personall

y, I felt like I had developed the emotional bends when we dashed headlong into the second half. The sheer acts of staging and physicality of the performers smoothed this crossover but I do feel slightly robbed of the company of John during the latter half.

I should approach the staging now. This is where I spiralled into thousands of words last time so I shall be concise this time. All the audience sat in the gods of the theatre; the notorious rake of the Grand Theatre’s stage and the height of the base of DV8’s set conspired to require us at a greater height. It was nice to sit up in the top seats for once, a little treat you could say.

Ingenious is a word that comes to mind for the set. The constantly revolving multi-part set of walls and doors was a literally dizzying sight. The techies involved backstage have my admiration. The set is a tour de force of design, lit by an operator who must have nerves and fingernails frayed and with a constant motion pushing every aspect of the cast and crew to extremes by making plotting the performers a Herculean task. Walls appeared and vanished as rooms were created, from bedrooms to sauna. It was a pleasure to watch.

All that said, despite a staging that most other companies would rest their laurels on, DV8 eclipsed it with their performances. Every movement was plotted to perfection. The bodies on display were at the point of physical peak perfection, with the exception of the slightly portly chap who appeared briefly in the second half, but I feel he was thrown into the mix to heighten the difference between age and the body beautiful aesthetic. The cast crawled, clambered and cavorted over each other in movements as smooth and graceful as a velvet panther sliding down a greased log flume. (I’ll regret that phrase in the morning) From the cast striking shop dummy stillness to explosions of energy that exhausted the viewer we were party to a theatrical elite doing what they do best.

The character John returned to the fore for a touching and honest final scene. The lead performer, who had been the voice of John throughout, faded out and the voice of the real John reached out to touch us with a call for company to break his loneliness. Despite the horror and destruction you know would come from any kind of contact with him, you did want to hold him in your arms and show him the humanity that he quests for. Humanity that, through all the often self-created crushing events that he endured, shines from him like a candle in the dark.

For me, it’s an honour to have been given this chance to see DV8, especially in the confines of one of (if not the) most beautiful theatres in the country. It’s not, as you will gather, an understatement to say I love this company. JOHN is their most ambitious and strongest performance in years and I know they will carry on challenging, confronting, pushing, and astounding us for many more.

Survey to Save Victorian Heritage 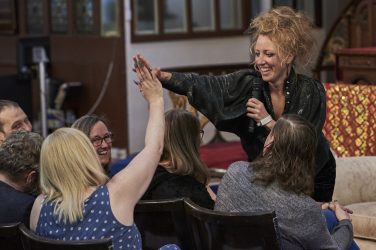 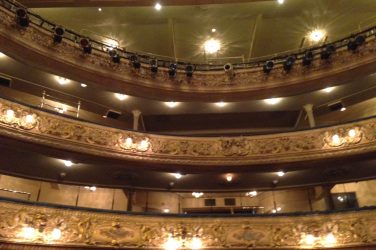 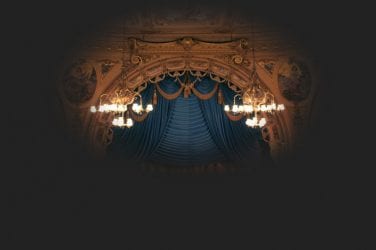 Getting down with the thespians at The Grand Theatre

Blackpool is so lucky to have such a beautiful place like The Grand Theatre ...