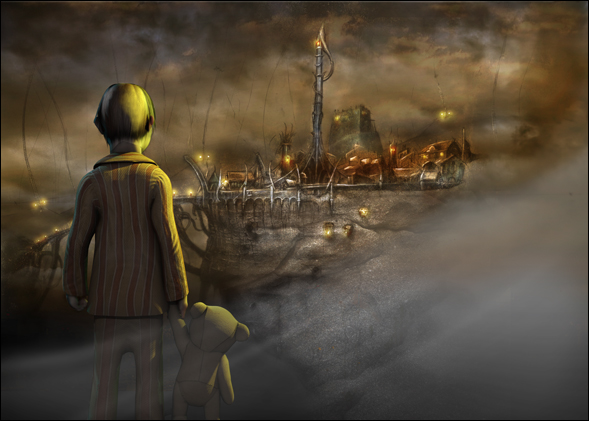 AltBlackpool are delighted and proud to announce Blackpool’s latest published author, Adam Vickerstaff. Adam is a local 3D artist whose imaginative flair and love of fantasy is clear to see in all aspects of his work.

Born in Rochdale, Adam has lived in Blackpool since he was a year old, which I think definitely makes him an honorary sandgrown’un. He first got the concept for the story while undertaking his game design course ten years ago, but the idea of actually writing a book didn’t come to him until about seven years ago. He says that his imagination has served him well ever since he was a young child. As a game designer, his skill at creating and rendering unusual and dramatic characters is immediately obvious, as it is in his writing.

His earlier creative endeavours include working on two computer games, an advert for television, music videos and book covers. He, fortunately, finds everyday life a rich pool of inspiration to draw on for his own graphic works, one of the most recent being a beautiful ballerina figurine which came from a visit to our own Opera House, but he also relishes the opportunity to learn things for any new brief he receives.

All For Socks is best described as a dark, children’s fantasy adventure. Adam chose this particular genre because he enjoys the way children see the world and the way that anything is possible in a child’s mind. The book has the very clear and definite voice of a young boy whose world is thrown into turmoil by events beyond his control and I felt while reading it that I was reading through the eyes of the character, which lent a certain verisimilitude to the storyline. Adam does admit that certain aspects of the story were drawn from his own childhood. There are a total of five books planned for the series, which is already completely outlined and he is halfway through the second book already.

One thing, as a writer, I am always curious about is the process of other writers. Luckily, as Adam is self-employed he was in a position to write when the creative urge took him, rather than sticking to a regimented schedule. He feels the flexibility helps him to write more organically and forced writing ends up sometimes needing more work. The plot line of the book was astonishingly easy for him and he wrote it in an incredible two hours. It’s equally amazingly that he has managed to stick to it without major deviation, for the most part.

Adam cites his favourite authors as Terry Pratchett and Stephen King; Pratchett for his humour and writing style and King for his characterisation and sheer prolificacy of work.  Adam also has a keen love for graphic novels, particularly of the Batman series.

All for Socks was actually self-published, a measure Adam decided to take after rejections from six agents, who believed that the children’s fantasy market was over-saturated at that point. He found it a really easy process and would recommend it to any fledgling author. He uses Amazon and Feedaread and the initial cost was fairly minimal; under £100. Kindle Direct is also very easy to use for those starting out, with really clear step by step instructions. The only tricky issue is marketing. Adam has been quite savvy in this and has already done a workshop and talk at Hodgson Academy, where he had a wonderful time gaining inspiration from the students and giving his own insights into writing and publishing in turn.

Go to Adam’s fantastic website at http://www.lotsathins.com for more information. It’s utterly charming and includes a fabulously atmospheric trailer, things to download, a blog, a link to purchase the book and even activities to do. If you fancy a look at Adam’s graphics work, please visit his website.

Step Up to the Northern Lights 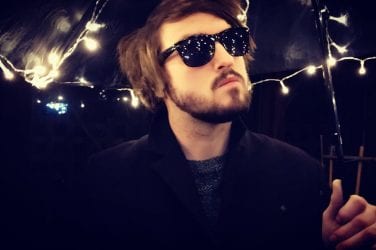 Anthony Briscoe talks theatre, comedy and creativity in a time of Covid

Q. Tell me a bit about you? Hello there, my name is Anthony and ... 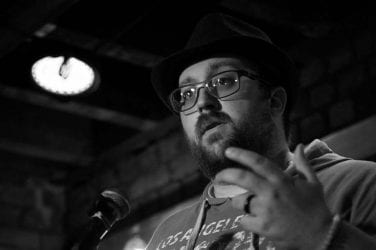 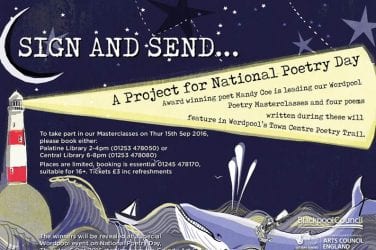