While not definitive in its survey of contemporary art in the north west right now, it does present a microcosm of certain dialogues occurring in the region at the moment, articulating how these are intertwined with the world today and its pressure points. By taking the theme of ‘Modern History’, the exhibition offers perspectives on cultural, social, and political change, from artists across different generations, with works reflecting on local and global issues, largely post 1969 to the present day. Exploring subjects as diverse as cinema, global communications and surveillance, warfare, football and leisure, and histories of counter-cultural production, works are presented in a range of media including drawing, film, painting, photography, sculpture, and sound.

There are two guiding strands at the heart of the exhibition: the first is that artists – i.e. those, as Lynda Morris describes, with a strong moral core – have an acute ability to reveal and bring to focus the underlying forces at work behind a given historical moment. An artist’s sensibility and the visual tools at their disposal enables them to display insight in a way that is in relief to the noise that we hear in our everyday life through advertising, mainstream media and in the voices of authority that are usually the loudest in societies across the world.

The second guiding principle behind Modern History, vol. 1 is that history is easily forgotten, and efforts should made to remember it, and in particular the complexity that lies behind points of tension and division. Pavel Büchler’s new work created for the exhibition encapsulates this, enunciating the looming presence of the philosopher Hegel bound within the connecting threads identified by historian Eric Hobsbawm of the dual late eighteenth century revolutions – the French and Industrial – through to the ‘Age of Extremes’ of the twentieth century. It is a particular reminder about just how central the industrial revolution is to the region, with what began here carrying far-reaching and enduring global repercussions.

For something that was conceived as being regional in focus, perhaps the real value has been the uprooting of this, and the recasting of perspective to one that is global in scope; notably brought to bear in Mishka Henner’s satellite images of America’s military presence across the world.

There are however moments that also highlight how art comes about through the generating of mutually supportive micro-communities, networks and collaborations, which might centre around buildings and studios such as The Royal Standard in Liverpool, Rogue in Manchester, Islington Mill in Salford, the Birley in Preston and the new Abingdon Studios in Blackpool. In Liverpool, Joe Fletcher Orr’s new work playfully articulates the importance of dialogue and personal affiliations, borrowing from the symbolism of the family portrait to wryly comment on the artist-curator relationship, positing what might be termed the ‘art family’ as though a modern nuclear family. In a different way, Jen Wu’s documentation of her project to rebuild the wall of a demolished building in Salford together with fellow residents raises important questions about community and the role of the artist with regards to gentrification and regeneration.

Lynda Morris said: “I know from curating EASTinternational that the north west has some of the best artists working in Europe today. It is still possible to be an artist who is a moral force in modern history, if you make work about the life of the people in Manchester, Liverpool, Preston, Birkenhead or Cumbria.”

A programme of talks and events accompanies the exhibition, including a talk by Hayward Curator Dr. Cliff Lauson, who curated the exhibition ‘History is Now’ at the Hayward earlier this year, on Saturday 2 May at 2.30pm.

Meet Me at the Mount 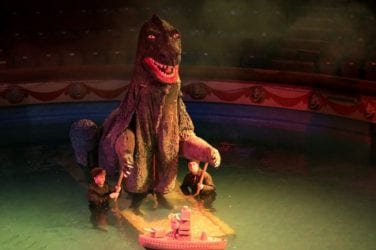 The Grundy’s latest exhibition is set to cause a stir amongst the crowds in ... 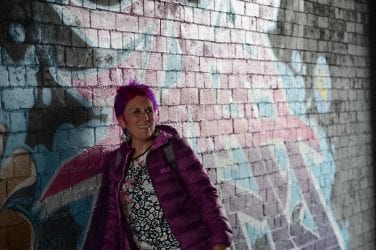 A few months back I interviewed Jill Reidy regarding her planned road trip photographing ... 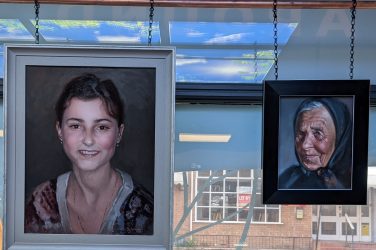