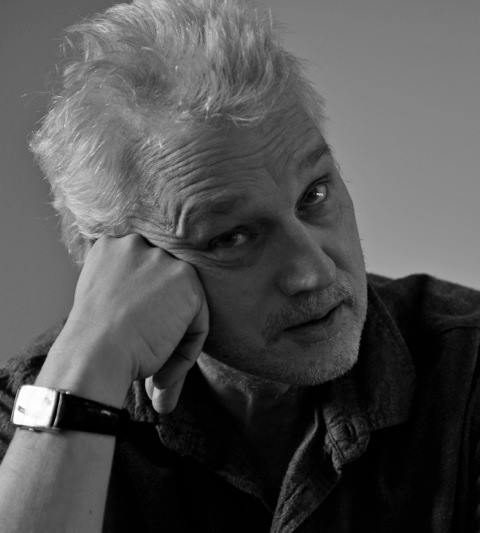 David Knopfler, a founder member of Dire Straits, is set to tour the UK in the very near future, and is making an appearance in Lytham, at Lowther Pavilion, on Saturday May 2, with his ‘Grace Tour’.

I interviewed David recently to find out a little more about him and his current music.

What do you do?

Where do you do it?

Recording studios when making records – stages around the world when performing, coming to the Lowther Pavillion, St Annes on May 2nd.

Why do you do it?

Back in the 17th Century the kids would all be helping bring in the harvest but there’d be this one kid who didn’t seem to know how to do it… He’d be staring at the field of wheat and saying, “Look Dad, how the wind is making the wheat look like a sea of gold.” His Dad would sigh, “Oh no… we’ve got another ‘artist’, better give him a lute, he isn’t any use for anything else.

What else should we know?

My life is an open book.

What are you doing next?

I’ve a couple more shows in the UK to do and then I plan to record another studio album.

Who/what inspires you and why?

There’s no one thing that you can simply point to. Inspiration comes from a whole variety of sources… real experiences, imagined situations, a phrase that resonates – something your loved ones say or do – “When you’ve been writing songs for most of your life, it’s as natural to write a song as breathing”.

Where can we find you?

I’ve been commuting between the US and the UK for the last six or seven years but I’m currently in the process of putting down roots again in England though quite where is still a bit up in the air.

The shows are very intimate. Is that the difference in working as a duo rather than with a band?

I think the intimacy is probably there regardless of the line-up, but obviously adding bass and drums or playing electric rather than acoustic guitar brings a different dynamic.

As a singer songwriter you have recorded a catalogue of albums and are not afraid to open your heart, is this the lot of a songwriter?

When I’m in the studio and I’m wearing my producer’s hat, listening back through the speakers to my vocal performance, I ask myself the question… do I believe him? There needs to be what Springsteen calls “that honesty thing” about a song. It doesn’t necessarily need to be biographically truthful, though if it is, it can help, but it absolutely does have to be poetically truthful. I do think the more risks you take and the more open and honest you are, that your work will resonate all the better for it. But I don’t think song-writing is therapy. Without wanting to get too high-faluting about it, it’s about delivering a piece of work so that somebody listening to it will have their own dialectic with it. Ninety percent of the process is about craft and only ten percent is the art but without the art, there’s nothing.

You are also very aware of social issues, and I believe you have an opinion on fracking, an issue that is very close to so many people in this area?

It strikes me as a really obvious example of the corruption and debasement of public interest over private profit and the way that people like Lord Browne, with a clear financial vested interest in promoting it, have plainly insinuated their influence over the body politic, as well as august institutions like the Royal Society, or the Royal Academy of Engineering, which he chaired, has the makings of a high theatrical drama, if anyone cared to write the play, and could get it past the lawyers anxious about a defamation suit. The risks to the environment, particularly, but not only, our water tables, are substantial and the structural integrity of horizontal drilling has been repeatedly demonstrated to be wanting, as people like Professor Anthony Ingraffea of Cornell University have clearly demonstrated. It’s about as fundamentally a stupid idea as the idea that nuclear power stations make more sense than the ever more efficient wind, solar and other safe green technologies. I don’t, as a rule, put any of that stuff into my work, though it probably does seep into it… analogously, a bit like fracking fluids and methane seep into water tables… heh.

You now live very near Glastonbury, have any of the ancient spirits influenced your creative ways?

I probably owe a lot more to mythologist Joseph Campbell, who I read quite avidly in my 30s, for my somewhat sceptical spirituality, than anything the dog-eared-end of the hippy counter-culture still has to offer in 2015. Glastonbury is a vibey place to visit once in a while and a handy place to buy sage joss sticks or find a decent independent book shop… but I don’t get too caught up in the whole Avalon thing.

‘America’ and ‘Tears Fall’ both were collaborations in a writing and recording way, do you have any more plans to collaborate?

I wrote ‘America’ with Nashville song-writer, Mack Starks – but ‘Tears Fall’ was a solo effort. I’ve co-written a few recorded songs with Harry Bogdanovs, who always brings something to the party. I’m always open to collaborations with other musicians… particularly those I already like and admire. It’s fun and it gets you out of your comfort zone but as I say, it’s with well established artists who have a solid track record of their own, rather than someone who cold calls from the internet with some banal lyric awash in cliche and expedient rhyme schemes. I’m not as a rule short of material – I already have a backlog of several hundred songs I’ve not recorded.

The artist Jack Vetriano let you use one of his images for an album sleeve, yet you create digital art, any plans to create your own sleeve?

I’ve experimented and noodled around with aspects of that with a number of my covers and inner booklets with varying degrees of success and failure. Usually I have quite a strong idea of what it is I’m after. Jack’s piece was an excellent stroke of luck and synchronicity and more the exception to the rule, the way it so usefully dove-tailed to the tracks I’d recorded.

And last, but not least, what is your creative working relationship with Harry Bogdanov?

Harry and I first started working together in the gap between when I left Dire Straits and when I made my first solo album. I was producing a young singer and he was her musical director, and musically we quite quickly found we had sympatico creative ideas, which were to find expression in a number of the tracks on the first David Knopfler album and then again from CD6 through to CD14 and what will be CD15 when it’s made. Harry is a great all rounder – a gifted and unique musician, a useful arranger, a great song-writer and much else. We musically communicate on stage in a very tried, tested, solid but flexible way – which I find creatively very satisfying. He’s also one of a very small handful of my closest friends. We look out for one another.

For more information regarding David Knopfler, tour dates, or tickets.

For tickets and information regarding Lowther Pavilion phone 01253 725610 or visit the website. 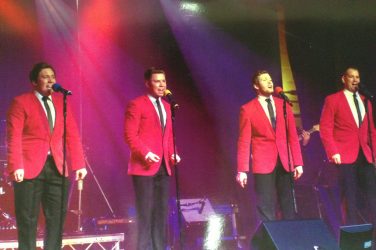 As a big fan of the music of Frankie Valli and the Four Seasons, ...

You could say it is by a stroke of luck and good fortune for ... 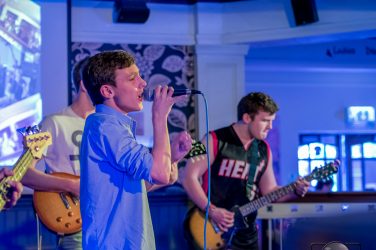 In their own words, Akin began life by choosing their band name as an ...