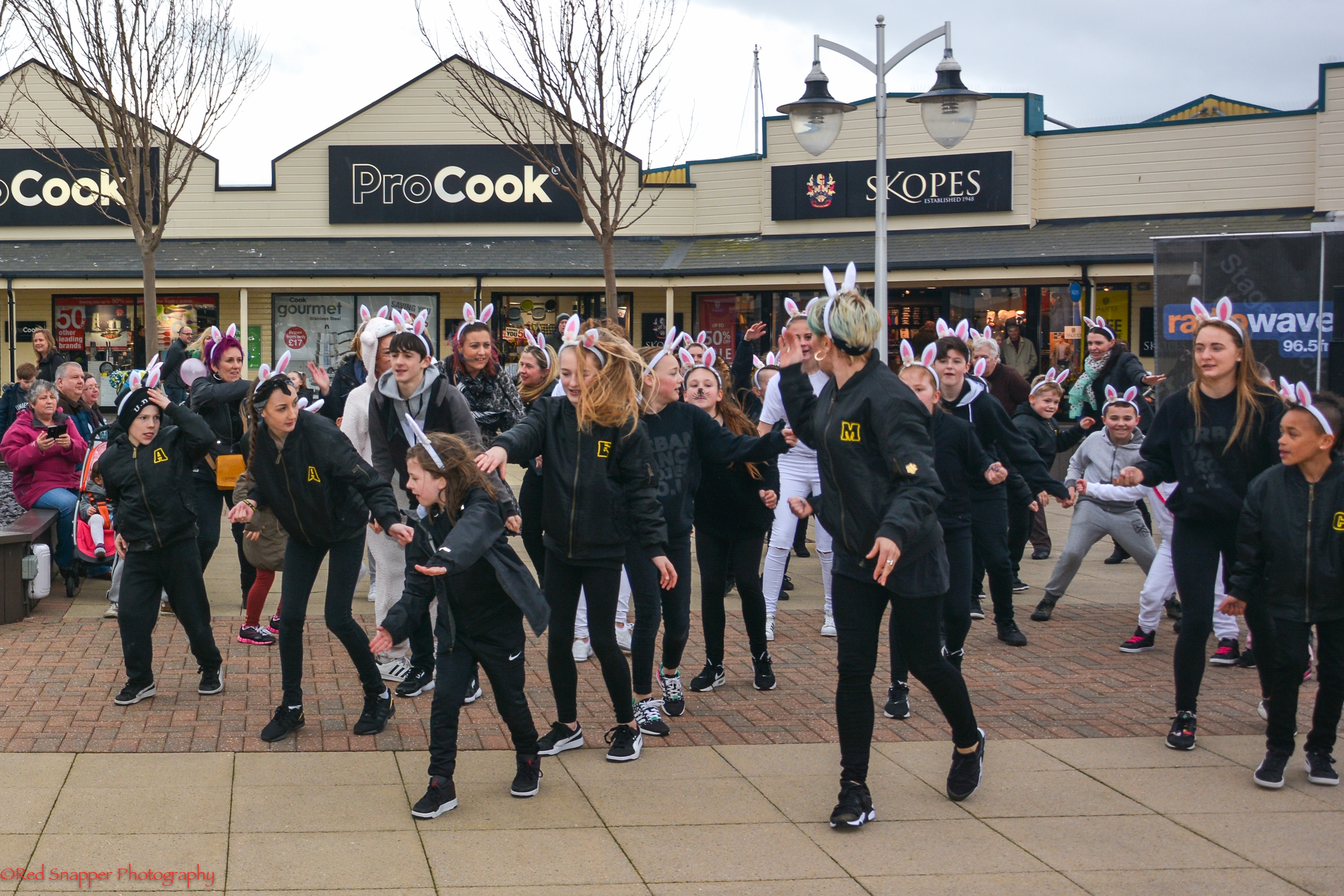 The wind was howling, the sky was overcast, the Easter Parade had been cancelled as the gazebo wouldn’t stay up, but this didn’t deter the intrepid participants of the latest local flashmob, organised by Mimi of Urban Dance Project fame.

This was the third flashmob I have been in, and, as always, there was a great sense of camaraderie and shared secrecy, as we mingled with the Easter weekend crowds at Freeport in Fleetwood. Radio Wave bravely battled the elements, whilst behind a fence, one of Mimi’s helpers ducked down and distributed bunny ears from a large sack, whispering instructions to hide them inside our coats until the signal came for the surprise performance.

“Let’s Go to The Hop”, was suddenly blasting out from Radio Wave’s speakers and the first bunnies hopped into action. Passing shoppers stopped in their tracks, and broke into broad grins as they realised what was happening. Two more groups of bunnies – a motley crew, including toddlers and pensioners – were soon dancing and hopping along to the routine. As it came to an end with a jumping conga around the square the bunnies dispersed and disappeared casually into the crowds.

The Freeport Flashmob was over, leaving behind a host of stunned but smiling faces.

I grabbed Mimi to ask her a few questions. I wondered where the idea for this Flashmob had come from and whether it was sponsored? She told me, “This one was the idea of Radio Wave, a flashmob with an Easter twist. I get asked to do many flashmobs from Man U to splash mobs, shopping centres, fashion shows, event openings and much more. Flashmobs are great to raise awareness and attract a crowd, whatever your event. And what’s even better is they are for everyone to join in. If you have not done a flashmob before you really should, such a great buzz to be a part of it, and the top secret lead in is awesome. A sponsored Flashmob sounds like a fab idea. I think this is something I can do, with all my young dancers going to the World Street dance championships in August.”

I wanted to know how many people were involved. Mimi calculated that this flashmob had about fifty participants, of all ages, both children and adults, but in the past she had done them with as few as twenty or as many as five hundred. “One day I would love to do a huge one with maybe a thousand people, now that would be exciting!”

I asked what Mimi thought people got out of being in a flashmob and she explained “You just need to look on the faces of all the dancers to see it’s so much fun – from the rehearsals to the end performance. We have secret practice groups for the lead to the big day. Everyone can be involved, you don’t have to be a professional dancer, it’s all about taking part. I love doing flashmob as does the community, it’s a great way to get everybody dancing, meet lots of new people, and let your hair down. There are lots of flashmobs in the pipeline so follow our Facebook page for updates.”

I’ve heard there might be another flashmob coming up in a couple of months. I’ll polish up my dance steps before then.

For more information or to get involved in future flashmobs visit www.urbandanceproject.co.uk. Images courtesy of Jill & Joe Reidy.

Music Fest is Grand for Summer 2016 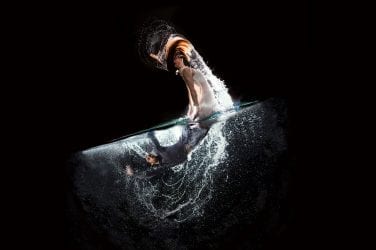 This show proves that it is possible to really enjoy something without necessarily knowing ...

Leviathan Makes Waves At The Grand

Let’s go back to 2014, when Grand Theatre Blackpool welcomed a new horizon, a ... 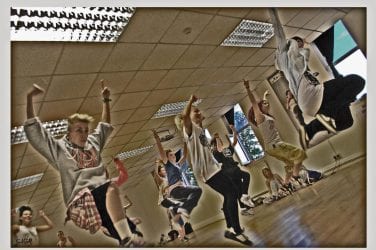 I met Michelle of Urban Dance Project earlier on in the year when I ...