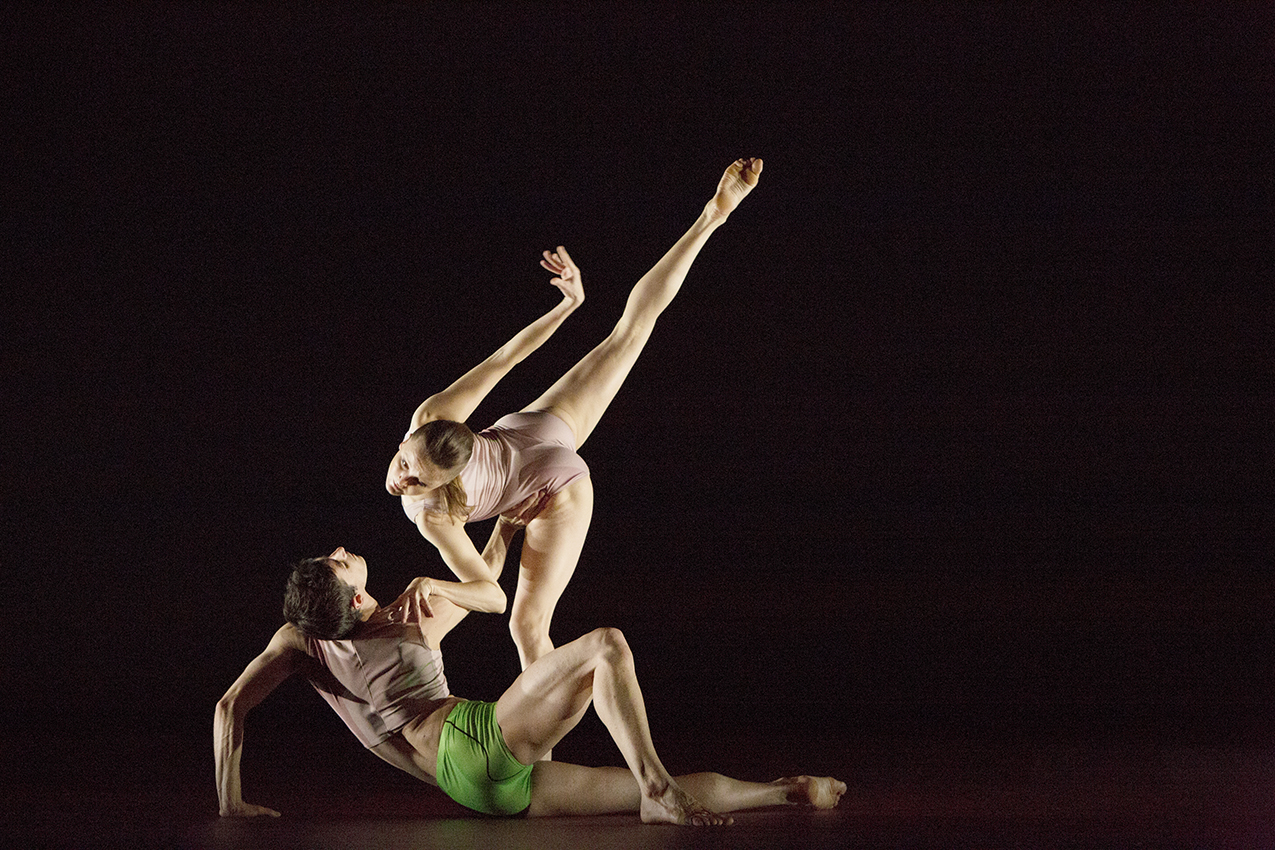 When I was asked to preview ATOMOS, a new work by Company Wayne McGregor, I was instantly drawn to the level of interdisciplinary processes which McGregor employs when working with dancers and storytelling- both scientifically, and artistically. Delving a little deeper in the work of McGregor, there is quite a record of award winning success as a British choreographer and director. He has choreographed over 30 works through his own self named company, whilst being resident choreographer at Royal Ballet, professor of choreography at Laban Conservatoire of Music and Dance and has an Honorary Doctor of Science from Plymouth University.

There is real evidence and knowledge of classical training simultaneously attacked by McGregor’s more personal line of enquiry which reconfigures classical language by using his choreographic style to think through and with the body.

On arrival at the Grand Theatre I was presented with the ATOMOS programme which asked me to think in the mindset of Wayne with one simple opening question… what is a body? Artistically and scientifically this is quite a difficult question to fully answer, especially if you ask yourself to consider the body as a vessel that holds both scientifically proven and creative, more qualitative data. It is also a jumping off point as the audience to be asked a question before seeing any aesthetic attached to the work; showing that Wayne’s intention isn’t to merely present a finished showcase; more a process and approach to be considered and raise further questions.

One thing that struck me upon the piece starting, was how instantly fixated I was on the effortless of such technical ballet and contemporary ability. Dancers intertwined and using there bodies almost like antenna, scoping their environment in relation to physical space and also each other. I began to consider my own body and its relationship to where I was, who was next to me and how we were connected or isolated as a component.

It was now apparent that the initial question was going to linger in my conscious thought throughout the performance. ATOMOS also had an interesting creation process, with McGregor directing dancers to work with an artificial intelligent, life size, digitally rendered ‘body’ in the studio. This manufactured ‘body’ mimics the growth and movement that makes bodies, well, bodies. This made the live performance more compelling when considering all ‘things’ and what ‘things’ do.

As an audience member I was thinking and therefore I began to feel part of the whole process as if an addition to the work was a level of improvisation to the outcome of what the space was doing, not just the stage. In thinking (rather than just watching) you could argue that the audience are also moving forwards, progressing and choreographing their own movements in a new found relationship. This immersion did not fully lift off for me, trying to actively think versus commercially watch was interrupted by having to negotiate 3D glasses as part of engaging with the video works suspended above the dancers. 3D glasses are something I notoriously associate with mindless blockbuster movie experiences; however it did leave me having to make a choice; do I engage with the whole or do I exist as my own atom within a bigger cellular experience and do what I im drawn to do rather than meet expectation. Maybe McGregor knew we would struggle to connect with both simultaneously and this begins to analyse the societal ways of absorbing information.

All of my feelings and thoughts towards the piece are reflected in the carefully chosen team who have collaborated on ATOMOS including film and set photographer Ravi Deepres who is influenced by the resonances of space which impact profoundly on human behaviour from a subconscious and psychological perspective. There is also costume design by leaders in fashioned technology, XO and lighting design by Lucy Carter who has long collaborated with McGregor and his process. This shows to me that the collaboration process is integral between professionals who fully understand their craft and how to implement it to desired effect for the choreographers work to flourish.

With the work feeling truly exploratitive against traditional modes of communication, I have reached a place where the legacy for me is psychological; perhaps something that will impact improvisationally when faced with spaces and interactions that I am either obliged to or desire to connect with. I now wonder whether the piece is ever finished or whether it lives on through new arms, legs, minds extending out from the ‘body’ which McGregor built.

Preview: A Night of Dirty Dancing

A Night of Dirty Dancing comes to the Grand Theatre on 21 March. Described ... 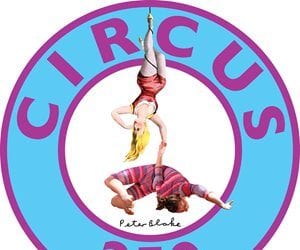 Blackpool Named as a City of Circus in 2018 Celebrations

Today, the Circus is popular across the world, but did you realise this live ... 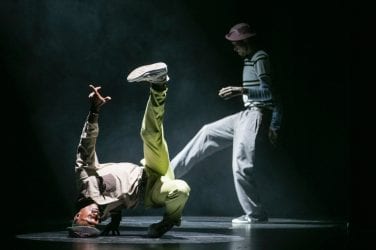 On Saturday night I headed to the Grand Theatre to enjoy the UK’s biggest touring ...