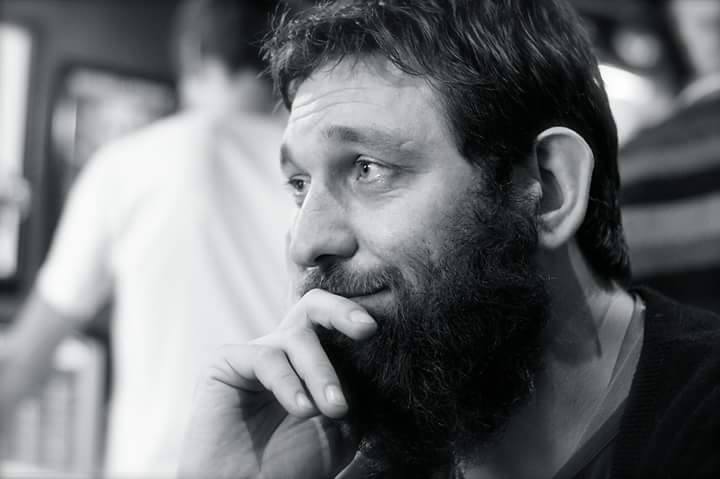 Spoken word is on the rise. Advertisers are starting to notice that those who have been laying down words on the ears of audiences in the know, have become more renowned, outside the usual Edinburgh Fringe and art festival goers.

Last year, the Pub Poets, who meet the first Sunday of every month down at The Bootleg Social on Topping Street, started bring amazingly talented spoken word artists to Blackpool.The first Pub Poets night of 2017 is on January 8 and they have an incredible guest in store for you.

Monkey Poet (aka Matt Panesh) has been treading the spoken word boards for the last 10 years. He performed at 8 Edinburgh Fringes, has curated the spoken word section of the PBH free fringe, been a judge for the BBC Poetry Slam, performed at many arts festivals across the country and had more 4 star reviews than most people have packets of crisps – with a fair few 5 star ones thrown in for good measure.

I managed to catch up with Monkey Poet and ask him some questions.

Colin: I know you are quite socialist in your views and caustic with your comedy? So do you see the political landscape that we are facing in 2017 as a crying desperation or a darkly humorous tragedy?

Monkey Poet: Both. One goes hand in hand with the other. Like that old line, “still, gotta laugh haven’t you?” Yes there’s desperate tragedy but humour brings with it hope, and defiance. Laughing in the face of.

CD: You’ve been doing this for 10 years now. How has your material changed in that time?

MP: I’ve finally learnt it! Joshing aside, actually, it’s changed loads though whether the audience see that I don’t know. My approach has changed, largely through necessity. Poems still strike me when I’m in the shower or up a hill, generally miles away from a pen. When I first started out, it was poem, poem, poem without talking to the audience. Then, the audience interactions grew. This year’s fringe was a lot of chat punctuated with poems. I’ve got new a character, Roger Cumsnatch, which is the first time I’ve played with that although I’ve done a bunch of solo plays. The theatre side has morphed into more storytelling. The material itself…The detail changes, as in different governments and so on, but rather depressingly the bastards are still the same bastards with different names, that’s lent a philosophical edge to some poems, like the Zen tranquillity one receives from repeatedly smacking your head against a wall. Eventually one breaks through.

CD: So you’ve developed more chat? Was there a performance that made you think, a poet you went to see or moment the happened on stage which made you realise this was the way forward?

MP: Not really. It developed organically. When I started out I was really against speaking to the audience. I thought the poems should speak for themselves. Then, when I first put together an hour show and performed in Canada I realised I had to explain things to the audience, so I did that by “stepping out” of the poem. Breaking the fourth wall. Then, the introductions became set ups and the poems punchlines or visa versa. It’s nice that I’ve completely contradicted my original position through development. Which doesn’t mean I’m going to vote Tory after that first million….

MP: Simples. I stepped forward. The whole free fringe is run by volunteers. The previous artistic director wanted to take a year out. I said I’d do it. Fay Roberts came back after a year out so now we share it. We’ve just started allocations for 2017 and have 40 odd applications already. We produce more spoken word than any other product in Edinburgh. It’s down to Peter(Buckley Hill) seeing in 2010 that spoken word was on the up and dedicating a space to it purely. There were 9 of us in a room back then. This year we had 60 shows out of over a hundred applicants.

CD: Who’s your biggest influence over your poetry and performance?

MP: Biggest influence? Poetry wise it’d have to be Mike Garry. He was the first poet I saw get up and perform in the pub round the corner. I was up the week after performing poetry for the first time. Performance and attitude, it’s a long list of comedians really, like Bill Hicks, Richard Pryor, Lenny Bruce. I regard them as the holy trinity of outsider comedy. Also Robin Williams for his ability to shift characters in an instant, like ten times in a single joke. ‘An evening at the met’ is a master-class. Rik Mayall for his people’s poet character… it goes on.

CD: Is there anyone in the scene, both poet and comedy, that you’ve been keeping an eye on?

MP: A few that I’ve known who’s time is either coming or should have. Dandy Darkly from New York is someone whose name should be in lights. I’ve seen his last three shows. Fantastic writing, dark, macabre, perverse and hysterical. He does four story poems connected by a theme. Genius. Thick Richard’s show ‘Swear School’ was great, hilarious and a different direction for him. Big Charlie Poet runs a great night in Lancaster at the Three Mariners called ‘Working Title’. He’s writing a full show so I’m looking forward to that, and Jackie Hagan. She will fly like a rainbow tinted rocket this year, I think.

CD: We love Jackie up here – she was a former guest at Pub Poets as part of Blackpool Music Festival! Do you have any advice for someone wanting to get into Spoken Word?

MP: Write from the heart. As long as it’s true to you it’s perfect. Work on your performance. You’re always learning new ways to communicate with audiences. Get as much stage time as you can. Enjoy it. I used to nearly vomit with nerves before a show. Laurence Olivier actually did. Loved the shows though.

CD: What do you do to cope with the nerves?

MP: I used to drink, and if I’m doing just the poetry I still have a couple of pints. But when I started doing the plays as well, I couldn’t. In 300 to 1 for example I played something like 25 characters with quick changes so I had to be on it. But actually, now I accept that nerves are a part of it. It’s nervous energy. Your body is preparing you to say to everyone in a room, hey, look at me! You have to be confident that you’re not wasting their time. That’s your end of the deal.

CD: So you have an ‘entertain the audience first’ approach?

MP: Very much so. You don’t have to be a slave to the audience though, you know, write for what you think they will like. Remember. Everyone in the audience (with the exception of critics!) is there to be entertained. They’re on your side from the get-go. They want you to be good. They want to enjoy your stuff. Remember also, you can’t please all the people all the time. So my guide is you write what pleases you. You’ve been an audience member often enough. Trust your own opinions and taste.

CD: Right, one last thing. we’ve seen the adverts, read the reviews and smile at the tag lines. The floor is yours, tell us why a night with Monkey Poet will be a show not to miss?

MP: Like I said, if you give me your time, I’m confident I won’t waste it. I’m grateful to every audience member because time is the most precious thing you have in this life and for someone to spend some of that on me really means something… And also, sometimes there’s nudity.

Marvels And Mayhem At The Tower Circus Collection 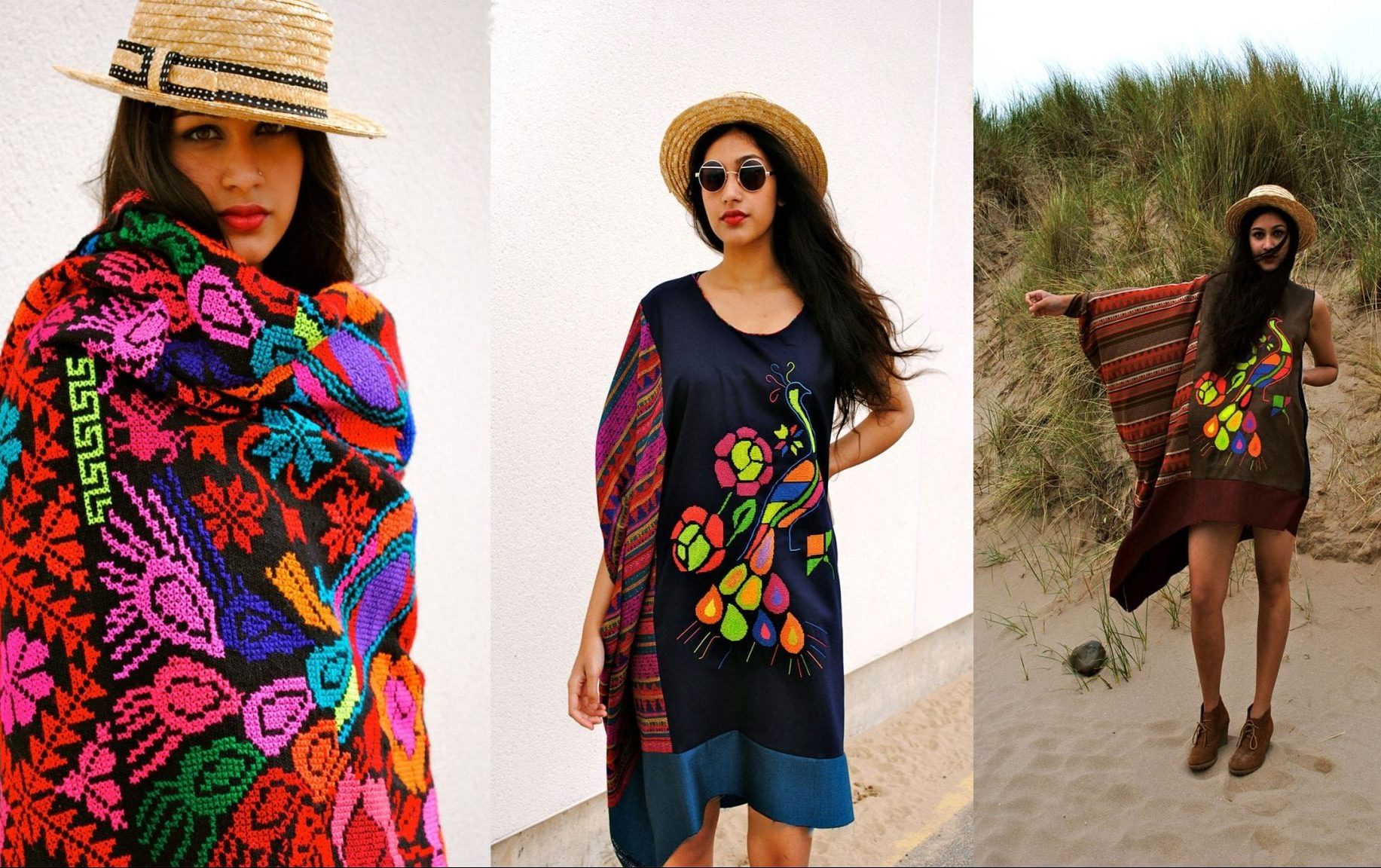 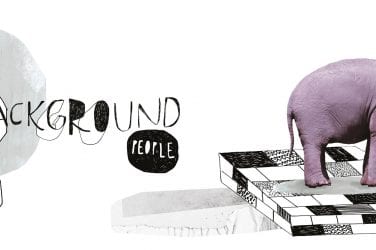 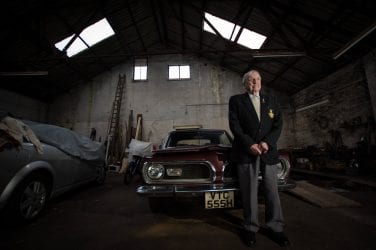