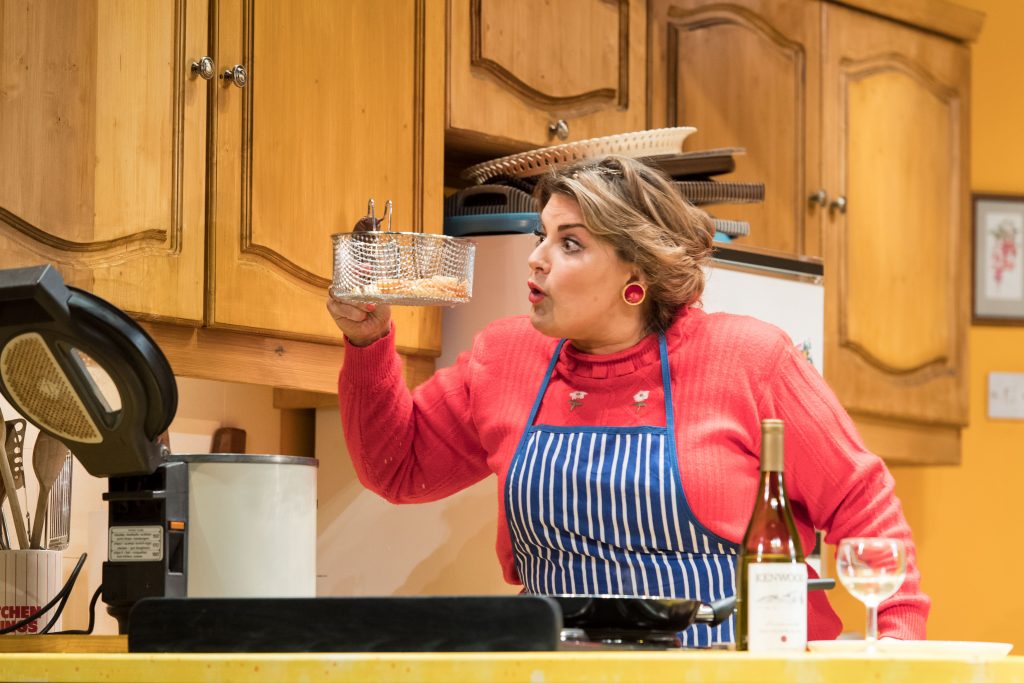 Willy Russell’s classic award-winning hit of stage and screen Shirley Valentine opened at Blackpool Grand Theatre last night starring TV’s musical darling Jodie Prenger and gained standing ovations from audiences who were held in the palm of her hand throughout.

This new touring production returns to Russell’s original script: a one-woman piece that sees Shirley, a middle-aged Liverpool housewife, whose kids have left home, making chips and egg for her husband while talking to the wall. Throughout the whole of the first half, she questions what has become of her life and mourns the brave, feisty girl she used to be. A surprise free ticket to Greece enables her to plan a secret getaway and here, during the second half of the show, she has a life-changing experience of sun, sea, sand and….starting to see herself very differently.

The heart-warming comedy premiered onstage in 1986 and was adapted into an Oscar nominated film in 1989 starring Pauline Collins in the titular role and Tom Conti as Costas; the Greek taverna owner who takes Shirley on a Christopher Columbus journey to discover, amongst other things, her own clitoris.

Now, on its 30th anniversary, Jodie Prenger, best known for winning 2008 BBC television series I’d Do Anything stars in the first major revival of this national treasure and generally she does pretty well. It may help that the audience of this local girl are warm from the first; eliciting a round of applause before she has even opened her mouth (the unkind side of me, wonders if some wished they’d refrained until they’d heard her take on a Scouse accent). However, credit where it is due, Ms Prenger fills the stage during this 2-hour show, bringing Russell’s script to life with plenty of physicality, hitting the comedy lines with expert aplomb and navigating her way through the complexities of depicting her characters’ relationships with a wide range of people she meets with charm and credibility.

Although the scenery was far superior in the first half (special mention should be given to the company who can create an edible plate of chips and egg live on stage) the narrative of the second half felt more relevant to today’s audiences. Valentine is very much an 80s woman; tantalised by new concepts of feminism, travel and breaking traditions yet trapped in an old notion of marrying young, maintaining routine and sidelining your own dreams and personality in favour of your husband’s and children’s. Perhaps due to the success of the piece 30-years ago, the language feels slightly cliched and tired and maybe the producers missed a trick in considering an updated version.

By contrast, second-half Shirley is everywoman; taking us through a more philosophical, outward-facing set of contemplations which feel more pertinent to all: Making the most of life and not wanting to die with an excess of self left unspent is a timeless adage that hits a poignant note. As the sun sets on the Greek island and the audience rises to its feet in rapturous applause, we can leave the auditorium with a greater sense of positivity for our our own achievements, dreams and battle scars. That’s a great antidote to a hurricane-hangover autumnal night for anyone.

Shirley Valentine is suitable for ages 14+, it plays at Blackpool Grand Theatre until Saturday 16th September. Tickets cost between £22 and £29 and can be bought online here, in person at the theatre or by phone on 01253 290 190. 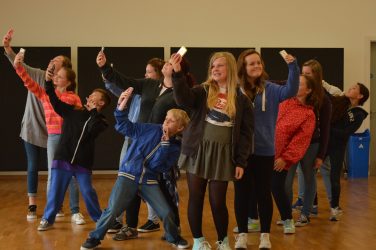 Now, as anyone who as ever met me for more than two minutes will ... 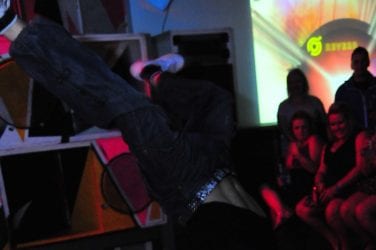 For its third year, and supported earlier on in the year by the Grand ... 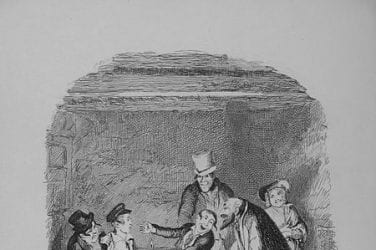