It’s Spring 1962, and I’m 15.  Below the Market Street side of Blackpool’s Town Hall, I glance up at the stained glass windows of the Council Chamber, a rare piece of surviving Victorian splendour, before Samuel’s Jewellers (still there today), and Owen Owen compact department store (now WHSmith) coax me along the narrow pavement of Bank Hey Street and the Commissionaires’ Lobby (Stage Door) of the Tower Building.

I am not here to see Blackpool Tower Circus with Charlie Cairoli and Paul, though the pong of wild animal dung seems to linger from last Summer, as well as many seasons before.

No – I am here to see ‘The Scottish Play‘, presented by staff and students of Blackpool Technical College in the round of the circus ring.  It’s a valiant visualisation by the producer and his staff.  I’m  here to see my friend Colin, now at the art college, as an ‘Attendant Lord’; “there to swell the ranks of performers”, he says.

Though there were touring versions of London shows at The Grand (I remember enjoying The Mikado by The Doyly Carte company) and The Opera House (memorably The Royal Ballet in The Nutcracker, and a stage version of West Side Story complete with wired-up walls), if we wanted Shakespeare, we had to do it ourselves or rely on local amateur groups.

I can say honestly that those two Wednesday to Saturday trips, in addition to the Circus Macbeth performance, changed my life. I have been a live theatre supporter ever since.

Now the RSC (Royal Shakespeare Company) has announced outreach programmes to five regional theatres, Blackpool’s Grand being one.  This is a welcome contrast to the recent losses of the ABC/Hippodrome and the former Regent Cinema.

The Grand is now part of the RSC Learning and Performance Network (LPN) which offers in-depth training for teachers and a variety of dynamic teaching approaches in schools, including artist-led projects and performance opportunities.  Extensive school and college participation is expected over the next three years, bringing Shakespeare to life and culminating in a Shakespeare Festival in the third year of the programme.

As one of only ten theatres in the country to take part in the LPN, this is a real boost to cultural enrichment in the community.  A full programme of events is to follow in the near future.  Watch this space. 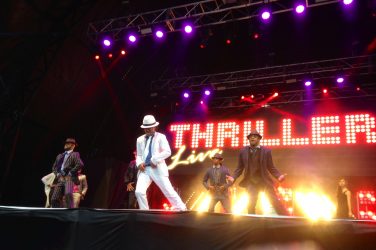 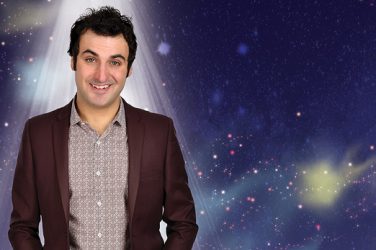 Catching up with Tramshed Theatre