Last month those four gorgeous ABBA beings announced their return to the studio to record two new songs. Due to be released in December, they will be the first new material from the fabulous flared-trousered four in 35 years! Blackpool Grand Theatre made their own big announcement recently too – that  their big show this summer is ABBA Mania, coming to the theatre for an eight week season and it couldn’t be more timely.

In a bumper year for Abba fans, an immersive exhibition based on the band’s career is running on London’s South Bank, while Chess, the musical, written by Bjorn Ulvaeus and Benny Andersson alongside Sir Tim Rice, is being revived in the West End.Not to mention Mamma Mia 2 is released in cinemas on 27th July. The country will be awash with ABBA nostalgia and Blackpool Grand Theatre will be playing a huge role as it stages this iconic show.

For those aliens who just landed from another planet here’s the story so far.  In 1974 ABBA won the Eurovision Song Contest with ‘Waterloo’. They went on to write and record some of the most iconic songs of all time before they disbanded in 1982 after becoming one of the best selling music artists ever. Forty four years after their Eurovision success, love for the most famous Swedish foursome still thrives. So this summer in Blackpool there will be a lot of very happy ABBA fans.

Blackpool’s Grand Theatre is delighted to announce its big Summer Show for 2018. Working in partnership with Producer Stuart Littlewood of Handshake they will present the original tribute from London’s West End ABBA Mania, for 8-weeks this summer.

ABBA Mania the tribute, a show that has been running since 2000, takes you back in time, recreating one of the world’s finest pop groups in a live stage performance, featuring  iconic ABBA hits including; Knowing Me, Knowing You, Chiquitita, The Name Of The Game and  Waterloo.

Having toured the show extensively throughout Europe, America and Australia, making this the world’s most successful touring ABBA show, selling out everywhere it goes, HANDSHAKE Producer, Stuart Littlewood, said,

‘We are so excited to hit the Vegas of The North, Blackpool, and returning this year for 8 weeks will ensure that once again residents and tourists  will be entertained with the legendary songs of ABBA. With the sunshine, the Tower, stunning promenade, sunsets and fantastic atmosphere – Blackpool is as iconic as ABBA themselves!’

So ABBA fans everywhere, put out an S.O.S and head for the Summer Night City (Blackpool, of course), because ABBA Mania is the Name of the Game. (Sorry-I can’t resist).

And tell your mother.

To book tickets at blackpoolgrand.co.uk, call 01253 290190 or visit Blackpool Tourist Information Centre on the promenade.

This weekend brings a wealth of live music performance.  Whether you have a penchant ... 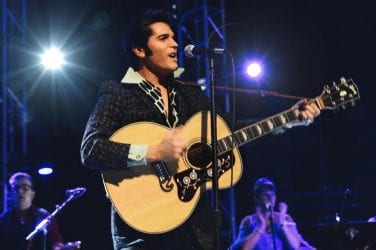 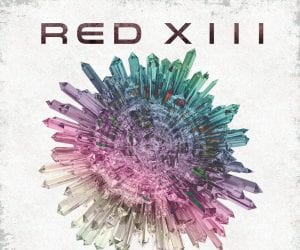 There’s a moment during the song, ‘Illuminate’ where Sean Donovan growls, ‘I am the ...