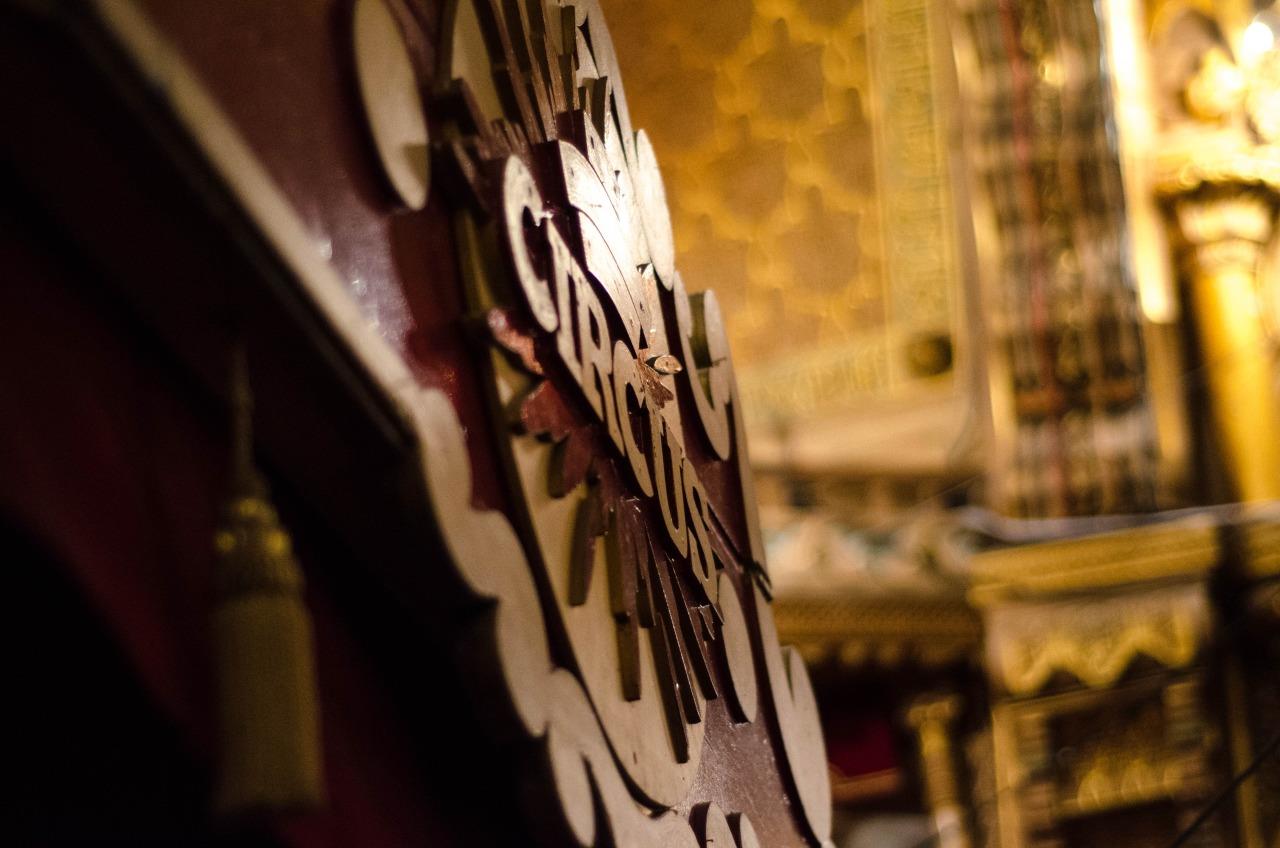 I caught up with The Ring Master, Dea Birkett  the women behind Circus 250 to see what it has in store for Blackpool this summer.

q. Blackpool has often been known as a “circus town”, tell us more about Circus 250.

a. Circus250 co-ordinates and promotes over 250 events that are happening UK and Ireland wide to celebrate the anniversary. We work on a Six Cities of Circus model – six UK cities that have rich circus heritage and great circus you can see today. Blackpool is top of that list, a City of Circus. We also have events at national museums such as the V&A and Science Museum, in theatres, in archives, libraries and, of course, circuses themselves – both contemporary and traditional. Sir Peter Blake, one of the many artists inspired by circus, has designed our logo.

One of the main aims of Circus250 is to unearth and demonstrate the circus that lies at the heart of our culture. It isn’t only found in circus performance, but in literature (from Angela Carter’s Night at the Circus to Dr Seuss), film (from Fellini to The Greatest Showman), design, fashion (Vivienne Westwood’s last catwalk show was circus themed) and more. It is part of our culture, embedded it in, even if we don’t know it. Blackpool is an excellent example of that.

The challenge today is to recognise circus as an art form, alongside dance, theatre and opera. More people go to see circus each week than opera, yet it doesn’t get the same profile and isn’t treated as seriously. Why not? It is a fabulous, live, visceral, sensual, expert form of expression, which engages every one of our emotions and senses. We cry, we laugh, we gasp, we put our fingers over our eyes. What other art form makes us feel all those things? What other art form can we smell, taste and feel as well as see? My hope for Circus250 is that the joy of circus in all its many forms is brought to everyone, both as audience and participant. We all need a little circus in our lives.

q. Tell us more about you and your connection to circus.

a. As a child, I remember the circus pitching up at the end of our street. Like many, it was the first and for many years the only live performance I saw. That image of the wonderous travelling players, who transformed the shabby park each year, lingered. After I had my first child, I knew, if I were ever going to be part of that travelling show, I had to do it then before too late. So, aged 30, I ran away to the circus. I adored the international community – Moroccan tumblers, Chinese acrobats, Ukrainian hula hoop girl … and the way in which we trusted each other every day with our lives. It was and is an extraordinary place, full of cross cultural understanding. After leaving the circus as a performer, I remained part of that community. When the opportunity came up to celebrate 250 years since the first circus in 2018, I knew I had to seize it. Shakespeare400 was ringing in our ears. If they can do it for Shakespeare, I thought, we can do it for circus. It has a few more feathers and is so much more fun. So I established and became Ringmaster of Circus250. I ran away to the circus for the second time.

q. What has been the highlight event for Circus 250 so far?

a. The unexpected liaisons and discoveries make my heart soar. For example, I discovered Dame Laura Knight’s famous and fabulous circus painting The Grand Parade was in store in the small Newport Museum in Wales. It hadn’t been seen since the 1970s. Because of the Circus250 celebration, it was brought out for the first time and enjoyed not only by the people of Newport, whose youth circus put on a performance about it, but toured to Bristol. At the National Gallery, Dublin, aerial dancers are going to scale the walls while inside visual art is displayed that’s influenced and inspired by circus. I love this mixing of mediums, demonstrating how circus is everywhere.

q. Why do you think Circus has such a special place in peoples hearts?

a. There’s nothing more real than circus. The performers are risking everything, often their lives, right in front of you. Unlike any other form of entertainment, it engages all the senses. You don’t just watch it, you smell the sweat, feel the scratch of the sequins, hear the music. It’s sensually rich. In a world which is increasingly virtual, real has even more attraction. Circus is one of the few places where people can still experience this sensuality, authenticity and immediacy.

Get involved with Circus in Blackpool through a series of events:

THE BLACKPOOL TOWER WEEK OF CIRCUS

Monday 9 & Tuesday 10 July: First auditions take place for Circus250 Star of the Future.  The winning act(s) will be invited to appear at the Special Charity Performance of the Blackpool Tower Circus on Friday 13 July.

Wednesday 11 July: A Night with the Endresz Family.  Starting at 7.30pm, the evening will be hosted by a VIP compere discussing the Endresz Family involvement with the Tower Circus for over 25 years including their history and background with some special circus performances.

Thursday 12 July: The Blackpool Tower Circus Parade will set off at midday starting at Central Pier, travelling along the Promenade with circus acts, performers and lots more making their way back to the Tower Circus via North Pier in time for the afternoon circus show.  The parade will be led by resident clowns Mooky and Mr Boo.

Friday 13 July – Ending the week will be a Special Charity & VIP Show of the world-famous Blackpool Tower Circus including Mooky and Mr Boo, the Tower Circus performers, a one-off performance of special circus acts plus the winners of the Circus250 Star of the Future.  All proceeds will go to the Blackpool Carers group.

THE ART OF CIRCUS

July 14 to September 7: The Grundy Art Gallery’s summer programme will deliver a series of inter-connected exhibitions that explore the history, themes, ideas and images of circus.

August 31 to November 4: Circus250 will be celebrated in a new promenade display of circus clowns, a specially-designed big top and a new projection show on the front of The Blackpool Tower building.

Various dates: A late-night riding and fireworks event on July 7 will feature circus-themed performances and a screening of The Greatest Showman from 7pm.

The spectacular Hot Ice show, which runs from July 5 to September 8, will see one of the world’s great ice shows incorporate some amazing circus skills.

The Circus of Horrors show returns to Blackpool Pleasure Beach from October 26-31. This show boasts bizarre circus acts woven into a sensational shock-horror story and the darkest of magic! Click here for further information. 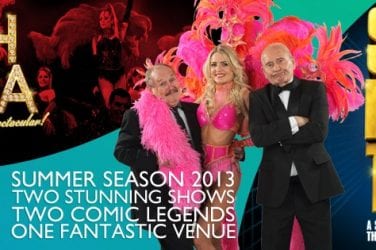 Blackpool Grand Theatre is treating its locals to a very special discount offer for ... 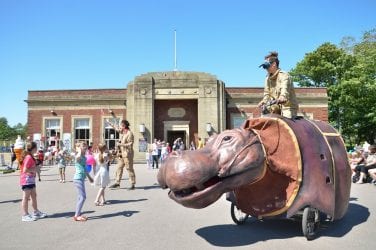 It’s the 11th Wordpool event and there is no slackening of the pace in bringing ... 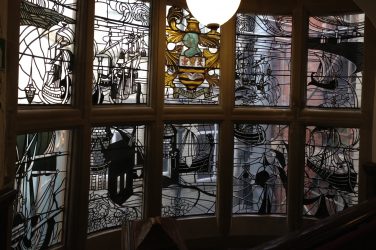 A new initiative to help those with dementia is to be launched this week.  ...