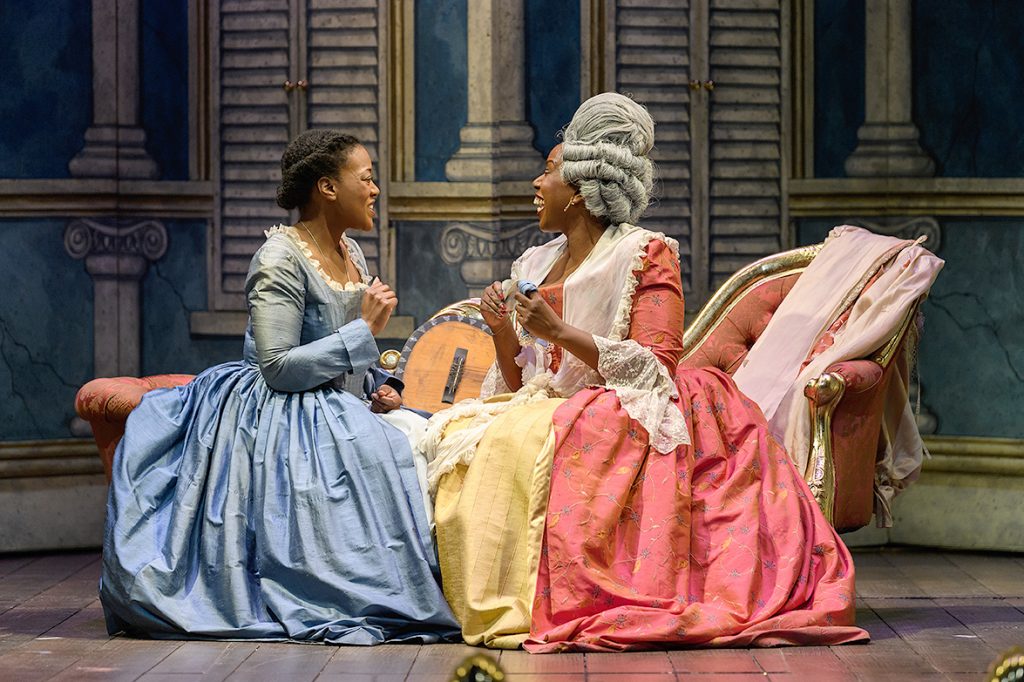 As a nice touch, this rendition of Mozart masterpiece The Marriage of Figaro from the English Touring Opera, commenced with the cast donning costume and setting The Grand stage during the overture. I didn’t think I had this music in my collection, but recognised it instantly and so probably have it on some compilation. This version was sung in English but also had subtitles on a screen to the stage’s right, which worked well while distracting from the action somewhat. This was quite an evening of entertainment.

As the metaphorical curtain rises we find ourselves at the start of Figaro and Susanna’s (respectively servants to the count and countess) wedding day. Both are optimistic but aware of the count’s fairly evil intentions; although feudal rights have been abolished, the count is still out to exercise them with Susanna if he can: the cast demonstrated what these rights were with vigorous pelvic thrusts. The plot is convoluted and basically consists of attempts to challenge the count’s womanising and lust for Susanna by stitching him up. Although outwardly about Figaro and Susanna, really the central relationship is the count and countess’s empty shell marriage. The countess’s aria was the most touching part of the show for me: here she re states her love for the count and bemoans the loss of their original tender relationship.

This is all very well but the various plots keep misfiring, often through the count overhearing conversation or intercepting documents. Misunderstandings and mistaken identity abound with often hilarious consequences while threatening the on stage relationships. There’s a lot of lying. The servants are acting well beyond their prerogative and the countess notes this in her aria; she is reduced to conspiring with the help. By the end several marriages have taken place, Figaro’s real identity has been revealed (after he nearly married his own mother) and the count and countess’s relationship has been restored. A happy ending that took a good long while to get there; this is one of the longest shows I have attended. Hats off to the principal singers who really don’t get much of a break at all. On the other hand some characters seemed to have little purpose beyond making smart comments. The orchestra played with great quality and professionalism.

The cast was diverse and sent out strong message that opera is not just for the white middle class. It was good to see a singer in a ‘trouser role’ as the priapic Cherubino. The standard of singing was very high, although a tiny bit shrill at times; interestingly this shrillness disappeared at the end when voice boxes must have been getting tired.

This is a genuinely funny piece of music, bearing in mind that the situations do appear to put relationships at significant risk at times. The ensemble set pieces repeated certain lines several times and I think some people were wondering whether quite so much repetition was strictly necesary; however, the sound of those finely tuned voices was magnificent. Unfortunately some people did not return after the interval. Somebody near me did everything but yell ‘Get on with it!’ at the stage. As the evening wore on towards 22:30, I did get the feeling that some people were wishing that plot twists were not still appearing and wondering when the count would be confronted by his wife. It’s all a bit passive aggressive really; why doesn’t the countess just tell the count that unless he gets it together, he’s not going to have a wife?

The count is an interesting character. Yes he’s a bit evil, particularly in plotting to s*** Susanna, but as everybody else in the cast seem to be out to stitch him up, one can’t help feeling sorry for him. One gets the feeling that it’s circumstances that have made him evil and if he can get it back together with the wife he’ll be ok. Poor diddums! On the other hand his sense of aristocratic prerogative is clear, whilst being balanced by vulnerability.

Both audience and cast needed some stamina to get through this and despite the performance quality, I admit to nodding more than once in the quiet passages; generally the quality of singing and the unfolding story kept one totally involved. It is difficult to keep up with that story; plot lines start off and fail halfway, so it’s tricky to keep track of where everything is at. Despite this, this opera is rightly viewed as a classic.

In addition to the comments above, excellent sound quality, simple yet effective scenery and costumes all helped to make a great show that would be a good introduction to opera. The Magic Flute, written considerably later than ‘Figaro’, is coming soon to The Grand for all you new Mozart fans. Despite the departures mentioned, the stalls and dress circle were pretty full; there’s clearly a market for the Mozart masterpiece in Blackpool. A very enjoyable night at the opera. 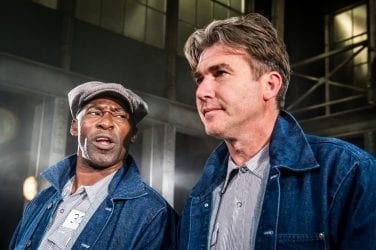 The Shawshank Redemption is modern classic of cinema, it jumped on to the screen ...

Cats at the Opera House

I attended the Blackpool Opera House last Tuesday morning for a cup of coffee and ... 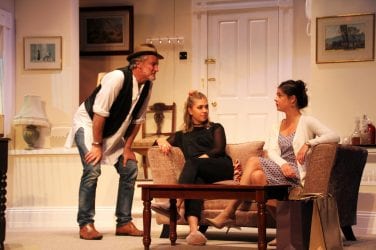 Blackpool has a long and proud history of men masquerading as women in the ...