During lockdown – one of the strangest periods in recent history – Susanne Johnson of Mrs Johnson’s Emporium began to make PPE for the local hospital.

I know you’ve always been community minded but How did these lockdown projects come about?

Knitters, crocheters and sewers are always contributing to good causes with their work.  They’ve ‘knitted knockers’, made fish and chip baby blankets to send to Africa, traffic-light hats for babies in incubators, poppies for veterans and wrapped homemade scarves around lampposts for the homeless in winter.  So of course the crafter’s first response is, “How can I help?”  And to help they needed supplies, and to get their creations to the nurses and doctors when our local hospital turned them away they needed help again.  So I had two tasks to fulfil so the help got to the right people during lock down.  I didn’t have time to be bored at all.

Fantastic to feature in Great Inspirations magazine. How did they get involved in the first place?

They contacted me asking about the PPE production, they thought I’d made it all.  I actually didn’t have time to make anything, we were also doing hand deliveries and collections of wool and haberdashery to keep people sane during lockdown.  I was happy to talk about the work of others, Blackpool and Crafters in general should be proud of the time and money they contributed to PPE levels.

How did you feel when you knew you were going to feature?

I was thrilled when I found out there was going to be some publicity, but I haven’t seen any articles about it in any media, just the information they sent me themselves.

How many items did you produce in total? Or did you lose track?

I didn’t lose track, I never had any track at all!! It was all so haphazardly pulled together as more and more information came out about the scandalous lack of equipment, as more and more crafters started making, as more and more people put ideas of what to make and how to make them online or told crafters they knew.  I know one lady who made at least 700 face masks for the care industry, another who with contributions of old bedding and other machinists made more than 4000 kit bags, people who began producing scrubs, little old ladies who made dozens of ear savers or pairs of hearts for patients in ITU to have one and their family to have the other of the matching pair.  They were like an army of carers for the frontline carers.

What do you think it means to the local community to see such a positive outcome from lockdown?

I don’t think it means a thing.  I think the general population know nothing of what these people did.  And even the healthcare recipients only know of one small part of the work, they are unaware of the scale of the donation effort.

How many people were involved?

I have absolutely no idea.  There were lots of little and not so little units of crafters working in silos, each not knowing about the others.  But all working amazingly to produce home made PPE, they couldn’t have worked harder on a full time wage.

I’m sure there were benefits of producing the masks etc apart from the actual production. How did it affect the mood of the participating people? Do you think it helped to stay positive?

There are lots of parts to the answer to this question.  People were worried, and especially worried about the healthcare frontliners, often about friends and family in these roles.  They were delighted and proud to be able to help.  They were conscientious, knowing that everything they could make would be very useful.  They were happy to support others and to work with others to increase production.  Upsettingly they were heartbroken when their ‘makes’ were turned away from our local hospital, many were sending the PPE they’d made elsewhere, to Wigan and to Liverpool to name just two.  I think they were a little lost when their efforts were no longer needed, and what a shame there has been no ‘thank you’ to them.  I felt that the award was a thank you to all of them, not just to me at all.

Did you all work in your own spaces? If so did you get together via Zoom or other social media?

We all worked in our little spaces, many were older and not particularly IT-savy, nor IT-equipped.  I spent much time on the shop phone having conversations with people locked down on their own who hadn’t spoken to others for a while.

How has lockdown affected your business?

We’ve not actually been closed, but without the Government’s help we’d have gone bust both business-wise and personally.  For much of the time I have been selling many of the supplies to make PPE at less than cost price, and non-PPE-making sales have been a fraction of our normal sales.  The sales through our website have quadrupled as the big online sellers weren’t able to get orders out because of furloughed workers and as many have turned to crafting as a way of staving off boredom and staying sane. Recently shop sales have grown too, as people who were isolating feel safe enough to venture out.

How do you plan to ‘get back to normal?’

Through lockdown we allowed customers to collect phone or online orders at our door, or we hand delivered them.  Once we could open a couple of weeks ago we opened a counter service from Tues to Sat 10 am to 1 pm.  We have too many older customers and customers with conditions to make them vulnerable to be cavalier with their health and lives.  From Tuesday the 21st of July we

will be open for the same hours for browsing.  Browsing for yarn and ‘pretty things’ is a huge part of the joy of crafting, so our customers are chomping at the bit for a browse.

Has lockdown left a legacy?

I think Covid19 will make the South Beach area and the other multiply deprived neighbourhoods in Blackpool more deprived.  I believe living where I live should be a privilege and a joy, but we all would need to work together to achieve that now.

If anyone fancies working alongside us to achieve a change contact me immediately on 01253 404550 or send me an email, I’d be delighted to hear from you.

Caroline meets up with Ollie Tingey of BUA (Blackpool Urban Arts) during one of ... 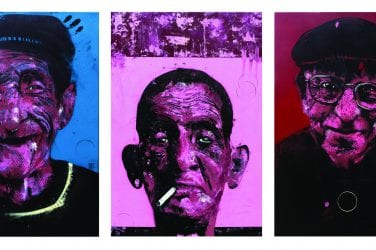 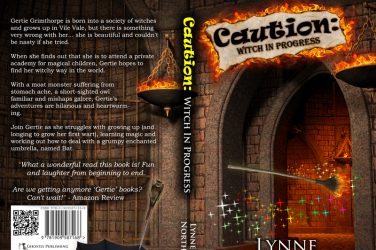 altBlackpool strives to highlight the talent of it’s homegrown artistic and cultural heroes, one ...