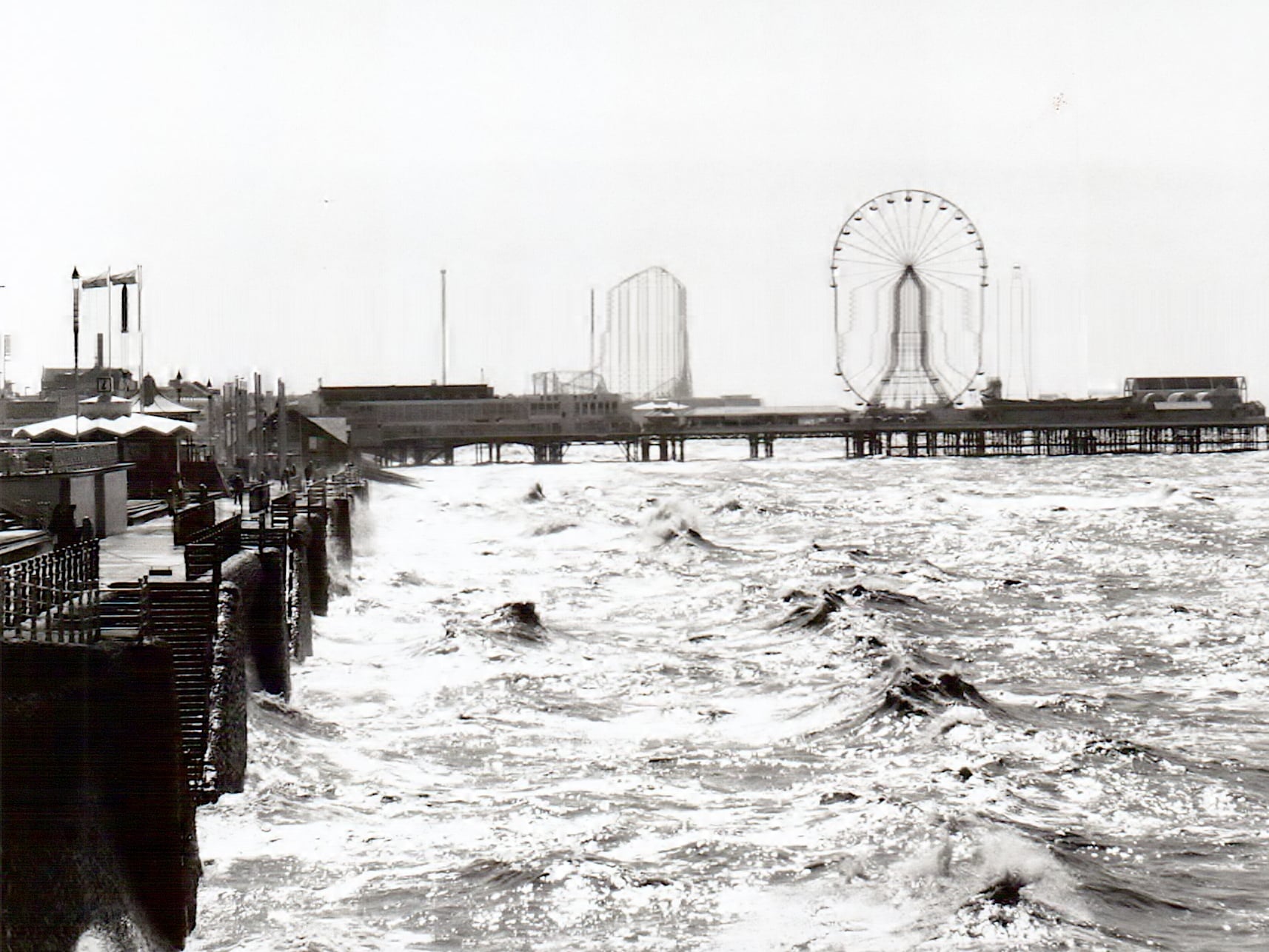 Dad bought me a Kodak Instamatic 126 cartridge camera when I was about seven and that got me started. In most of the shots you can see my little finger across the lens and I haven’t allowed for any parallax. I still have the pics I took with that little camera: approaching fifty years later the colour have faded away, but the monochromes look as fresh as when Dad printed them for me in our blacked out kitchen.

This is what got me into black and white printing; the image appearing like magic out of the blank photographic paper enthralled me immediately and that magic never quite faded. Photography has obsessed me for large stretches of my life. Now it runs in conjunction with my artwork.

For decades really, I wanted to be a professional photographer, but that dream’s long dead now and in any case my nerves wouldn’t take it. I’ve had a go at all sorts really, but now tend to take the camera along on trips out, including on my cycle rides. Stanley Park gets photographed a lot, but it is one of my favourite places and the changing light makes the same scene there look very different between visits. Although I do have a digital camera, which I love, I still cling onto the old technology for black and white. I should have more photographic direction, but life’s pretty full and I’ve been having fun learning to paint and draw.

My darkroom equipment was disposed of many years ago, so the photo now has to be as right as possible in the camera. I send the rolls off and the images come back on a CD. Certain things can be sorted but ‘dodging and burning’ are out, with my software anyway; I don’t have photoshop. As to cameras, as simple as possible really. I rather fell out with single lens reflex and prefer rangefinder for 35mm. A Leica CL body with a 35mm and a 50mm lens is the 35mm kit. The 50mm is a beautiful Jupiter lens that says USSR on the barrel. Say what you like about the Soviets, there was nothing wrong with their optics. I also have a Yashica 635 6×6 twin lens reflex, difficult to use because its mirror is degraded, but the results are marvellous. It’s the smallest medium format camera I could find. Neither of these cameras have ever held a colour film while I’ve had them; that can be left to digital.

Film tends to be Ilford HP5 400 iso. Supposedly too fast for bright conditions, but it’s just incredibly versatile and the contrast tends to work out a treat whatever. I shoot through a yellow filter habitually, which brings the speed down to 200 iso. Obviously that filter gives good sky detail and seems to work for skin tones, even though a green’s supposed to be better for that. As my eyesight’s not what it was, I need a fair amount of depth of field at a reasonably fast shutter speed, so a faster film is good.

People have often said ‘why black and white?’ and ‘wouldn’t they be better in colour?’, well personal view, but no. A photo is close to, but it’s not actually reality and maybe it shouldn’t be seen as reality, only based on it. People also say ‘things look better in black and white’, which is comforting. Looking back at events photographed in black and white, think the Vietnam War and Miner’s Strike, to me they look so hyper real it’s almost uncomfortable. A painting is always an interpretation of its subject; perhaps a photograph should be seen that way too.

Should I get a proper job? By Ruth E Cockburn 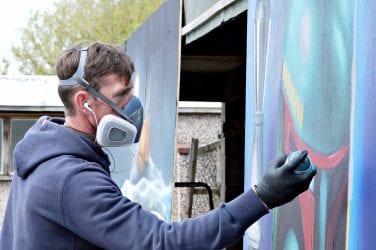 On The Wall In St Anne’s

David Hirst of Creative Arts and Futures once again brought an urban art project to ... 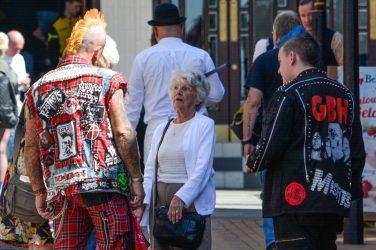 Rebellion Punk Festival returns to Blackpool for 2015 and altBlackpool’s Jill Reidy shares her ... 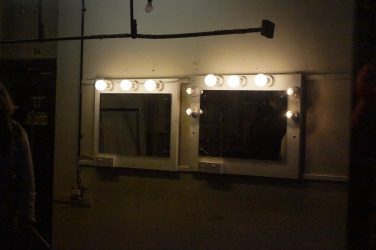