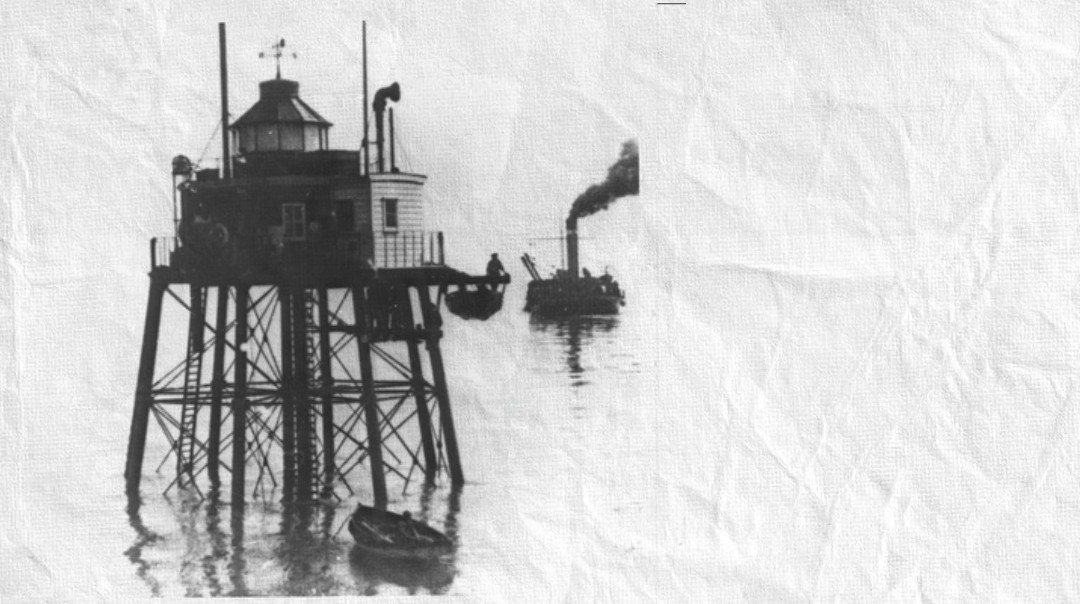 In this instalment of In Her Place Stephanie Cottle takes us to the lighthouse.

When we were first told to ‘stay home’ isolation was, for the most part, a pretty daunting concept. Since March the ‘out every weekend’ types haven’t had chance to see the wee hours in munching kebabs, as night-time entertainment venues doors still remain firmly closed. Similarly most ‘live to travel’ types, fearful of the repercussive 14 days isolation, will have been lucky if they have driven further than a few hours from their home. Our elderly, who might ride the bus into town to sip a brew in a favourite cafe, remain under the advice to stay away from public transport, for fear they will catch more than bargained for on the number 7 to Cleveleys.

Modern life, for many in the western world, has connectivity engrained into it. We maintain daily rhythms and fear being left behind. Yet things have not been this way for the majority of our history. For some in the not so distant past, isolation was to be mastered in order to make a living. The most notable of these professions? The lighthouse keepers.

Those of you who are lucky enough to have seen Robert Eggers thrilling 2019 film The Lighthouse, starring Willem Dafoe and Robert Patterson, will understand how isolation can test the sanity of even the most seasoned light keepers.

The lighthouse from which the film takes its name, sits atop a small island which in severe weather becomes cut off from the mainland entirely. Viewers watch the threads quickly unravel on old timer Thomas Wake and his young ‘wickie’ contractor, Ephraim Winslow and the relationship whirlpools out of control rapidly. Loosely based on a true and haunting story of a pair of keepers in The Smalls, situated off the coast of Wales, the film highlights the endurance required of humans throughout periods of isolation and contrasts this against resilience of the lighthouse, which weathers the storm stoic and silent.

Lighthouses sit on the margins of our known world, a step further casts you into the voids of the unknown, as such they often take on haunting and mysterious personas. Closer to home, sitting just two miles off our coast, the Wyre Light Lighthouse in Fleetwood has bore its fair share of isolation despite its proximity to human life.

Built in 1839-40 the structure, originally named Port Fleetwood Lighthouse, was the first screw pile type lighthouse ever to be lit. Relatively cheap and quick to assemble the lighthouse consisted of seven constructions piles, usually made from wrought/cast iron and wood, which were driven into soft ground such as sand or mud. The 16ft piles then supported a platform on which the light and modest quarters for the lighthouse keeper sat. 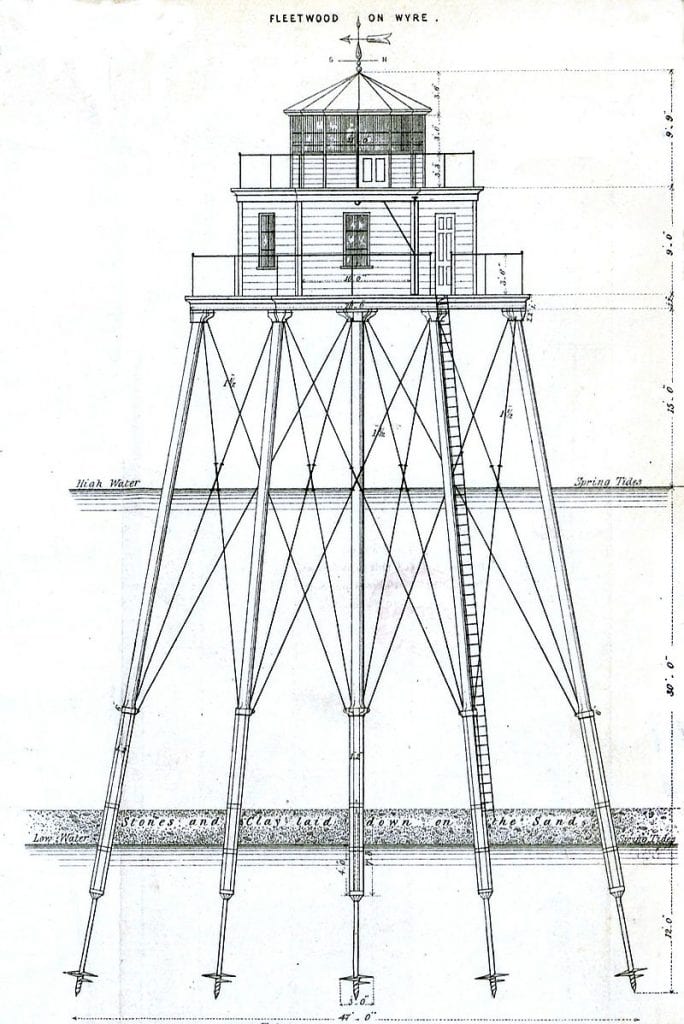 Working alongside two other lighthouses on this stretch of Fylde Coast, the Port Fleetwood Lighthouse differed from itstwo colleagues – the Pharos and the Beach Lighthouse – in that both other lighthouses stood with their feet firmly on the mainland. I can only imagine the bravery early keepers must have possessed to spend the dark nights alone, on a newly conceived structure, two miles out on the unforgiving sea.

As the years passed and the structure made its own testament to its safety, the anxieties of the keepers might have ebbed slightly, though I would have found it difficult to ever fully relax, so isolated and vulnerable. Regardless of any inhibitions, the lighthouse and its keepers sat diligently with the beacon shining bright at 31 feet above high tide level, visible for eight miles. If sea fog blocked the light from vision, then the lighthouse fog bell could be heard over a distance of two miles.

There are reports that the Wyre Light Lighthouse ran into trouble with vessels on a number of occasions, the most notable account being that the lighthouse was hit by a schooner in 1848 – though other accounts claim this occured in 1870 – and amassed considerable damage. This potentially meant that the entire structure was moved and placed 200 foot from its original position, though I have found solid documentation of this removal difficult to come by.

Furthermore, in 1948 a fire broke out upon the structure destroying the keeper’s residence. It is said that the fire was caused by a rogue flare, fired by an inexperienced hand, but again this tale seemingly only remains alive through local lore. Regardless of the cause, the fire saw to the replacement of the lighthouse lamp which was replaced by a four-foot battery operated lantern. Despite the bruising from sea vessels and battering from natural forces, the lighthouse guided sailors from danger for 139 years until it was finally retired in 1979.

After it’s retirement the RNLI hosted annual guided walks out to the Wyre Light which proved a popular event. I adore that after so long leading ships to safety at sea, the mere memory of a light once lit, guided people from the shore out towards the structure, walkers summoned to the beacon by nostalgia alone to pay their respects to a job well done. 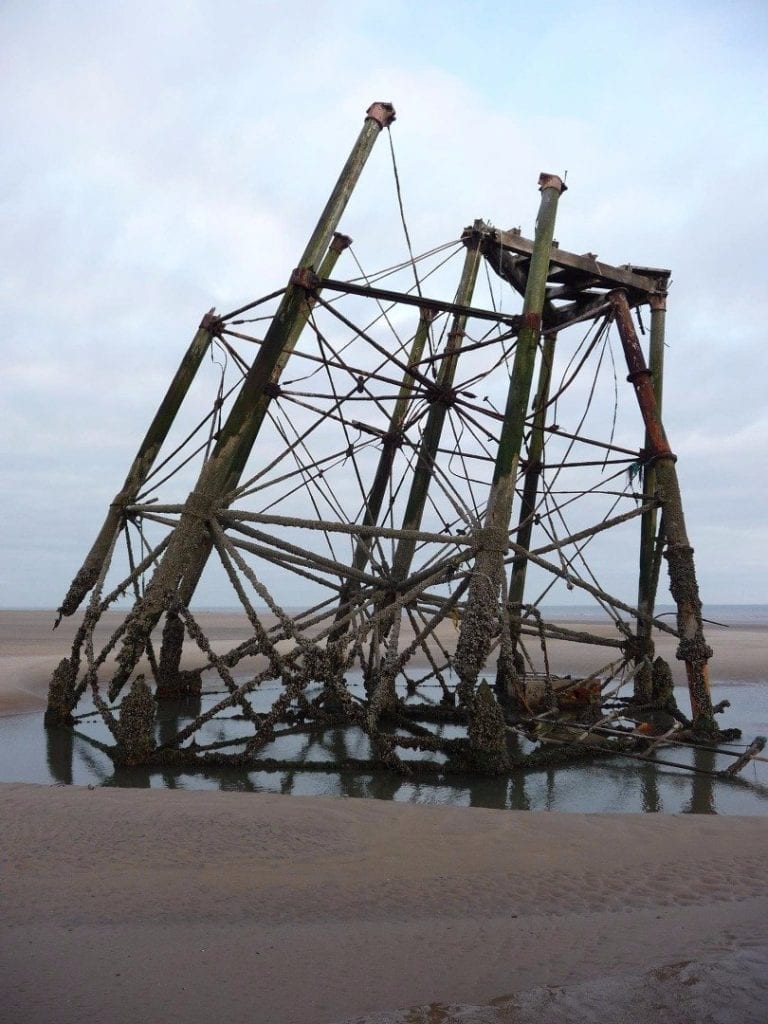 Unfortunately, time has been relentlessly unkind to the Wyre Light and has presented a storm too enduring to weather. The ground beneath the light was deemed too dangerous for the walks to continue and the light can now only be reached by passing ships when the tide is high enough. 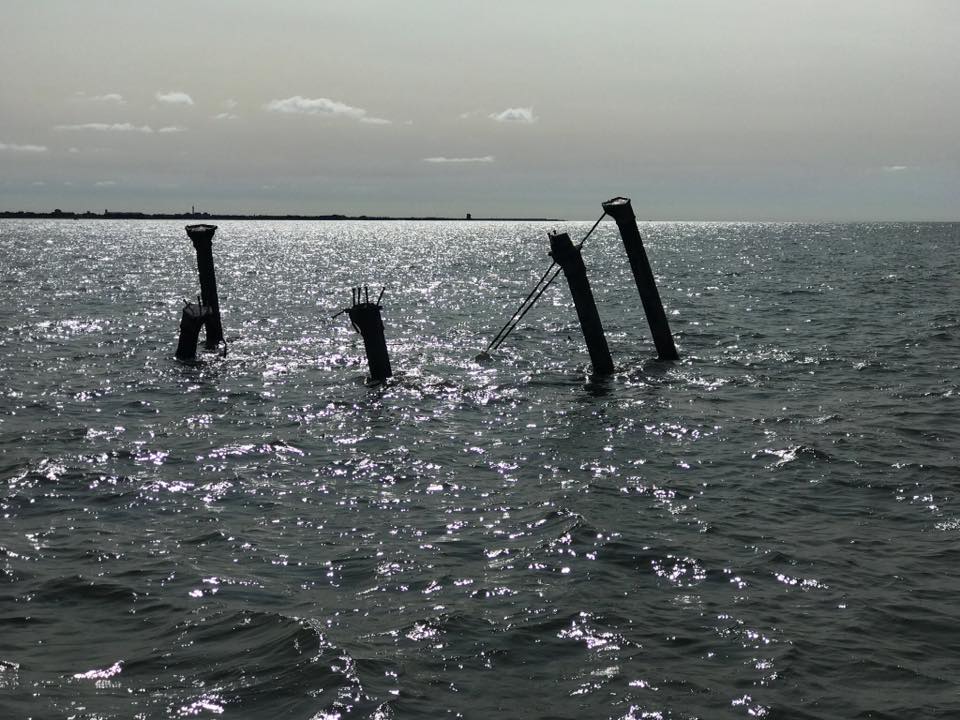 The elements have staked their claim upon the light, the waves seemingly eager to claim a long-owed debt, as in 2017 it began to collapse into the sands below. Although appearing to succumb to the thrashings of the elements, what remains of the Wyre Light is still a treasured structure. The Facebook group Save the Wyre Light Lighthouse-Fleetwood campaigns for efforts to be made to give the ruins of the lighthouse heritage status and ultimately see restoration works granted. Whether this is likely to happen or not, the groups’ enthusiasm shows us that often the light that never goes out lies within the heart of a community. The Wyre Light may be isolated, but it is not alone.

For the Save the Wyre Light Lighthouse-Fleetwood Facebook page please visit – https://www.facebook.com/groups/1454225908182977

**Please do not attempt to walk out to the Wyre Light as the journey poses a real risk to life.**

Should I get a proper job? By Ruth E Cockburn 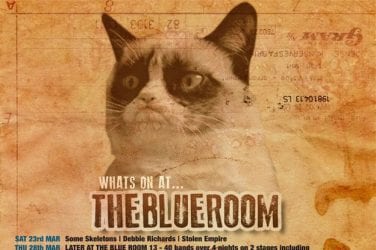 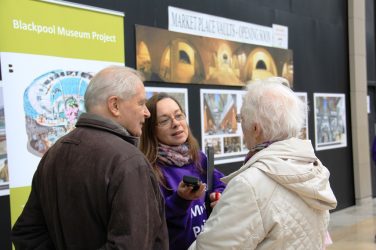 Memories are made of this

Whatever your favourite memory of Blackpool is, the Blackpool Museum project want to hear ... 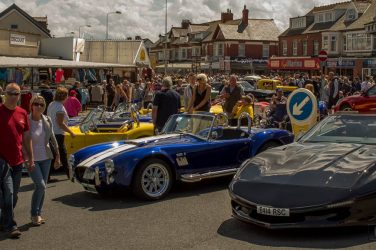 Sunday 8 June saw the shiny new promenade at Cleveleys hosting a range of ...

Vicky Ellis
0 comments 0 Shares
We use cookies to ensure that we give you the best experience on our website. If you continue to use this site we will assume that you are happy with it.OkNoPrivacy policy