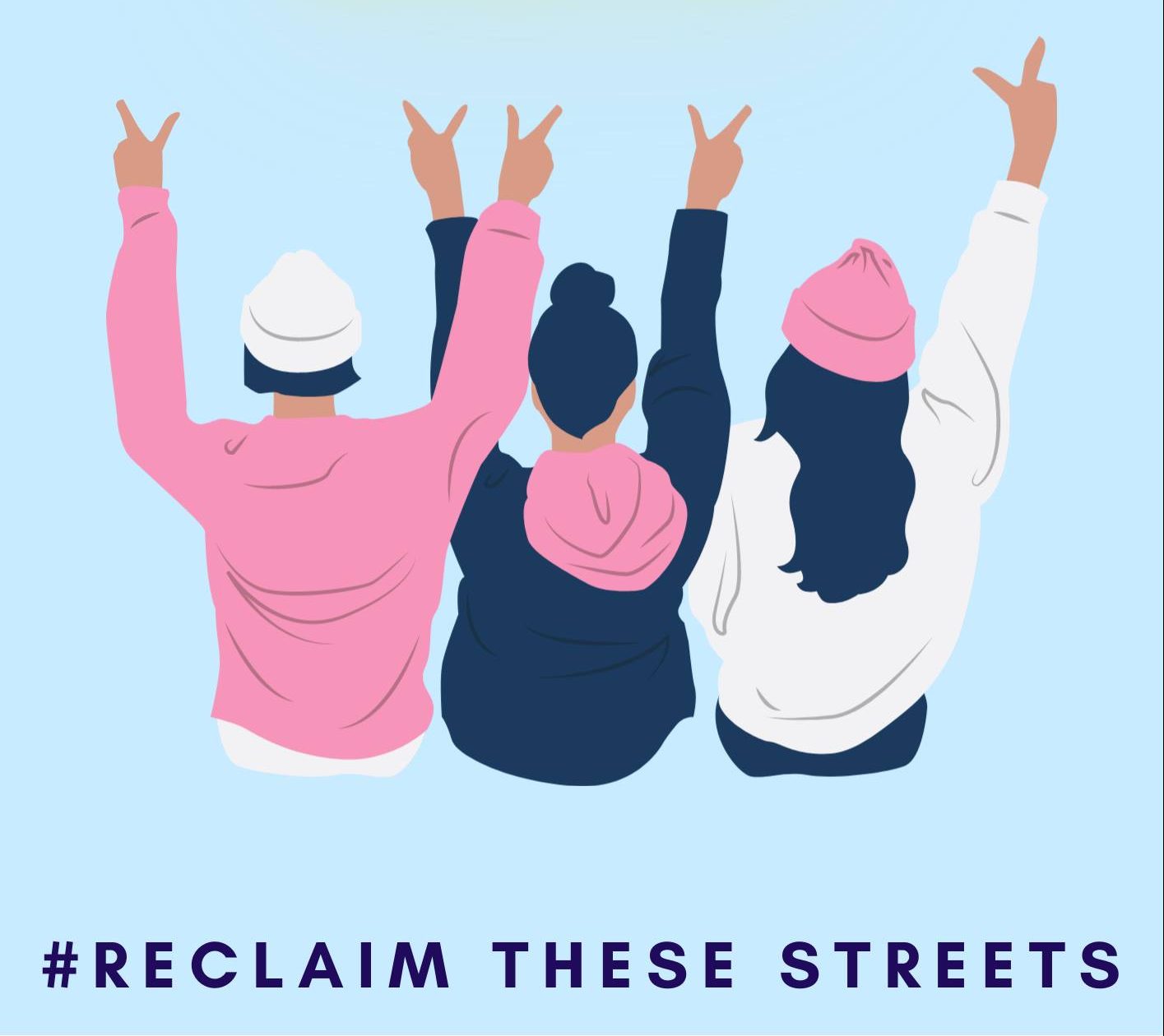 “Walking home from school I was followed by a man most of the way home,” remembers Aishley. “He eventually caught up to me and put his hand on my arm to stop me. He asked me if I wanted to go for a drink with him and when I said that my parents were waiting for me he became irritable and pushy. I tried to walk by him but he was stepping in my way so I couldn’t avoid him.”

Aishley was 16 at the time of the incident, on Newton Drive in Blackpool, and counts herself “extremely lucky that I was on a main road and my mum happened to be driving to get my sister from school and spotted me, pulled over and shouted me.”

For Aishley this wasn’t an isolated incident. In that same year she was followed by a different man through Blackpool town centre.

“I was in town in my school uniform, it was dark in winter and the shops had closed and I was waiting to be picked up by my mum,” she says. When she realised she was being followed Aishley started to take strange routes to lose her pursuer, but recalls how he followed her everywhere.

“I went into a phone box to pretend to call home but I didn’t have any money. He waited outside. When I didn’t know what else to do I left the phone box and ran. He started to chase me. I banged on the window of a shop, it was called Etam at the time, on Church Street, and I was really lucky that the lady let me come in and phone my mum.”

Aishey is in her thirties now, but little has changed for school girls since 2004. In 2018, 12-year-old Lucy had a similar experience. Walking home from school along Preston New Road, she was followed by a man in a van. Worryingly, Lucy didn’t realise she was being pursued until her stepfather stopped and confronted the driver – he had been driving home himself and witnessed what was happening.

These experiences are just three of around 20 that have been recorded on a new interactive map by women and girls who have encountered harassment on the streets and in public spaces in Blackpool and the Fylde Coast.

Blackpool Social Club has created the map and is asking women and girls to add their experiences to it by filling in a simple Google form. Ours is part of a national effort to bring attention to the precarious safety of women on the streets following the killing of Sarah Everard in March.

Meanwhile, contemporary craft group Knittaz With Attitude is creating craftivist artwork in support of the women who come forward with testimonies – installing them guerilla-style at the locations plotted on the map, alongside QR codes that link back to it.

Women in Blackpool are also planning to come together at a Covid-safe peaceful gathering under the banner of Reclaim These Streets in May, and plans can be followed via Facebook.

An investigation by UN Women UK in March found that 97 per cent of women between the ages of 18 and 24 have been sexually harassed in public spaces and 96 per cent of them do not report those situations because they believe it will not change anything.

Claire Barnett, executive director of UN Women UK, said: “This is a human rights crisis. It’s just not enough for us to keep saying ‘this is too difficult a problem for us to solve’ – it needs addressing now.”

The UK government responded to the research by announcing a new amendment to the Domestic Abuse Bill, to categorise misogyny as a hate crime from the autumn, just as it does crimes motivated by gender identity, sexual orientation, faith, religion and disability. It follows a pilot scheme in Nottingham that has been hailed a victory. Police there have seen a 25 per cent increase in women reporting incidents and 265 misogyny hate crimes recorded in two years.

In a forthcoming interview with Big Issue North, Laura Bates, the founder of the Everyday Sexism Project and author of Men Who Hate Women – a book highlighting the endemic of misogynistic hate in our society, which she argues is being rapidly fuelled online – warns against believing the sensationalist media portrayal of the amendment as “criminalising wolf whistles” or “sending men to jail for a complement”.

Instead, the move is intended to give women the confidence to report things like street harassment, as well as incidents of rape culture in schools, which has also been revealed to be a national crisis in recent weeks, resulting in Whitehall launching a major investigation. And vitally, it will require police forces to record these incidents, providing vital data in understanding the problem. It might help police identify hotspots for sexual violence, pick up on patterns and identify repeat offenders.

By mapping street harassment Blackpool Social Club hopes to get a head start in this effort within our community. We hope this map can be used as a tool to educate and effect change.

“There’s huge relief and strength to be found in the realisation that you’re not alone, that it wasn’t your fault and that, rather than an individual issue, what you’re experiencing is systemic. It is part of a broader pattern that we can resist by raising our voices together and saying enough is enough.”

From the first 20 testimonies added to the map it’s clear that street harassment is a problem faced by females of all ages, with one woman recalling being asked to get into a man’s car at age five, outside Tesco Express on Whitegate Drive, and another being held at knife point at age 52, in broad daylight on Princess Street.

While there is clear impetus to report these crimes, other incidents are less clear cut, such as one this year at a supermarket on Hawes Side Lane.

“I noticed a man looking at me in Iceland. Once we were out of the shop he went to his van as I began to walk down the street,” an anonymous 34-year-old women said. “The man was driving in the van and slowing as I was walking toward the van in the opposite of the road. He carried on looking at me and I stuck my finger up at him. He then shouted and called me a “f***ing whore”.

While there is no clear crime in this instance, Lancashire Constabulary told Blackpool Social Club: “We would always encourage people to report any kind of harassment to us. Anybody who reports this kind of incident to us will always be taken seriously.”

Bates told Big Issue North of the power in sharing these stories through tools such as Everyday Sexism Project, the Everyone’s Invited initiative recording stories of rape culture in schools, and Blackpool Social Club’s map to Reclaim These Streets.

“This is the recognition that the personal is political,” she said. “If you carry these painful and uncomfortable experiences alone, in silence, through your life then you are carrying that pain believing that you’re the only one, believing that there’s nothing that can be done.

How and when to use this map 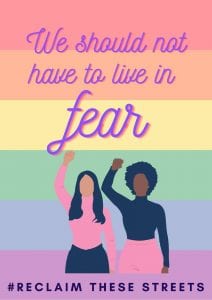 If you identify as female and have experienced harassment on the streets, in parks, shops, bars, on public transport or any other public space please do record it here. We want to hear about everything – as “minor” as a passing car beeping while you are jogging, or as serious as sexual assault.

Find and fill in our simple Google form here: tinyurl.com/424ppav5

Be sure to add a clear location, by street name or landmark if possible

View, explore and share the map using this link: tinyurl.com/uzfcfthw

As we try to add our voices to the movement calling for female safety on the streets and public spaces, we are plotting incidents of this nature rather than domestic violence or online abuse or harassment. If you need support for domestic violence, rape or anything else please visit womensaid.org.uk/information-support

Lockdown Nature – Eyes To The Skies

Could the electronic saxophone improve your breathing? 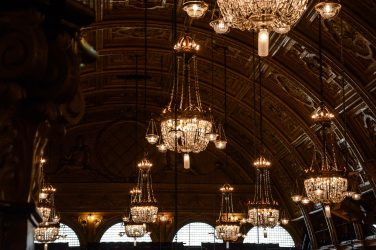 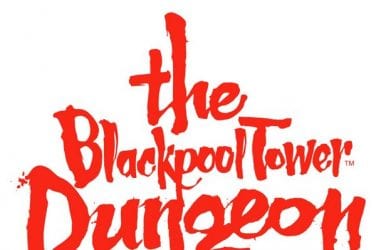 Rack Up Your Credentials Under The Tower

Do you long to make every day a fancy dress day?  Are you desperate ... 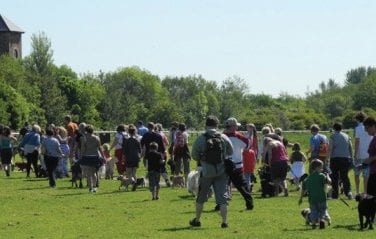 Following on from the success of the first two events, Trinity Hospice is holding ...