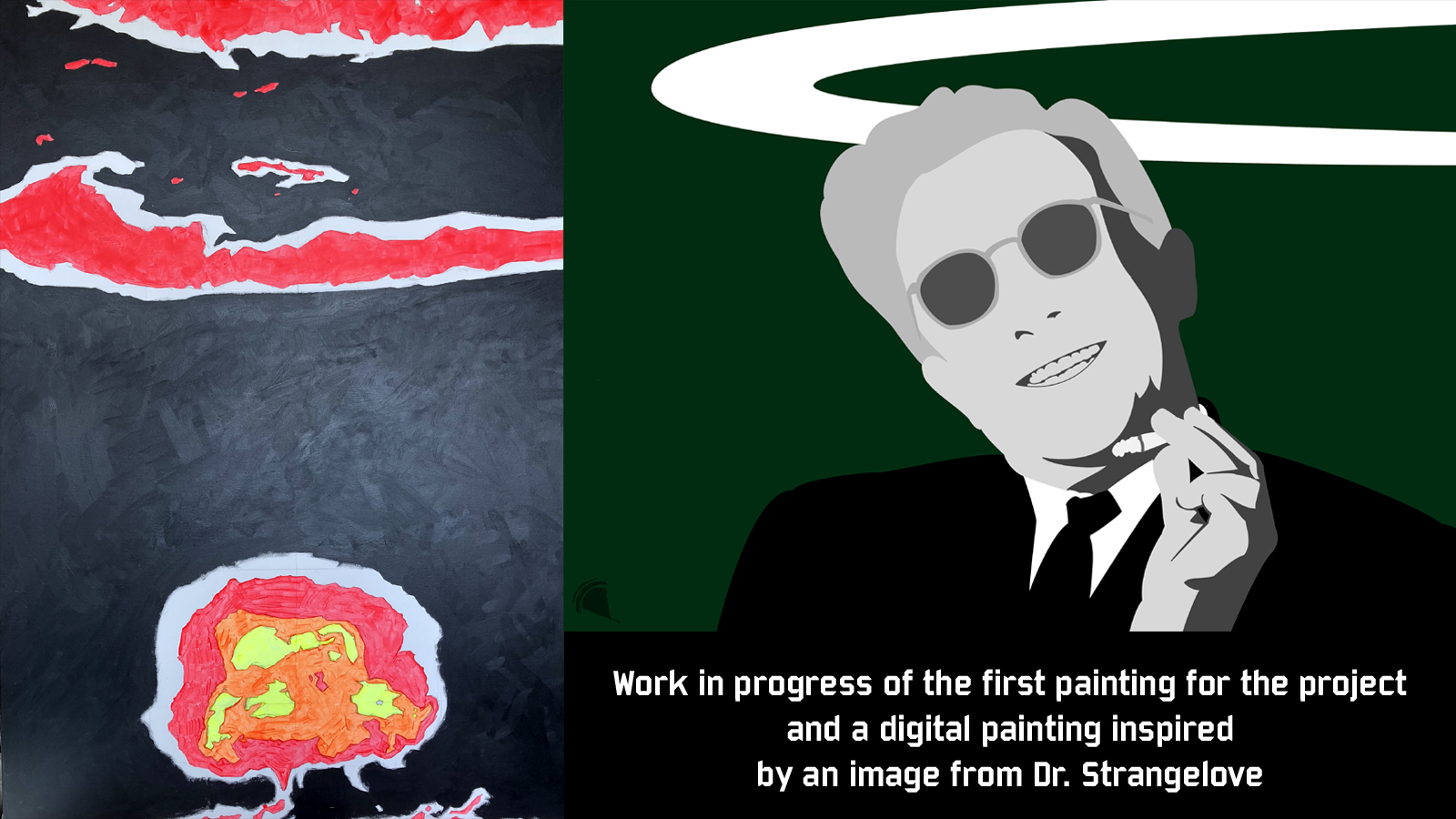 John Marc Allen is a contemporary Pop artist based in Blackpool, whose work reflects the influence of films, music, television, comic books, street art, pin-ups and more. John explores the way we look at and are inspired by the things created to keep us entertained while tapping into themes of nostalgia and elements of humour. His work covers a range of techniques including painting, screenprint, digital work, and photography, and he has been working as The Tangerine Art Company in Blackpool since 2012.

Over recent years he has been involved in a number of solo and group exhibitions including The Grand Theatre, the Grundy Art Gallery, and Hive café, he is looking for help to fund a new project which has been in the planning stages for over 12 months. This project includes the creation of a new body of work and an exhibition to be held in the alternative gallery space above HIVE café in central
Blackpool. This project is John’s most ambitious to date, containing large works, installations, and the use of a large gallery space. The funding will support costs and materials required for the production of John’s creative work including venue hire for the gallery space for one month.

His work over the last few years has tended towards a superficial version of Pop Art, based on popular films, video games, comic books, etc. More recently John’s pieces have moved towards having meaningful undertones with John intending to explore this direction further in his work. 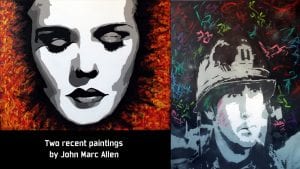 The idea for the project is inspired as is much of John’s work through filmic qualities. In this instance Dr. Strangelove: Or How I Learned To Stop Worrying And Love The Bomb, directed by Stanley Kubrick.

Kubrick has long been an influence on John’s work, both visually and thematically. John explores how the nuclear bomb has been an ever-present shadow in the world for over 70 years. Its relevance in the sphere of politics and war, whether consciously or subconsciously, pervading popular culture in all its forms, be it satirical black comedy like Dr. Strangelove or hard-hitting drama like the BBC
film; Threads. Observed in popular music like Frankie Goes To Hollywood’s 80’s hit Two Tribes, the bomb motif used in the government information broadcast Protect and Survive, or the hugely popular video game series “Fallout” set in a post-nuclear war-ravaged America.

The exhibition will include paintings influenced by imagery from nuclear test explosions and iconic representations of the atomic age in popular culture. The work will explore 3D installation with immersive qualities culminating in a body of work that will be visually stimulating, thought-provoking and informative.

The exhibition was planned, subject to funding, for completion and display during the summer/autumn of 2020, however, due to the restrictions around Covid-19. The exhibition now aims to take place in late 2021/early 2022, dependent on restrictions and a rescheduled calendar of events at HIVE.

Spring Programme comes to the Grundy 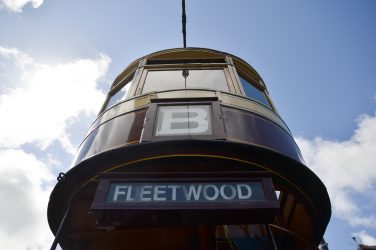 If you attended SpareParts Festival last weekend you may have noticed 6 young photographers ... 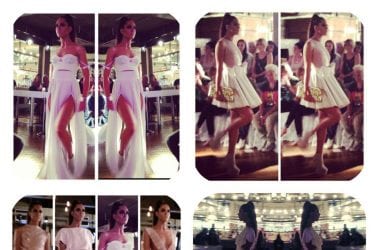 It is not often that Blackpool is in the Fashion spotlight. Infact, one could ...

Blackpool Social Club
0 comments 0 Shares
We use cookies to ensure that we give you the best experience on our website. If you continue to use this site we will assume that you are happy with it.OkNoPrivacy policy