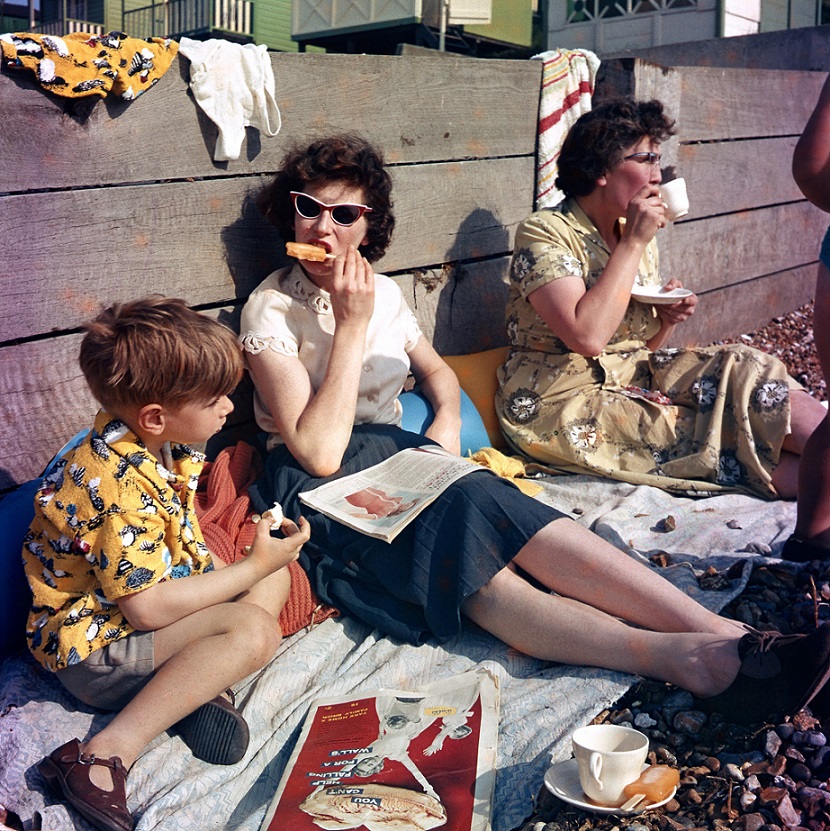 Since Blackpool epitomises everything about a typical English seaside holiday, it’s perfect that the Grundy Art Gallery has scooped Seaside:Photographed an exhibition that’s arrived via Margate’s Turner Contemporary, Southampton, and Newlyn in Cornwall. It’s now settling in for the season, reclining on its virtual deckchair beside the outside exhibition #WorkTownGhostTown. This second exhibition brings together the work of local photographers who have documented Blackpool over the last 16 months. It can be viewed on the glass panels that form part of Grundy’s forecourt.

Seaside:Photographed, located on the ground floor gallery spaces, looks at the relationship between photography and the British seaside from the 1850s to the present. Images of beaches, hotel life, holiday camps, wild waves and coastlines combine creating a rich picture of our resorts.

Images include Butlins in the 1970s  by Dafydd Jones, Barry Lewis, and Daniel Meadows; Grace Robertson’s raucous goings-on of a women’s day out to the coast in the 1950s; Enzo Ragazzini captures the anarchy of the 1970 Isle of Wight festival and Stuart Griffiths bleak narrative of the 1990 rave scene in Brighton.

Linking the project to the town, Grundy’s Education Officer has commissioned artist Amber Akaunu to work with early years children to explore what it is like to live in Blackpool and how they feel their town should be represented. These reflections will be translated into a range of new souvenirs which will be fabricated and displayed as part of Seaside:Photographed.

#WorkTownGhostTown is influenced by the The Mass-Observation study of Bolton and Blackpool (1937-40), known as the Worktown Project in which Blackpool is heavily profiled as a site of mass tourism and pilgrimage for working people. The previously unseen images feature the work of Henry Iddon, Kate Yates, Dawn Mander and Claire Walmsley Griffiths, all of whom have been documenting Blackpool in and out of lockdown over the last 16 months. The images have been transferred to vinyl film and appear on the glass panels that form part of Grundy’s forecourt. The exhibition documents not just the changing seasons but the ebb and flow of the town as its residents, visitors, businesses and amenities respond to the changing restrictions of the global COVID 19 pandemic.

Curated by Val Williams and Karen Shepherdson, Seaside: Photographed is a touring exhibition organised by Turner Contemporary and made possible by Arts Council England’s Strategic Touring Fund and as a result of the Government Indemnity Scheme, for which the Grundy is most appreciative.

So, do you wish you were here?
You can be.

Garstang Walking Festival: A festival with a difference 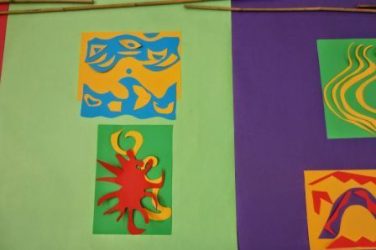 Sarah Jay manages the Arts for Health programme for Blackpool Council. We caught up ... 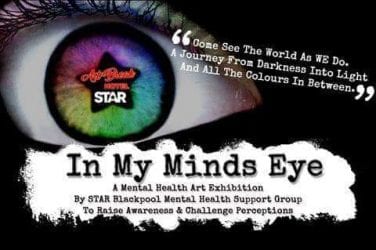 Mental Health and awareness of its impact on everyday life has become a hot-button ... 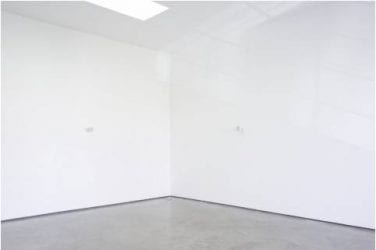 An exciting collaboration will take place in the ever experimental Abingdon Studio Project Space, which ...

Garth Gratrix
0 comments 0 Shares
We use cookies to ensure that we give you the best experience on our website. If you continue to use this site we will assume that you are happy with it.OkNoPrivacy policy