I can’t speak for others but I’ve always felt good, really good, in woodland. Traffic noise even when quite close seems muted and the sounds of singing birds comes through. Trees can be incredibly intolerant and reclaim derelict land surprisingly quickly, sometimes without planting or other assistance.

When living in South Yorkshire, a wood I spent many happy hours wandering around, was a former colliery site; some of the trees were quite mature. There was a mature wood behind my old college digs and this provided a break from cramming for those final exams. Now Wyre Council intends to increase its tree cover, as part of its climate change response and to achieve the wider community and biodiversity benefits of trees. 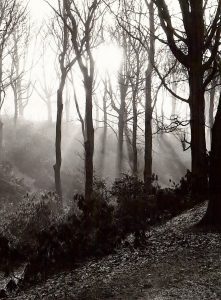 British woodland is often neglected and not managed effectively, surprising really as most areas are effectively timber plantations. A wood I worked on in student days had been buggered up by scramble bikers; not too good for oak seedlings. Woods were a great local community resource, not least for pannage, letting pigs feed on acorns (plenty left to grow if a tree should fall). As we’ve become an industrial and then post-industrial society, a lot of this stuff has sunk into folk memory. If you’re looking for remnants of the wild wood, most of that was gone before the Romans invaded. As we need to become more sustainable, maybe the value of timber as a building material will increase and more areas will be planted with trees. It’s been quite easy to import timber, but we’re seeing that’s not guaranteed. 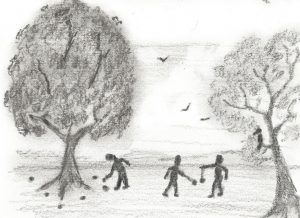 New woods won’t have the biodiversity value of ancient woodland – a woodland that has existed continuously since 1600 or before in England, Wales and Northern Ireland (or 1750 in Scotland) – but they would be a start. We’re seeing ideas of upland reforestation to counter flooding, rewilding and even beaver reintroductions, catching on. It should be recognised that ancient woodlands can be clear felled and replanted, which has probably happened several times since 1600. Much woodland has been lost, though probably not as much as wildflower meadow, to development and new transport links. HS2 is the current demon, but I shudder to think what’s been lost to the motorway network. Reforestation sounds good but it has to be remembered that the UK is no way near food self-sufficient, as people found out in time of war. Where will all the new woodland sites come from?

In college days (mid-80s) acid rain was the environmental problem de jour, though we were aware of global warming lurking around in a most sinister manner. One has to remember that there was a theory around at the time that we were on the way to a new ice age. From there, as the super-computers hummed and the climate models became ever more sophisticated, it was clear that growing atmospheric carbon dioxide was a big, big issue. Now it seems to be recognised universally as an existential threat. We’re in the midst of COP26 as I write; I’m not holding my breath. I’m hoping enough will be done so that my son (15) can have some sort of a life. A map came round the other day showing that my house will be under water in ten years. What a lovely thought that is! As the climate crisis has become more apparent, extensive tree planting has increasingly been mooted as an effective carbon off-setting response. Especially as emissions are still increasing, this is a lot of trees to plant, while leaving enough land to grow food, even if people give up meat. My wife is frequently criticised for her soya milk, by people blissfully unaware that the animals they eat are fed on massive quantities of soya beans.

Well Wyre Council is looking to actually act and do something about all of these things, planting some trees as a contribution to the very large number that will be required. If people talk to you about carbon capture, that’s basically at an experimental stage at present. Currently tree planting, rescuing peat bogs and restoring depleted soils is where it’s at. 25,000 trees are planned as part of the council’s plan to deliver on its climate change pledge. The council declared a climate change emergency in July 2019, since when it has been working to reduce its emissions by at least 78% by 2035. The following planting sites have been identified and the council wants the public’s views on these:

The consultation will be available online until 19 November 2021. With support, the council intends to kick start this initiative during National Tree Week (28 November to 6 December). 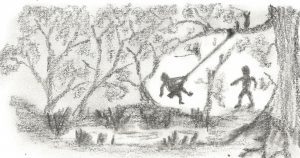 The council has a clear view of trees’ benefits. Together with their carbon off-setting effect, they offer huge community and biodiversity benefits. They filter out air pollution, improve our wellbeing (certainly mine as mentioned above), provide woodland habitat and help mitigate flooding. Additionally, the council is working with the Woodland Trust to create 10 hectares of native woodland and hedgerows across its open spaces by 2025. While ancient woodland habitats can’t be created overnight, the current ones having developed over four centuries, these new tree planted areas would be invaluable and would be an instant facility for birds and small mammals.

“We are seeking the feedback from members of the public on the creation of these new woodlands throughout the borough. Establishing healthy trees is a vital part in off-setting the council’s carbon footprint. With the COP26 summit taking place in Glasgow, the eyes of the world are on the UK as we play our part in tackling climate change.

I would urge members of the public to have their say on the plans and think about how they can help tackle climate change themselves.”

The council has identified the eight areas above as suitable for this initiative. Wyre Council intends to increase its tree cover, but wants to hear residents’ views on the proposals. Visit the council’s website to have your say on the plans.

The consultation will be open until 19 November 2021. 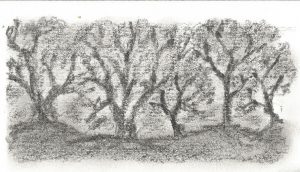 Art project opens the doors to recovery in Wyre 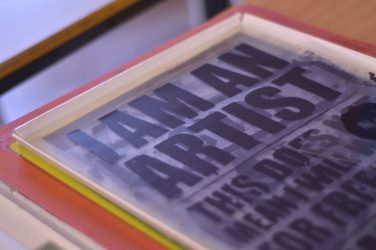 For any artist, or art based organisation, in the Blackpool and Wyre area, LeftCoast should ... 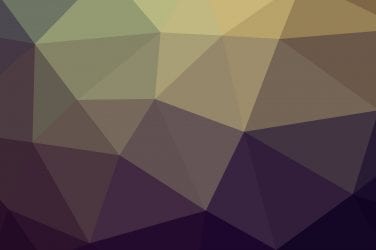 Say it right, Speakeasy in Blackpool

Not so much in the vain of zoot suits and mobster guns, nor even ...