In Katie Clapham’s first young adult novel, the three girls of the title are thrown together in a school brochure photo shoot and at that time are not actually friends.

This changes as events develop, presenting a realistic picture of how lives alter as we approach adulthood. The characters’ ages are not mentioned but they appear to be year 11 and around 16 by the time of the book’s events.

Clapham is an independent bookseller at Storytellers Inc in St Annes. Her three main characters are: Minnie, ace netballer and general athlete; Lena, ace runner but feels overshadowed by Minnie; and Alice, academic and artistic who decides that she wants to be able to run as well. There is a significant supporting cast, including Minnie’s devoted swain, Daniel, and Jacob, Alice’s gay confidante. Diversity is built in in a natural and refreshing way.

Minnie is involved in a road traffic collision and, with a broken shoulder, is out of the netball action for a while, which turns out to be a pivotal event sparking an increased interest in her mother’s Francophilia and giving her time to reappraise her life. Returning to the scene she sparks some rather nasty comments from Lena’s best and childhood friend, which leads the former to review that relationship. Minnie and Lena begin to converge. Lena runs into Alice running, an activity that’s meant to be a secret. Gradually a little triumvirate begins to form; the years’-long rivalry between Minnie and Lena dissipates and becomes a virtual misunderstanding.

The story reflects the nature of changing priorities and relationshis as we approach and enter adulthood. It’s good on first romance; will Australian Daniel last to the end of Minnie’s French exchange – will she even come back? Lena begins to find childhood friend Aimee’s aggressively sour behaviour tiresome and to wonder what she is getting out of being so relentlessely nasty. It’s hard to escape that this is a mask for intense self hatred and having ‘no real friends’.

Sometimes complicated school politics is well reflected, particularly as the end of year ball approaches. What to wear? Who to go with? Exams never seem to be mentioned, although lessons go on, apparently with more talking than studying in some cases. The school is not presented as a bear pit, as they might be; Alice clearly enjoys going there, Minnie has enjoyed her sports icon status. But there is a constant juggling of status and shifting allegiances. The three girls seem to rise above this, particularly as their initially unlikely alliance forms.

Clapham has put together a novel that so many young people will relate to. The prose is direct and easy to read without being condescending. The short chapter structure breaks things down nicely and leads the reader on. Characters are well drawn and the story presents them as well-rounded, intelligent people, avoiding the ‘yob’ or ‘snowflake’ caricatures that parts of the media seem so fond of.

My only criticism is that all the running makes me feel tired. Three Girls is a finely written and observed book that I would recommend readers, well beyond its target age group, to pick up. 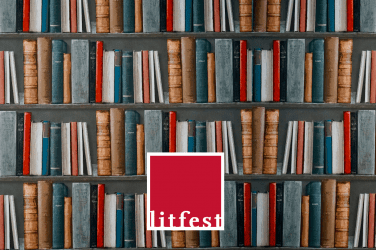 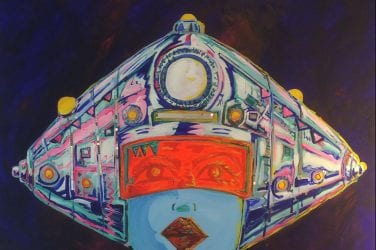 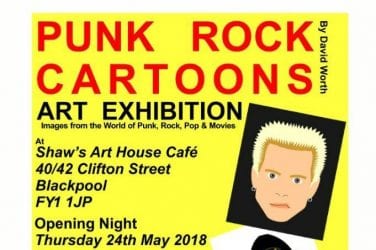 I had seen David Worth’s rock and pop cartoons in HMV in the past. ...