It is official: our Stanley Park is England’s favourite park 2022, and a third time win makes it a national treasure. Blackpool haters take heed. 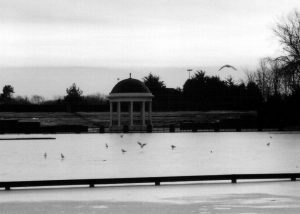 My previous articles prove that I am a lover of Stanley Park, being taken to it by my dad before I even lived in Blackpool. I never get tired of strolling round it, photographing it and latterly sketching and painting it. Innovations such as the BMX track and the new skatepark, show that the Victorian park can move with the times and retain its integrity. Despite the strains on council budgets, the planting is superb. The Friends of Stanley Park group play a key role in supporting and maintaining it. Let’s get those bowling greens back into play (I used to like bowls).

Blackpool has a low percentage of green space for an urban area and that makes this park all the more vital. It is so good to see such a broad spectrum of people enjoying this park, including our valued visitors. Climate change means that green space will become ever more valuable, if only for its urban cooling effect, a fact recognised in the council’s green infrastructure strategy.

The park is an essential nature reserve, linking to the Marton Mere site of special scientific interest. Each spring I wait for the herons to arrive at the heronry island. Signs record some other sometimes elusive species that might be spied among the trees, if you’re lucky. I have been lucky to see woodpeckers, nuthatch and tree creeper birds. There used to be a family of grebe, but that seems to have disappeared. Incidents of avian flu decimating the resident swans and other species, have been devastating.

Now this absolute jewel in Blackpool’s crown has been recognised on a national stage once more, reflecting the community pride in this park. This is the UK’s favourite parks competition, led by the Fields in Trust organisation. The people of Blackpool have stated their support for their park and now it’s England’s favourite park 2022.

The competition saw over 360 parks nominated by those who use and love them. Following a summer-long campaign that highlighted the importance of having accessible green spaces in our communities, the charity announced that our Stanley Park achieved the most public votes in England and is officially England’s Favourite Park 2022. As this is the third occasion that our park has won it has also been designated an English National Treasure.

In total over 30,000 people cast a vote. Penrhos Coastal Park in Holyhead, Wales has emerged as the UK’s overall winner. Alongside Stanley Park other national winners are Aberdeen’s Seaton Park in Scotland, and Craigavon City Park in Northern Ireland. Fields in Trust has also published a list of Local Favourites – parks which placed in the top 20 per cent of the public vote, demonstrating the love their local communities have for them. Many of them are in the North West too: 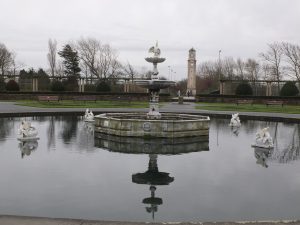 Our Stanley Park was praised for having:”Over 390 acres of parkland with manicured Italian gardens and a boating lake. Attracting over two million visitors each year, the grade II listed park also has a range of sporting facilities including a golf course, tennis courts, bowling greens, cricket grounds and an outdoor sports arena.”

Commenting on the announcement of Stanley Park as England’s Favourite Park 2022, the chief executive of Fields in Trust, Helen Griffiths, said: “It is clear that this park is a very special place to a lot of people, and we are thrilled to officially crown it the UK’s favourite. We’ve had a fantastic response to the competition from all across the UK.”

Fields in Trust’s annual Green Space Index, published earlier this year, revealed that 2.8 million people are not living within a ten-minute walk of a local park and only 6 per cent of green space provision in Britain is legally protected. The charity’s latest campaign has highlighted the financial and developmental threats to green spaces. 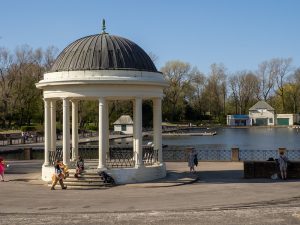 Helen added: “The UK is home to such a diverse range of green spaces, and we hope that this award has encouraged people to truly appreciate their local parks. Our work to legally protect green spaces for good means we’re well aware of the threats they face and how important it is value and celebrate them.”

To find out more about the UK’s Favourite Parks award and the work that national charity Fields in Trust conducts, visit: www.fieldsintrust.org/favourite-parks

Scribbles from The Seaside – Nathan Parker and Grumpy Girl Graphics 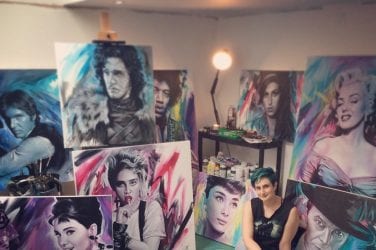 AltBlackpool users know what a creative and culturally rich place Blackpool is and the ...

This week Blackpool has everything from collection talks at The Grundy Art Gallery to ...