A child of the 60s from Stockport, our family holidays were Blackpool, Fleetwood or a few times to Butlins. I loved every holiday. Blackpool became my second home as my family were keen crown-green bowlers and came to the area for various competitions, including the annual trip to The Waterloo. My brother was in a brass band which then also meant travelling over for the championships. I know Blackpool pretty well.

One day whilst at The Waterloo my brother took my nieces to the prom. Giggling as they returned they told us about some cheeky seagulls; one took my brother’s doughnut, another took one of the girls’ ice-creams, but for some reason they left the other girls’ sorbet. “Maybe seagulls don’t eat sorbet,” I said. A light-house moment (more than a light bulb). That was the start of my book.

I’ve always lived by following my dreams. If you want to do or be something, then go for it. I wanted my seagull chicks to be the same, so I wrote a 55,000 word book about Seb the Seagull who didn’t want to just pinch chips – he wanted to dance as well.

The book followed the story of Seb as he pursued his dream to eventually become a dancer, but it was too long. Having taken advice from a couple of friends in the TV industry I split the book into a series of stories that could be read on their own, but also followed Seb’s journey. The books had unintentionally become picture books, which then took me down the route of trying to find the right illustrator to bring my gulls to life. Eszter Katona began her journey as a brand-new book illustrator alongside mine as a brand-new writer – we learnt as we went along.

I wanted to stay true to Blackpool. I wanted anyone reading the book to be able to follow the route of the seagulls if they ever happened to visit the town that means so much to me. I wanted to bring out the vibrant sounds and lights of the prom, to show the enjoyment of the piers, I wanted the readers to know about the amazing events that go on in the town. Eszter the illustrator, although having never been to Blackpool, captured the scene’s so well.

The route to be published is not for the fainthearted, in fact none of the process is. To write and re-write when it has already taken you two years to get to that point. To change the whole book type and suddenly re-write the stories into picture book format. To look, think about, decide then change a few times the illustrations. To send the book to lots of publishers or agents, then wait for a letter back (which doesn’t always come anyway), telling you that they like the story, but it’s not for them.

Well four years from that moment of the cheeky seagulls not taking my nieces sorbet, my first book is published, with the second book already going through the publication route. The first three books ‘The First Adventure’, ‘Got to Dance’ and The Audition’ are all based in and around Blackpool. I really hope that the people of Blackpool like my book, and I would love people who have never visited the wonderful Fylde coastline to get an interest in visiting the area and seeing the amazing attractions and events it has to offer.

My memories, which I still add to every year, are of such holiday excitement, of being allowed to have a doughnut whilst walking back from the Pleasure Beach or a pier show at night, of being given a couple of pounds to go round the amusements, and especially of our love of the Grand National amusement game. My childhood was I would not swap with anyones, and will cherish forever.

Seagulls Don’t Eat Sorbet, The First Adventure by Babs Vinden-Cantrell, illustrated by Eszter Katona is out now, published by Troubadour

Monday “What’s on the cards in 2013” psychic card reading at The Grapevine in ... 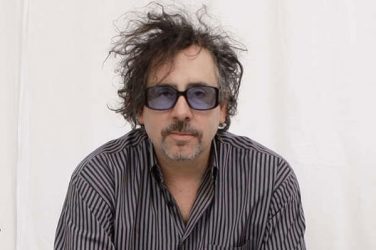 This year’s summer may have had peaks and troughs where the weather is concerned, ... 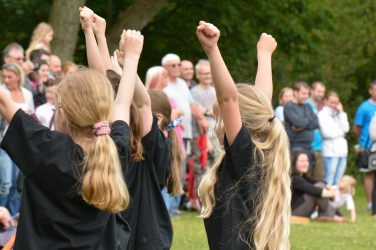