We are less than two weeks away from one of the most exciting art events to hit the north west this year.  Sand, Sea & Spray is in its third year and it’s set to be massive in 2013 with urban artists from across the globe convening in our lucky town to grace our buildings with stunning works of art.  Some of the biggest names in urban art from Spain, Australia, Chile, France and Italy will be in attendance alongside the Blackpool-based artists whose daring and unique approaches to the form are making waves across the country.

Sand, Sea & Spray is a free event with forty artists painting live across the town on the 14th, 15th and 16th June.  It’ll take place in six different locations across the town:

The event has pulled some big names this year.  Here’s a taste of the talent on show:

Dale Grimshaw – Born in Lancashire, Dale is now based in London and his work has been exhibited at shows in Paris, Berlin and New York. Known for his blurred and distorted portraits which he feels better reflect the fluidity and movement of animate objects he says, “I try to capture what I call a psychological narrative in the work”.

Guy Denning– originally from Somerset, Guy now lives in France and his work has been featured at events in the USA, Germany, Italy and France. He’s been posting a drawing a day on his blog since 2010 and his work is also held in several public collections.

My Dog Sighs – based in Southsea, he is one of the founders of FAF (Free Art Friday) which promotes the idea of leaving art out on the street once a month in random places for members of the public. Taking street art to a new level, he paints on empty cans and other litter he finds on the street before putting it back and this alternative form of recycling has become highly sought after.

He Dreamt Mars – his work is ‘based upon the notion that we as humans are pillaging and ruining our own planet and will one day be forced to seek out new places to live’. You’ll often see planets, landscapes, wasteland and teeth featured in his pieces.

Smug – incredibly realistic and almost 3D, his art combines fantasy, humour and reality. Ordinary characters become extraordinary and famous fictional characters become lifelike. Smug is from down under but currently resides in Glasgow.

Zed1 – his distinctive characters are usually contorted and reflect powerful messages about society, politics or human nature. His work is instantly identifiable and his characters are completely unique.

Inkie – Bristol is holy ground when it comes to street art and Inkie helped in the making of such a legacy. Bristol born and bred, he has been an integral contributor to the city’s street art since the eighties. In his own words, his style is “New York classic ‘wild style’ meets art nouveau”.

Shai Dahan – Israel born, Shai began his career when he moved to the U.S as a teenager. Much of his work depicts animals and the ways in which humans interact with nature. Replacing bird’s heads with guns for instance, creates powerful imagery which is both unique and provocative.

Osch – creating images from intricate stencils, each piece takes quite some time to prepare but the final product is usually mesmerising and the subjects appear to have been formed by interweaving ribbons.

Zina – Norwegian-born Zina now lives in London and is known for her blue-scale pictures of girls and women. She says, “I read about mythology, symbolism and ancient cultures, and mix it up with a little bit of steam punk elements”. She proves that urban art and street art isn’t a male dominated industry and we are welcoming her back to her second year painting for us.

Lonac – the last time the Croatian was in town, he painted one of his famous ‘time-catcher’ pieces. There are only three of these found on street walls in the world. He is also known for his fish motif and using old skateboards, transforms them into fish skeletons but with a human eye. An exhibition featured his piece, the big catch’, in which the skateboards formed the fish scales and Lonac says this,” illustrates the idea that each person is a mosaic of other people and other influences which are, through circumstance united into one integral whole”.

Martin Whatson – his art is known for the ways in which it combines, or contrasts, the beautiful with the old or seemingly ugly. An interest in decay and the disused has helped him to develop an identifiable style which once carried political messages but which has now become poetic and sometimes quite feminine.

Kashink – another female artist, her distinctive style features bold, bright colours, thick lines and specifically male characters only. You can see her comic book style along with the Mexican and Russian influences but on closer inspection you realise that her art is a reflection of human nature with sometimes very powerful messages on subjects as diverse as gay rights and death or crime.

In addition to the live art events, this year the team has opened a shop in the Hounds Hill shopping centre.  It’s open seven days a week between 8th and 20th June from 9am to 4.30pm.  As well as having the chance to buy art by the participating artists, the clued up staff will be able to inform you about the event.

As of the 1st June, FY Creative will be home to an array of pieces from the artists representing Sand, Sea & Spray. Open on Mondays, Tuesdays and Fridays, the gallery is free to members of the public.

The Town Hall becomes a Cinema for the night of the 7th of June and 45 attendees can watch Banksy’s, ‘Exit Through the Gift Shop’ and the Toaster’s, ‘Everywhere’. Doors open from 6:30pm.  In addition, on Friday 14th June, there will be a Q&A in the Theatre Bar in the Winter Gardens from 6:00pm where you can put your questions to the artists, face to face, free of charge.

As if all that weren’t enough, Blackpool’s Jon Gomm is returning from a tour in China to perform in the Theatre Bar at the Winter Gardens. A talent to be proud of, Jon has now topped 7,000,000 hits on YouTube and is rightly described by Acoustic Magazine as, ‘one of the world’s most gifted and inspirational guitar players’. He’ll be performing on Saturday the 8th of June. Doors open at 7:00pm.

As always, Altblackpool will be covering this event with interview with the artists and reviews of the events.  Watch this space. 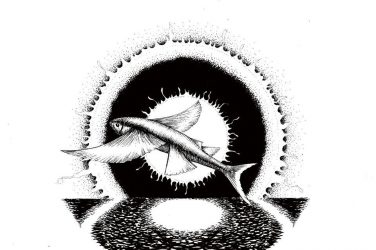 If you’re out and about in the Thornton area at the weekend and wondering ... 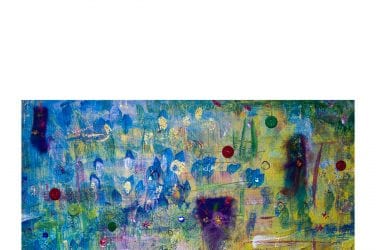 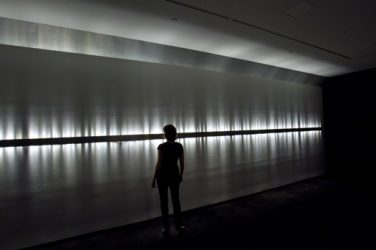