Fiona Jones gives us her take on the Blackpool Illuminations Switch On 2012!

Blackpool’s Illuminations in some ways are the epitome of what our little old town is; a flashy, camp, nocturnal crowd pleaser. The illuminations started as a mere 8 arc lamps and 2012 represented the 100th annual switch on, which now kicks off 8 weeks and over 10km of lighting. The concert promised to be a good show so as soon as the ticket lottery started; I leapt at the chance and was lucky enough to get some free wristbands to one of the biggest and best events in Blackpool’s calendar.

For the first time, the show was held at the new Tower Festival Headland, with the backdrop of the formidable, cold, Irish Sea to our right, Blackpool Tower to our left and the ferris wheel visible just above the stage. A traffic free promenade equipped with big screens allowed those who weren’t fortunate enough to get tickets to still enjoy the performers and guests gracing the stage, of which there were many!

The crowd seemed to love the warm up acts and jostled cheerfully away while enjoying entertainment from Wallace and Gromit, banter from the hosts; Real Radio and Blackpool born singer Karima Francis. Karima did a fantastic job, with her soulful songs including ‘Wherever I go’; whose video features Blackpool beautifully.

In true Blackpool comedic fashion, the rain soaked visitors and residents were then told to ‘go crazy’ for Mr Zip, of Britain’s Got Talent fame with his annoyingly catchy ditty asking ‘where’ ma keys, where’s ma phone?’. All of the acts, old and new were welcomed with cheers and scores of waving umbrellas and novelty flashing toys, including Amy Macdonald, Lemar, Little Mix and The Overtones.

Unexpectedly, the tempo of the crowd sparked when 80’s legend, Rick Astley took to the stage who before singing his well know hits, ‘Together forever’ and ‘Never gonna give you up’, told the crowd that he would join us all in our soaked state and proceeded to pour a bottle of water over his head.

Blackpool favourites; Scouting For Girls, proclaimed their love for the town and got the whole crowd dancing before Paloma Faith, former resident ghoul on Carnesky’s ghost train, sparkled her way around the stage, with equally fabulous voice and gown.

The final act, the Noisettes promised that they would never forget us before handing over the stage to a group of Olympians, who have inspired many across the country and cemented pride in team GB. Veteran Gymnasts Max Whitlock and Beth Tweddle, double scull Rowers Sophie Hoskins and Kat Copeland, amateur boxer Luke Campbell and long jumper Greg Rutherford took the job in hand and gracefully thanked all who listened for the support throughout the Olympics before the magic moment finally arrived.

As team GB led the countdown and pulled the lever, Blackpool tower lit up like a rocket followed by strands of fairy lights and chandeliers along the sea front, as designed by Lawrence Llewellyn Bowen. Paper confetti shot out from the stage and caught the light as they fluttered down, really bringing a sense of achievement and wonder to what can only be described as the best Illumination switch on to date.

This year the Illuminations will run from the 31st August to the 4th November 2012. Full details of daily times are available on the visitBlackpool website. 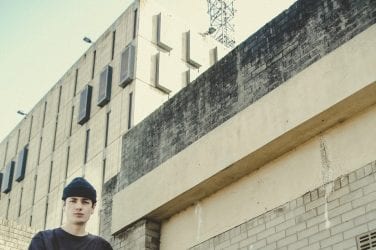 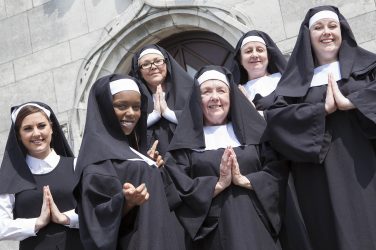 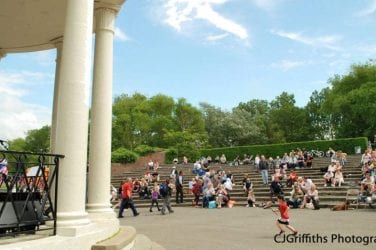 With summer just around the corner, Blackpool’s Friends of Stanley Park have released their ...