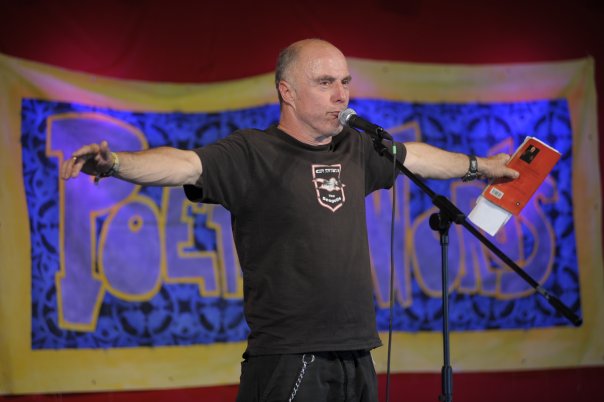 Believe the evidence of your everyday life; what happens to you and what you see happening to the people around you.

On Tuesday, I began my interview with Attila the Stockbroker.  He described censorship at the BBC, the coalition surpassing Thatcher’s damage to the country and the trouble with the anti-fracking movment at Balcombe.  Today, the interview concludes with a discussion on the state of protesting in the UK, the need for strong trade unions, the increase in political religion and blind belief in what the papers say.

Continuing on the theme of protest apathy, I asked Attila about the fact that in the past, fuel protests were sparked when the cost of a litre went up by 2p but today it can go up 5p in a week and nothing happens.

People are cowed, they’re worried, they’re desperate to hang on to the little bit that they’ve got.  The reality is that the Labour Party is screwed, hampered by a load of right-wing social democrats, at best.  The Greens are pretty good in a lot of areas and there’s the watermelon tendency, you know – green on the outside, red on the inside.  I’ve done their conferences.  The bottom line is, the protest has to start with a strong, organised trade union movement.  Because we can go out and protest as much as we like, we can protest against fracking, but if we don’t have a strong trade union… Who runs the country?  Who actually makes it work?  It’s ordinary, working class people.  If the trains go on strike, the tubes go on strike, the lorry drivers go on strike, the NHS, doctors or teachers go on strike, then serious things change – straight away.

Yeah, you have to bypass that.  And it’s about how quickly things can change.  It’s been shown by everything that’s happened over the Middle East recently, in sometimes not good ways, but it’s very important to see that things can change very, very quickly and things that seemed intransigent can suddenly change just like that.  But part of the problem is that after the collapse of socialism in 1989 in Eastern Europe, a lot of the militant, left traditionalists from other ethnic backgrounds, have been suppressed and replaced by the cul de sac of political Islam.  If I had to choose between living under Rupert Murdoch and McDonalds or living in a caliphate, I’d choose Rupert Murdoch many times over but it’s like the difference between a bucket of sick and a swimming pool of sick.  We should be looking for a lot more.

We are an ideological and political backwater in this country now.  I don’t know what the answer is but I do know I’m shouting about it as much as I can.  I do get frustrated about the lack of coverage for the kind of thing that we do but you can’t expect it with the vested interests.  They call it democracy – freedom of the press – but obviously it doesn’t exist.  I have the freedom to write for The Morning Star, and I do, but Rupert Murdoch has the freedom to control the minds of millions with carefully constructed media outlets which tell people that the evidence of their own eyes is wrong and they need to doff their caps, work even harder , and if they’ve not got a job – feel really suicidally guilty about it.

I likened this ‘evidence of their own eyes’ to the arguments set by playwright, Edward Bond’s Activist Papers in which he talks about the two layers of reality – that which we experience as humans and that which society tells us we should experience.

Most people, unfortunately, go along with what they’re told.  As is the case with Owen, (in The Ragged Trousered Philanthropists) he’s going around telling people, ‘You’re mugs, you’re worse than mugs, you’re the enemy.  You’ve been sweated into oblivion, starvation, and you’re defending the system that’s doing it to you.’  I agree with that.  People who read The Sun and think that a fair society ‘is not for the likes of them’ and what’s really important is the X Factor, they’re as much the enemy as the Tories.

The folks who believe the bootstrap theory, that anyone can pull themselves up and become rich?

Yep.  You live in Blackpool.  This is one of the hardest hit areas of the country.  What’s it like here now?

The people I know personally, there seems to be a general decline.  I know folks who need to claim disability benefits who are suffering a lot of stress from the new tests which they really don’t need.  I see that folks with lives that are already very difficult have had them made much more so by the changes.  When you see that happening around you, I think that makes you a bit more militant.

There is currently a very clever divide and rule tactic being employed by the ruling class in the popular media: these cliches like ‘strivers and skivers’ and ‘workers and shirkers’. Many people believe them. I’m afraid that at the age of 55 I am now feeling contempt for such people. I actually think, ‘You’re thick,’ and I’ve started to use the phrase ‘thick proles’ – I never thought that I would use that phrase. Thinking about Owen in The Ragged Trousered Philanthropists again, he sees his friend Linden working on starvation wages and at the same time defending the system and saying ‘Oh, it’ll never change, it’s not for the likes of us, the rich will always be rich, you’ve just got to do the best you can.’ When Linden gets made redundant, Owen walks in the cold and rain to tell him that there’s another job on offer somewhere else, knowing that he’ll go there and exactly the same thing will happen. Because Linden’s 67, he’s old, he’s always been the same, he’s not going to protest about what’s happening, he’s going to draw the same conclusions. The reason that book is so brilliant is that it pinpoints the problem, then and now!

I’ve got to the point now where I’m thinking, where do we go?  For me it’s quite clear, we go to radical socialism, but we can only do that if we can convince enough people that that’s the right way to go. Most people, even against the evidence of their own eyes, would rather believe The Sun than everyday life and what’s happening to them.  They think, we’re just us, we don’t know, but this is in the papers, it must be the truth.

It can feel like an uphill struggle, trying to convince people of the facts before their eyes.

Have you heard my song, Prince Harry’s Knob?

At this point, I was treated to a personal rendition of the aforementioned song to highlight the point.  Unfortunately, my audio recording doesn’t do it justice, so here is a live version from t’internet:

Finally, I asked Mr The Stockbroker if he had any inspirational advice to get people up off their arses and into action.

Everything that I say during my performances.  To sum it up, don’t believe what you are told by the people you have been taught have the right to tell you what to think.  Believe the evidence of your everyday life; what happens to you and what you see happening to the people around you.

If you want to read Attila The Stockbroker’s poetry, some of it is up on his website.  If you can, see him perform them live.  He’s a force to be reckoned with.

Friday Nights at the Comedy Station 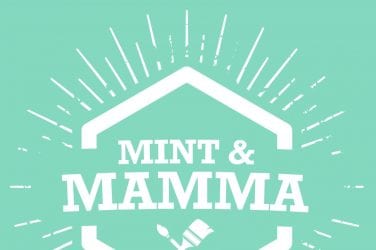 I had a chat with Catherine Peters, the individual behind the great altruistic initiative, ... 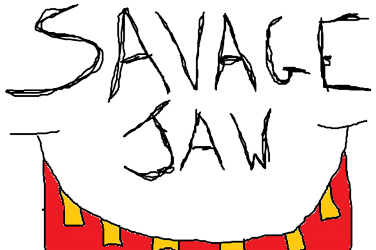 Kicking off 2014 in fine style, our featured local up and coming musician for ... 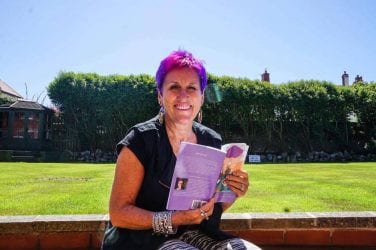