Fiona Jones chats to Blackpool band Ska Face about their motivation, new album and plans for the future.

In a room above a warehouse in a secret location on the Fylde coast I am treated to what feels like a private concert by one of my favourite Blackpool based bands. The room is full of men and musical instruments, The England match is playing in the corner and 7 out of 10 of Ska Face are, I’m told, for one of the first times, rehearsing their album in full.

Entitled ‘That difficult first album’ the band set out to prove a point with their genius original music. The twelve tracks range from hilarious to insightful and I defy you to listen to any without at least nodding your head or tapping your feet. Ska Face’s 10 band members plus ‘Brian De Palmer’ all go by names of characters from the movie Scar Face, which makes for a confusing evening when it comes to remembering names. Nicknames aside one could not be more privileged than to spend an evening chatting to such lovely guys.

The bands first gig was in 2010, ‘March 31st at around teatime’ Hector (the toad) tells me with a reminiscent look in his eye, which says just how special that moment must have been. It all started after Hector was asked to play bass in a friends’ band, Ashes to Ashes, playing 80’s covers and listening to the reaction from the crowd to one of the songs they played. That song was Baggy Trousers by Madness and set Hector on the path to creating the best Ska band in the area.

After scouring the internet, speaking with other bands and colleagues, and advertising for a brass section, they finally came together for their first full rehearsal. Starting with Gangsters, by The Specials; ‘That first moment, four notes in, when the brass kicked in… It was incredible’ Frank the guitar man, speaks of the revered moment like the birth of a first child.

The short but exciting life of Ska Face so far has brought about many incredible experiences and opportunities and a varied and committed fan base.

Fiona: So, tell me about your shows, what can people expect from a Ska Face gig?

Ska Face: Being a ten piece Ska Band really works for us, we have such a wide range of experiences and also a great range musically, with all the different instruments. Typically a Ska Face gig will draw a good crowd of people who want a good night. It’s relaxed and fun; at the end of the day, it’s easy for blokes to dance to, you don’t have to be athletic or a great dancer, you just have run on the spot. From the first beat to the very last, people don’t stop.

Fiona: Do you have many diehard fans?

Ska Face: We have a group of about 50 people who will turn up to most shows, who call themselves the ‘Ska Face Youth Club’; They have been known to hire a minibus to get to our gigs outside of the local area. They are truly dedicated. Once we played a gig far enough away where we would be unknown, just to see a new crowds’ reaction and the Youth Club turned up there too!

Fiona: What motivates you all, as a band?

Ska Face: We all work different day jobs, one of us works in Greggs; another is in pest control, The Fire Service, accounts, advertising… Alberto the Shadow also has his own show on internet radio station Splashnet, but the motivation has to be our love of music. Many of us have been in different bands with two or three other people, but it’s never been as good as this. Ska Face is like a marriage of 10 men (not in that way, I’m assured) there are no arguments; everyone pulls their weight at the end of the night when we have to pack up and go home.

Fiona: What was the idea behind the album?

Ska Face: The Album, started almost to prove a point. I hated being known as or referred to as ‘just another pub band’; I don’t want to give people that opportunity. Introducing original music, hopefully gives us a bit of credibility and with so many influences from each member there was some great material we had to write. For some of us it was the first time we’d written our own music, others hadn’t written for 25 years but it’s been a hell of a journey so far.

Fiona: Will there be more Ska Face albums in the future?

Ska Face: We have alot of material that hasn’t been heard yet, there is more to come. We’ve been lucky enough to have HMV stock it both in Blackpool and Preston as well as tee shirts and have shipped records as far as Adelaide, Australia. We’d love for more people to enjoy our music and to eventually bring out a second record.

So, Ska Face, definitely have credibility. They’ve played with Ska legends Roddy Radiation and Rico Rodriguez from The Specials, played in the company of Suggs from Madness, have a calendar full of bookings and are even rumoured to be supporting The Beat on an 8 date tour next year in legendary venues across the UK, including Camden, where they will also be playing yet another gig on the 6th of October.

This is definitely not ‘just another pub band’, Ska Face are musicians in demand, and I highly recommend you see them at the next opportunity. Wear comfy shoes, you are sure to be on your feet all night.

Ska Face are playing on Friday the 14th of September at Uncle Tom’s Cabin where you can hear their new album. ‘That difficult first album’ is available to buy at the gigs and is via their website www.skaface.net, Blackpool HMV or on iTunes. For a full list of gigs and shows and to listen to some of their music, visit their website or like them on Facebook. Images courtesy of CJGriffiths Photography. 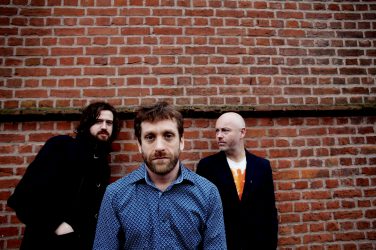 They’ve been described as ‘the best live band in the country’ –  and you ... 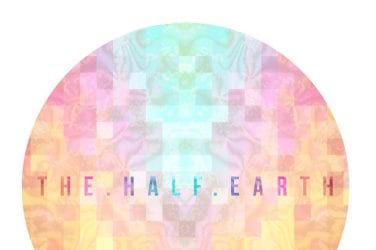 I think it’s fair to say that Blackpool is enjoying some very good music ... 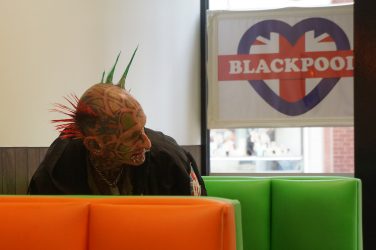