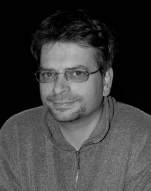 Last week saw the launch of Mathamagical’s much awaited sequel, Anagramaphobia, by local children’s author, Colin Davies.  The launch at Cafe Number 5, accompanied by some excellent open mic poetry based around the theme of magic, was a resounding success.  So much so it seemed rude not to catch up with the author and have a bit of a chat.

So, you’ve written a sequel? What is it about these characters that made you want to revisit their story?

I was always coming back to Ben and Adder from the moment I finished writing Mathamagical. There are so many worlds to take them to, each with their own story for the pair to get involved in, particularly as Ben’s friendship with Adder changed through the first book. In the beginning Adder was more of a teacher who saw potential Ben to achieve great things and Ben admired the vast amount of knowledge Adder obviously has. As they journeyed together, these levels stabilised and became respect for each other, and it’s this respect that forms the bond of their friendship. In Anagramaphobia we see how strong this friendship is.

As a poet and a writer, you produce all sorts of material. When did you decide that you wanted to publish literature for children?

When I wrote Mathamagical, I always maintained that I didn’t choose to be a children’s author, it chose me. At the time the story came about, I was trying to be a horror writer and I am pretty sure I will return to that one day. But then this story came out of nowhere. I used to teach private lessons and one of my pupils had to write a synopsis for a nonsense story. All she had ever wanted to do was be a lawyer and had no clue how to be nonsensical. She had the small boy called Ben Small and a talking snake and that was it. At the time I was teaching her mathematics and suggested we call the snake Adder and send them to the land of mathematics. At this point my eyes glazed over, she made me promise to write the story up as a book, so I did. It was one of my proudest days when I presented Jennifer with a copy of Mathamagical. The story had changed a bit, but I kept the name of Ben Small to honour her inspiration.

Do you see a trilogy in the making or are Ben’s adventures over for good?

I currently have it planned out as a series of five books. The next one, which I’m working on the first draft of at the moment, is called Tick-Tock-a-Holick: it’s about time.

Which children’s’ books have inspired you the most?

Lewis Carol’s Alice’s Adventures in Wonderland and Through the Looking Glass. A must read, don’t just rely on the film versions, read them. Roald Dahl’s James and the Giant Peach, Charlie and the Chocolate Factory and Danny the Champion of the World, have also played a massive part in my writing.

What were the challenges in bringing your ideas to life?

When I first wrote Mathamagical my first challenge was just to believe I could. Having never writing anything in this style since leaving school, it was a bit daunting. Once I started, I found it came to me as if I should have begun writing it years ago. Now it’s about managing time. Making enough of it to get stuck in. I’m a disciplined writer so when I start I set myself a daily word tally.  Usually it’s a minimum of 1,000 words. So before I can start I have to get my schedules to work and open up the time I need to work on the project.

What are you reading now?

Current I am rereading H.P. Lovecraft In the Mountains of Madness. Must admit I’m a bit of a fan.

What’s the best bit of advice you can give to someone aspiring to write children’s literature?

To every aspiring writer the best advice it to just do it. Writers write, it’s as simple as that. If you want to get into children’s writing I’d say, write something you like reading. Don’t patronise the child, they have a lot more intelligence than most adults give them credit for. Write your first draft from the heart, make it as scary as you like, just think about what you liked when you were a child. I just stick to three basic rules:

1. No swearing (and check words you use in place of these, it’s best practice to avoid it all and stick with very innocent words)

2. No sex scenes, young adult is not the same as children’s writing.

3. Gore should be gooey not messy, by this I mean you can describe smelly, blood covered walls, not blood sprayed all over the walls, dripping down like red rain on the window during a stormy night. I actually quite like the last one, but maybe for young adult.

Thank you Colin for those insights.  Anagramaphobia is available to buy from Amazon now.

Local artist Garth Gratrix recently took the time to answer some of my questions ... 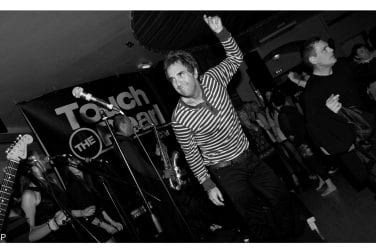 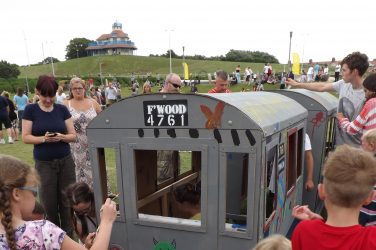 Art, community and creativity are all thriving in Blackpool currently but somehow, little by ...