After the unfortunate and sad demise of the legendary Blue Room as the town`s jewel in the crown for local live music, it left all music fans and bands alike wondering what to do and where to go next. Blackpool was left with very little to offer in the way of suitable and viable venues for live bands to perform and a void was created. That was until a team of visionary people grasped the opportunity to shake things up and get the town back on the map as a place to see bands play. The Blackpool Music Festival, held last month, sparked a hopeful revival and although it was the first of its kind to be staged in the town, the revolution began in earnest.

The festival`s legacy and aim was to create an awareness that live music wasn’t going to die easily and without a fight. So, from this we are seeing a continuation, but even more so, a determination to succeed. This weekend saw the opening of Blackpool`s latest offering as a place for live bands to perform, in the very aptly named Rock City on Chapel Street. Formerly The Stanley Arms, (now owned by Ma Kelly`s) Mick Sugden saw an opportunity to carry on the success of the Blackpool Music Festival and thus provide a suitable replacement for the Blue Room. A tall order maybe, but with a belief that this can be successfully achieved, the new venue opened its doors last Friday night. Every weekend this month and beyond will see a fabulous line up of local bands.

With a stonking opening line up of the charismatic De Palma supported by the fantastically talented young local band Belvadere, it was a great way to introduce the music loving Blackpool public to a sparkly new place to do their stuff!  Unfortunately, I wasn’t able to make it to the opening salvo, but from all accounts it went rather well. A decent enough opening crowd saw a brilliant night`s live entertainment and with a free entrance policy, it proved to be a great option.

Now, there usually tends to be a musical brainchild to help out behind such ventures, if only to offer support and advice. In securing the services and skills of Salford Music Festival genius Ed Blaney in helping launch the venue, it turned out to be a masterstroke. Ed will be the first to admit that he has a huge affection for Blackpool and of course its live music scene. He was a prominent figure and a key organiser of the Blackpool Music Festival and this gave him the taste to carry on to the next stage. He saw that the town needed to continue the success of the festival and acted immediately. So he was the chief instigator sourcing and booking the bands throughout the whole of November. And let’s face it, he didn’t do too shabby a job! Not only that, he now provides constant support on the sound desk to all the bands every weekend as well as providing some rather dapper tunes in between sets. Such dedicated people are hard to come by and we are lucky to have him here.

I visited the venue for my first look on Saturday night. Strangely enough, I`d never actually ever stepped through the doors ever before, so it was a fine introduction to the old Stanley Arms, but in its new guise. My first impression was one of surprise, if I`m honest. It was a lot bigger than I thought and perfect for live music. It boasts very good facilities and even, dare I say, a well covered indoor smoking area away from the main area! The stage layout was big enough to hold a good sized band and in a great position in the venue. A spacious bar area and plenty of seating if required made me instantly think that if supported well, this could well be the very answer to the problem that was created when the Blue Room sadly closed its doors for the last time. But (and this is a big `but`) this venue absolutely needs the backing a support of the town`s live music loving public. It needs a big response and most of all it needs numbers through the doors.

Easier said than done I know and a big ask maybe. But I believe strongly that Rock City has every chance of succeeding, if they get things right. How do they do that? Well firstly, in my opinion, it’s very important to get quality bands booked covering all genres, then hold nights where new upcoming talent can showcase their talent, as well as the more established artists. Keep bar prices reasonable in a time of austerity, hold student nights, maybe open mic nights, promotion events etc. But more importantly strive to become the best the town has to offer. Like I`ve already said, it’s a big ask, but I believe more than achievable. Bands need somewhere to play and Rock City needs the bands.

So, on my first foray, I caught the excellent band The Cobras, who played two energetic sets filled with brilliant familiar ditties from across the 60`s, 70`s and 80`s. The highlight for me was the finely executed `Psycho Killer` which is a classic Talking Heads number. The Cobras managed to nail it perfectly and had the enthusiastic crowd, in good numbers, singing along. Some even taking to the dance floor in front of the stage to show their appreciation. It was very entertaining stuff, a good night’s work, and the sound was spot on through a very good P.A. system ably manned by Ed and Scott Slattery. The support on the night came from Zebra X, a rock duo made up of Colette Nelson and Sebastian Orain, who warmed up the crowd nicely and Colette even promised me that they would attempt to incorporate a Blondie number into a future set!

Briefly getting back to Ed Blaney, before I wrap up this review. His philosophy and view is to give the Rock City stage to upcoming local original bands in some capacity and I share that view entirely. As some may know, or not know, I firmly believe that bands trying to get on the live circuit need somewhere to showcase their work. So by offering support slots alongside the more established bands at this venue, this at least gives them the opportunity to play and get their name out there. And surely that will bode well for the health and well being of the local music scene and for bands attempting to make the breakthrough. Not only that, many bands getting these slots have large followings, so that in turn should bring good numbers through the venue doors. And for free entry in a central location, basically, everyone is a winner!

I`ll finish this review off by issuing a plea. Please try to do your very best to support this venue, because many were loathed and perplexed by the sudden closure of the much lauded Blue Room. Many felt lost and let down, abandoned and without a place to play. Now there is the chance to put that right and from any past mistakes made, hopefully lessons can and will be learned. I`m sure a place such as Rock City can cement its name as a great place to play and a place to hang out and lets be honest about it, we need a venue like this to help keep the live music scene both vibrant and alive.

Rock City. A new venue and another chance to shine. Long may it live, prosper and grow.

Preview: Dinkey Donkey Do 2013 – A Day of Live Music In Aid Of Local Charities 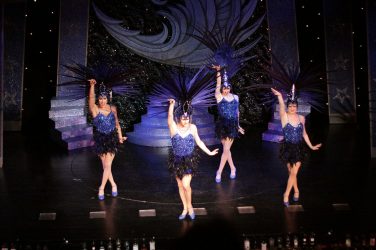 Friday 4 July was the night that all the glitter and sequins flocked to ... 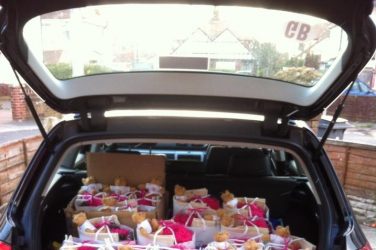 Hug in a Bag Charity Fundraiser

This Saturday at the Hilton Hotel there is a very special event with an ... 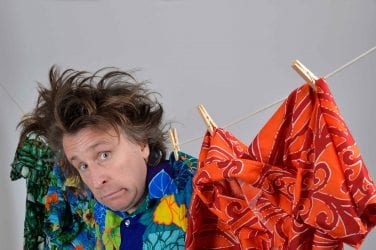