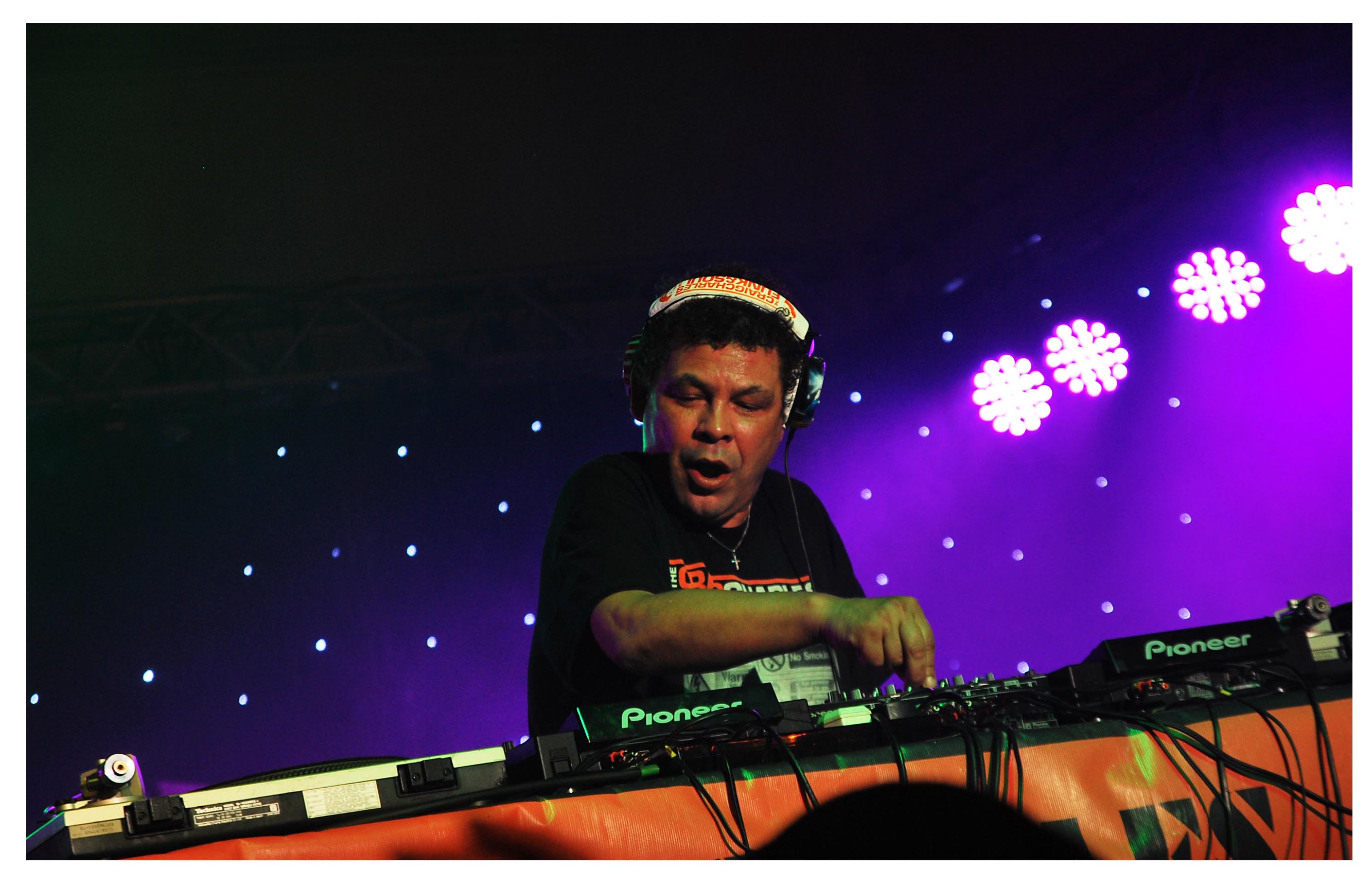 It’s been a few years since the famous Christmas Ball was back in its rightful home at The Winter Gardens and what a setting the Ballroom is. I arrived nice and early in my jacket as I had some vague recollection of that darn ballroom being chilly. I was assured by the door staff I would not need my coat and rightly so, the ballroom had been set up as a warm, snuggly festive delight, including snazzy tables and massive Christmas crackers to get the party started.

The stage had been set out centrally for full impact and the sound system was sounding good as Cowbell Radio’s own Ed Mahon played some funky favourites to warm up the crowd. First up was The Monster Squad.  Now, I had heard a lot about this local band and even heard some of their acoustic stuff on Cowbell Radio but their live stuff was something else. Luke, the vocalist and frontman is clearly a charismatic sort, really owning the stage and belting out some fantastic cover versions with unique twists.  They were playing some of their own stuff too. It was great and entertaining – Blackpool is positively brimming over with musical talent and as locals we are spoilt for choice. If you get the chance then The Monster Squad come highly recommended.

The night was becoming exciting with a variety of familiar faces and new faces and a bar which was pretty accessible. The low hum of anticipation hung in the air. Next was vocalist Louise Spiteri, singing one of her own tracks with a voice that stood up easily itself and filled the Ballroom’s sound system beautifully. Louise is another regular from Cowbell Radio and has her own show on a Sunday night, be sure to check it out.

The first headline act then took to the stage: Smoove and Turell. Feedback was good for this band from people in the know. I had a little listen before the event and thought it sounded like my thing. Plenty of funk and soul and groovy beats. The crowd clustered towards the stage as they arrived and the bands energy was lively and fun. A prestigious up and coming band to come to Blackpool with Smoove originally being signed to the Acid Jazz label back in the day. He is already an acclaimed producer and 2009 saw the launch of their debut album, Antique Soul.  Their popularity since has picked up pace. After speaking to a number of people who had travelled from far and wide to see the unique coming together of Smoove and Turrell, accompanied by Craig Charles and The Brand New Heavies, it was clear we were all on for a good night.

Finally the main act was due to arrive. Suddenly, Craig Charles was on the balcony and a spotlight lit him up as he introduced one of my all time favourite bands: The Brand New Heavies. The crowd’s hum grew louder as the audience pushed forward . The Brand New Heavies were the fore-runners of the London Acid Jazz scene and 2013 witnessed the release of their first full studio album in nearly seven years with new vocalist Dawn Joseph. As a real fan of one of their original vocalists, N’dea Davenport, I was tentative, after seeing them live a few times and with other vocalists, including Carleen Anderson of The Young Disciples, but for me none of them topped N’dea. Dawn Joseph, however, was definitely a contender. Dawn’s energy, costume changes and enthusiasm were infectious. Ever present was the funk-tastic atmosphere which can only be achieved by a gorgeous setting, an up for it crowd and a fantastic musical  line up.

To finish the night off, and like that quintessential After Eight mint, Craig Charles took centre stage with his unique DJ set. Yes, we all know him from Red Dwarf or Coronation Street or even Robot Wars or that bizarre Japanese game show (what was it called?). But really Craig Charles is leading a double life. He is definitely a muso and some of his choices and unusual mixes of old Stevie Wonder or Bob Marley classics are really a treat. It was a perfect way to dance and groove our way into the early hours.  There was a real feeling of being involved with something unique and special that only Band on The Wall could present.

The Christmas Ball was always a staple event in the Blackpool locals’ event diaries. Back in its original home, it was the best ball I have ever attended. I didn’t get lost looking for friends, I could get to the bar and the drinks were not too expensive. I saw a favourite band that I never thought I would see again outside of Manchester or London and people were getting down and rocking out which surely has to be what its all about – it was a perfect festive celebration. 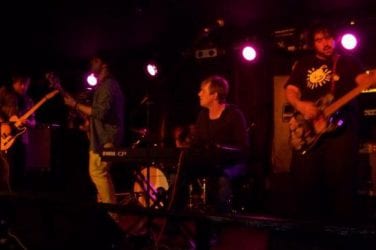 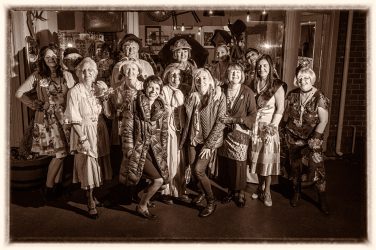 Soundwaves aim for a vintage performance

What’s on this Bank Holiday Weekend