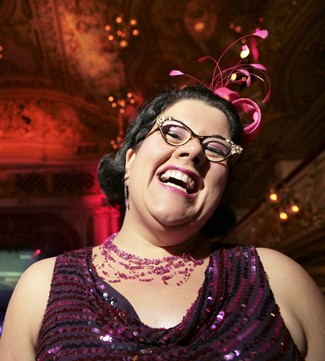 February here and as luck would have it, Blackpool has a stellar line up of culture, creativity and more on offer throughout the month.

Kicking off the action tonight at 7pm is Punx at the Talbot. With a five band lineup of Mayhem Freak, Potential Victims, Dischord, Sunken Monkey and Dysphonia, its sure to be the perfect punk filled Saturday night. Down the road at Blackpool Cricket Club, Cowbell Social returns from 7.30pm with a special charity night in aid of the Blue Skies Trust. With music from across the genres, plus auctions and raffles aplenty with loads of great prizes, it’s a night not to miss.

Sticking with the music theme, Karima Francis takes her Moth Open Mic Night to The Blue Room on 20 February with special guest performer Jess Allan. Karima has been running the night for some time at The Queens Pub and has seen it go from strength to strength with a fantastic selection of performances every time, now moving to its new home at The Blue Room this is sure to be the place to find some new local musical talent.

If you’re looking for great art then you’ve also got plenty to choose from throughout the month. The Grundy Art Gallery hosts Dance Swine Dance, a selection of artwork from Matt Stokes exploring his interest in musical sub cultures. Squirrel & Tiffin will also be back in town from the 13 February at FYCreatives with an exhibition exploring the techniques of screen printing, photography and textiles plus two workshops for the public – an opportunity not to be missed.

SEE Cinema arrives in Blackpool this month with a showing John Carpenter’s They Live on the 4 February. This is the first in a series of screenings designed to explore society with a critical eye, throughout the season there will be an eclectic selection of films from across the genres.

February is also LGBT History Month and in Blackpool the rainbow flag will be flying from Blackpool Tower, whose illuminated heart will glow in rainbow colours throughout the month. As part of the celebrations a living library will tour the Fylde Coast starting at Central Library from the 1 February and a special heritage tour of Blackpool’s famous Winter Gardens will take place on the 13 February.

For those of a literary persuasion Cafe No 5 on Cedar Square plays host to Open Mic Poetry on Friday 7 February. This month’s theme is connections – they are everywhere and everything is connected. On the night you can either go along just to listen or get up on the mic yourself and share your work.

Staying on the theme of words, Blackpool Library Service will be celebrating National Libraries Day on the 8 February with two special workshops from local artist Sean Payne, creating The Greatest Story Never Told. During the workshop you’ll get to create the cover for the book you never knew you always wanted to write.

It wouldn’t be February without Showzam! Blackpool’s Festival of Circus, Magic & New Variety taking place from 14 to 23 February. This year we’ll be treated to the ever popular Showzam Central featuring NoFitState Circus, the premier of Meet The Hogwallops at Blackpool Grand Theatre, the return of Romany Diva of Magic and of course the highlight of the whole festival, The Carnival Ball, this year hosted by Amy Lame.

Opening at the end of the month The Grand Theatre welcomes The Royal Shakespeare Company with their ‘First Encounter’ production of The Taming of the Shrew on the 27 February. With male actors playing female roles, and vice versa, this ‘First Encounter’ production tells the story of two people’s crazy journey towards becoming the perfect match. Using an edited version of the original text, it will also include an introduction to the performance and a chance to hear from the actors, to create a great first experience of seeing Shakespeare live.

With all this to choose from throughout February one thing is for sure – you’re unlikely to be bored in Blackpool!

A Rainbow over Blackpool Tower to mark LGBT history month

Blackpool Through the Eyes of Others

There is fantastic news for Blackpool residents. You may have heard of the Crowdfunder ...