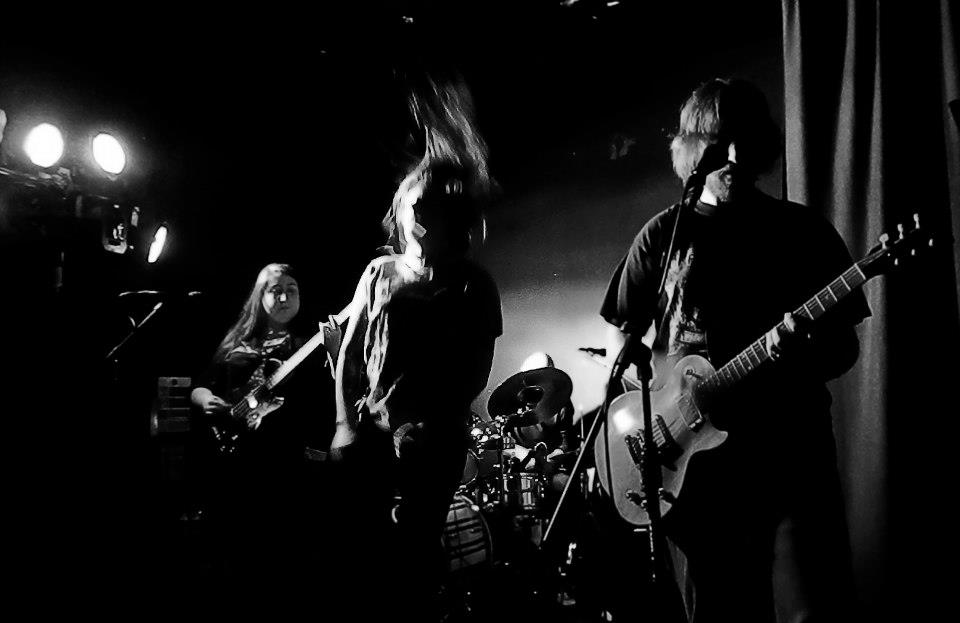 Friday evening saw 3 punk bands take to the stage at The Tavern. Local band Dischord kicking off the night by lulling us all into a false sense of security with the title track from their debut album ‘The Wakes’. A sleepy, dreamy song about that ‘I don’t want to get out of bed this morning’ feeling that later explodes into utter punk madness at the chorus. This set the tone for the rest of their set, thrashing punk melodies with lots of audience interaction. They wrapped up their set with their rousing rally call, ‘Vote for No One’ had the crowd chanting ‘Labour, Tory, same old story, same Mother F**kers still running the country’. Members of the audience were keen to give their views with Gordy saying; ‘Great bunch! Everything to play for, well rehearsed and passionate. I look forward to seeing them six months down the line!’ and Jez; ‘I thought Dischord were keen, raw and powerful. The vocalist sounded like Jello Biafra in some songs’. Needless to say, although Dischord having been playing live together for very long they were very well received.

The second band of the night were Burnley based Mayhem Freak, the local punks knew bassist Gordy from previous band ventures but they weren’t sure what to expect from this 3 piece, especially with Gordy now on vocal duty. They kicked off with their sound check song, the anthemic cover ‘Baby is a headf**k’ by the Wildhearts whilst the stage levels were set. A brief introduction before they powered through the first 3 songs of their set delivering riff heavy, fast paced and catchy punk rock n roll. The sound was great and judging from the amount of photos being taken, the crowd were really into it. Jez told us; ‘Mayhem Freak were outstanding, the tunes and onstage charisma were refreshing’. Zowie said; ‘I thought Mayhem Freak were excellent, they delivered a confident, thoroughbred punk performance that really got the crowd going.’

Headlining were Girlfixer from Nottingham, their set went off with a bang with fantastic vocals which heavily reminded me of The Distillers. However I did feel that after a couple of songs they started to fade into the background a little bit for me as each song seemed a little too similar to the last. On saying that the audience responded positively, Jez; ‘Girlfixer were loud, unforgiving and made their presence felt throughout, brilliant nerve shredding riffs, great venue and bands!’ Zowie, ‘Girlfixer ended the night with a twist, modern punk vibes with insane female screams, again giving a solid performance that went down a treat.’ Fan Craig said, ‘I love Girlfixer, this is the 4th time I’ve see them now and this was my favourite show. Small venue – up close and personal – big noise small room wins for me every time. Natalie Thornton owns that stage when she sings’.

An outstanding audience ensued a great atmosphere was felt by all and thoroughly demonstrating how that The Tavern is rapidly becoming one of Blackpool’s favourite live music venues.

Contemporary Dance at the The Grand Theatre

Scott Bamber gives you a round up of what’s on this weekend in Blackpool ...

Caroline Fisher gives us a round up of Rebellion 2012. Blackpool’s Rebellion festival has ...