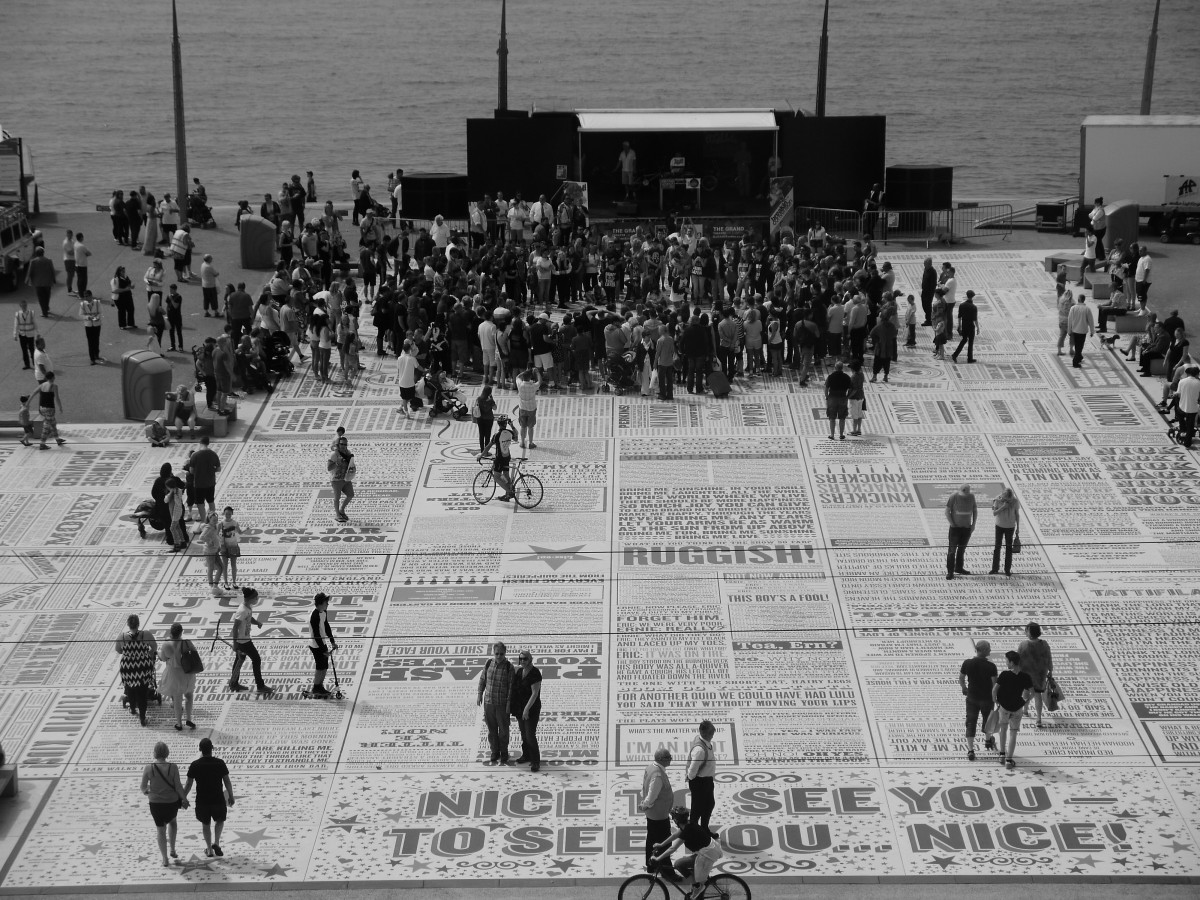 On Tuesday 3rd June Breakin’ Convention is coming to Blackpool’s Grand Theatre. This unique and energetic hip hop dance theatre features crews from around the world and around the corner; including Blackpool’s very own ‘Freefly Crew’, ‘FY West Coast’, ‘Scream Theatre School’ and ‘Urban Dance Project’. And from around the world; ‘Wanted Posse’ from France, ‘Ukweli Roach’ and ‘Ill/abilities’. Last Sunday the Comedy Carpet jumped, bounced and rapped as break dancers, rappers and hip hop artists took to the floor to show off some of their moves, in anticipation for tonight’s Breakin’ Convention.

I’ve never seen or been in a dance battle in my life, however, on Sunday I was witness to a series of exceptionally well timed and ferocious battles, all taking place against a backdrop of cloud-lit sun and the famous Blackpool Tower. Every time the DJ dropped another beat, or scratched another thumping track another dancer would jump onto the scene, sliding in front of the now well developing crowd of people. The crowd would cheer as a particularly young dancer span to the floor, only to flip back up to the Comedy Carpet and rile the opposite opponent. Not only were these seemingly spontaneous bates of friendly confrontation entertaining but they were also great in showcasing some of the quick whipped and attacking skills of Breakin’ Convention.

Throughout the afternoon I saw many different and uniquely talented dancers take to the stage, and underneath the bright red and blue words of Paul Whitehouse and Frankie Howard the head spinning and breath-taking flips and turns looked even more incredible. This was an unusual yet effective setting for dance battles and break dancing bursts, and I enjoyed every minute.  One of the highlights of the afternoon was a prepared flash mob to the tune of the Blues Brother’s ‘Soul Man’. As the music began a mob of dancers and non-dancers alike jumped to the Comedy Carpet, mixing with the crowds, exciting cheers and large smiles.

The event on the Comedy Carpet was hosted by local rapper Jay Madden, who was later joined by artistic director of Breakin’ Convention JonziD ; two rappers and hip hop aficionados well versed in quickly improvising new lyrics – all whilst trying to avoid the odd swear word. During the event on Sunday the three present MCs called out to the now fully realised and engaged crowd, calling out for words to cleverly slam into a beat provided by The Shaolin Monkeys. Provided words from the appropriately vocal audience included; ‘chicken’, ‘unify’, and ‘radiator’ and, of course, ‘jellyfish’. Despite this odd collection the three experienced and talented men managed to come up with some brilliant raps. Although the aforementioned words made for some funny lines and bits of banter between the rappers, it was especially good when JonziD and Madden recited parts of the Comedy Carpet; looking to the brightly coloured floor for inspiration.

As I wandered down the Golden Mile toward Chapel Street I could still hear the faint beats and hip hop melodies of JonziD. If this was a taster for Breakin’ Convention then the show promises to be a vibrant showcase of hip hop, rap and dance. 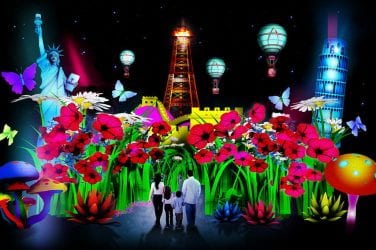 It was another busy one, literally standing room only as Visit Blackpool showcased what ...

Entertainment and politics rarely overlapped in the past, increasingly they do. Even current politicians ...