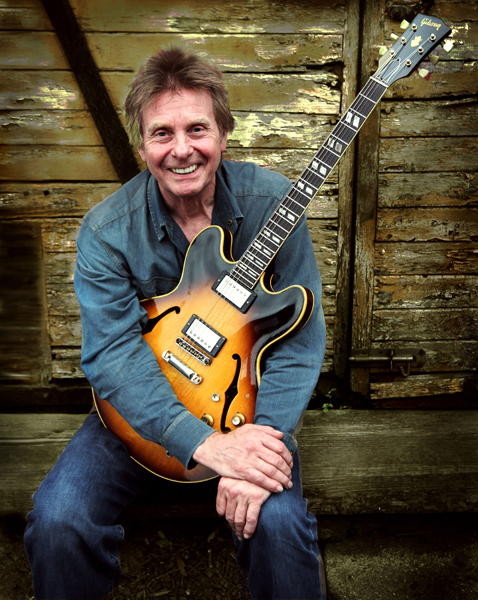 I’ll admit to having been aware of Joe Brown since childhood. With his bottlebrush hair and chirpy Cockney persona, he was well known for singing quirky little songs, accompanied on his ukelele. After seeing Joe at the Grand,  I realise I’m wrong on so many counts. Yes, the spiky hairdo is still there (and the subject of much banter among his band members) but it wasn’t until I looked at his website that I realised Joe was actually born in Lincolnshire. And his music? This guy is a maestro and his band are all virtuoso musicians too.

From the off, he had the large (and largely middle-aged and older) audience eating out of the palm of his hand. Joe is supported by a new version of the Bruvvers these days – which includes his son, Pete, so he is still keeping it in the family! And Pete isn’t there out of nepotism but because he is a talented multi-instrumentalist in his own right- and with a great singing voice, as evidenced in his performance of Elbow’s One Day Like This.

Yes, you read right, the set did include Elbow. And The Who, ELO, 10cc, The Travelling Wilburys and…. Motorhead – a rockabilly version of The Ace of Spades as never heard before.

Other highlights of a highlight-packed set included Joe’s old hit I’m ‘Enery The Eighth, I Am, done heavy metal style, and two songs from the Bruvvers themselves. Pete Brown, drummer Phil Capaldi, star banjo player Richie Collins and double bassist Mike Nichols are also known as the Newgrass Cutters, and their aim is to turn classic and contemporary songs into bluegrass standards. Their Born To Be Wild was a one-off that had us all tapping our feet.

But Joe is the star of the show, and proved he still has that star quality even after 56 years in the business. He ended his set with the aptly titled Never Too Old To Rock ‘n’ Roll and saved the soft and sweetly rendered I’ll See You In My Dreams for the finale. He left to thunderous applause and a standing ovation. What a guy!

Joe has been described as the musicians’ musician, and he counts the likes of Mark Knopfler, Dave Edmunds and Jools Holland among his fans. I’d like to be added to that list too, please! 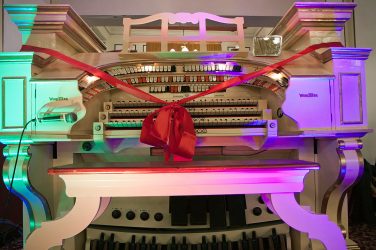 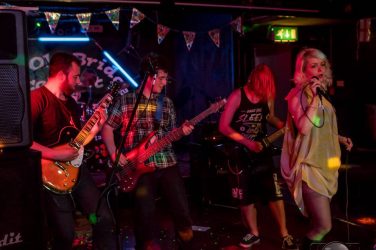 One year ago a local Ska band were booked to play a gig at ...