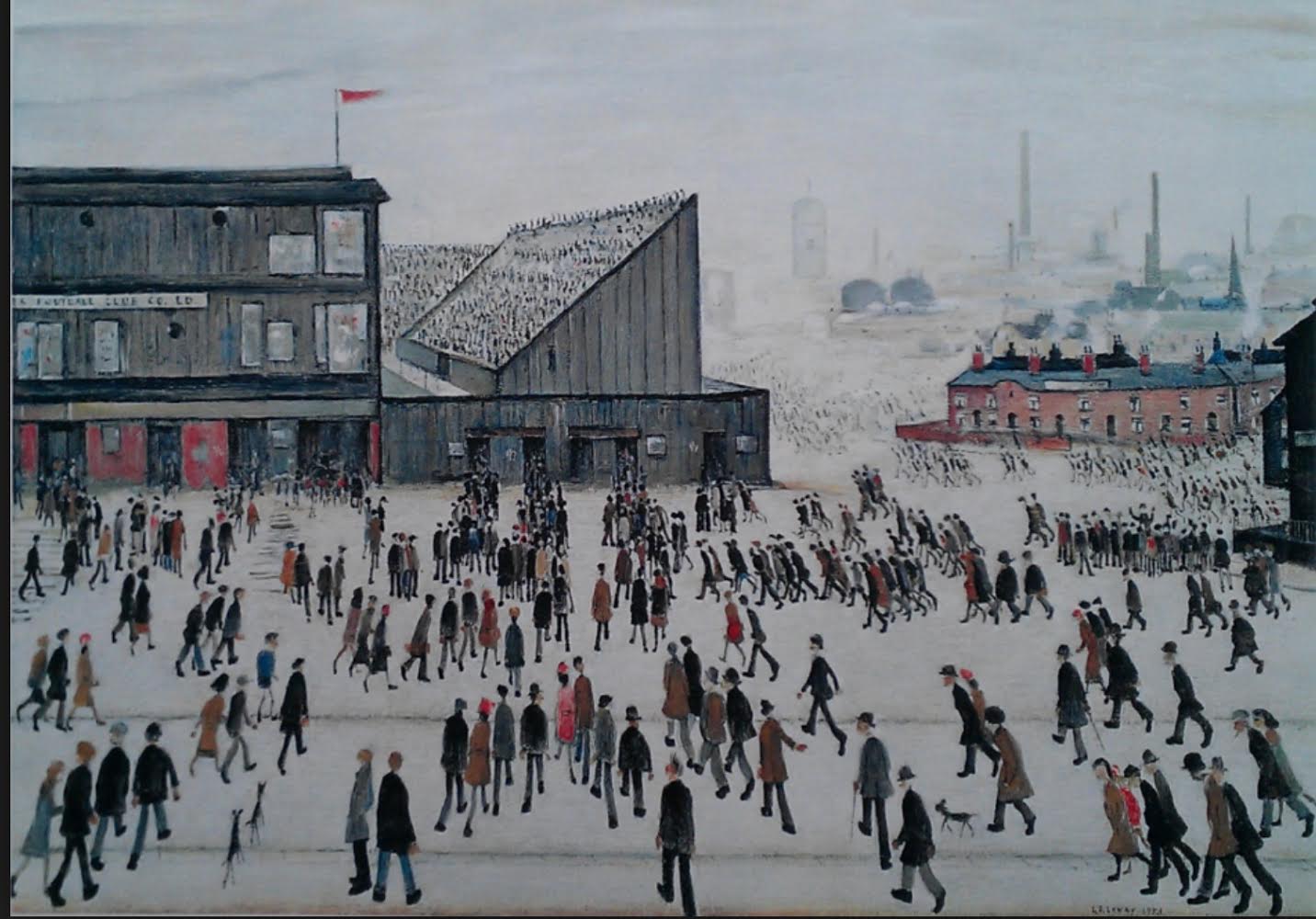 Art vs football. It’s a beautiful, if not contemporary game.
Being a fan of both football and art I always find it interesting when a topic is raised involving them both. L S Lowry’s Going to the Match will always be one of my favourite paintings, even if it does feature fans of Bolton Wanderers. The way it captures the anticipation of the entertainment that lies ahead, as well as perfectly illustrating the everyday people of the day shows why it was a winner of the Football Association competition of the day.
This week it was refreshing to read a discussion about art on Another View From The Tower, a forum for fans of Blackpool Football Club to get vocal around all things Tangerine.
The post entitled Artwork/Sculptures instantly caught my eye and as a Seasider who loves to draw I was duty bound to respond.

The author of the post asked:
“Why the hell do the National Lottery donate money to these bizarre organisations?  The amount of people interested in art must be 0.1% of the population, where 20% of families are struggling to feed their families…What a joke and the most ridiculous thing is that people involved in the art world are loaded anyway…disgusting.”
Disgusting indeed.  I’m not loaded! I thought the opinion was as loaded as it was vague.  One poster asked what organisations the author felt so infuriated by. He named a lot of establishments that had Royal at the start of their title, then went into the main crux of his argument, that the financial support for the arts could somehow be used to alleviate UK poverty.
Other posters rightly pointed out if you starve people of culture then surely that is a form of poverty in itself.  Whilst others pointed out the regeneration benefits that the arts bring to much needed northern towns and cites.
The debate predictably moved on to class, social structure, and education. There is a perception about education which I have come across many times. There seems to be an assumption that just because someone is from the rough end of town they cannot appreciate the arts, likewise just because someone is a fan of contemporary art, they are frowned upon and seen as a lager swigging lout for cheering on the lads at 3pm on a Saturday.
So here is my contribution. Well, I had to:

I haven’t had chance to get on AVFTT in a while, plus with the last few months’ drama I knew I could easily get sucked into hours of reading rumour, nonsense and uninformed opinion.  But when I saw this post I could not resist reading and responding.
‘The run up the hill’,  I find your opinions just as interesting as I do ridiculous. I am an artist who creates socially and politically driven art work, a massive fan of art. I am far from rich, or a Tory, I am just a working class lad who likes watching football as much as I like viewing contemporary art.
Like many others have pointed out, your comments are quite sweeping to label art a middle class thing. I have created art inspired by poverty and homelessness which targeted companies that I feel drive struggling families into such social issues, and I work in the community so I have a firm grasp of the hardships faced.  So I find it incredible that you can question money spent on the arts when you seem so ill informed about its benefits and audience.
Although your opinion seems very silly at times, I am keen to gain yours and others’ opinions on the arts around Blackpool. The conversation will build for an article you have inspired me to write for altBlackpool around football fans and art.
So my three questions to you and others are:
What are your thoughts on the Promenade sculptures?
What are your thoughts on the three million pounds of art funding Blackpool successfully won in its Creative People and Places bid (LeftCoast)?
What’s your view of the town’s exhibition spaces: The Grundy Art Gallery, Supercollider Contemporary Gallery, Baseline, The Old Rock Factory, Blott Studio & Artists Collective and FYCreatives/Venn Project?
I’m still awaiting a response, so I guess it’s 1-0 to the Dapper Man? 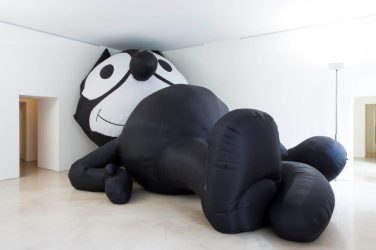 At the weekend the Grundy Art Gallery opened the doors on its much-anticipated latest ... 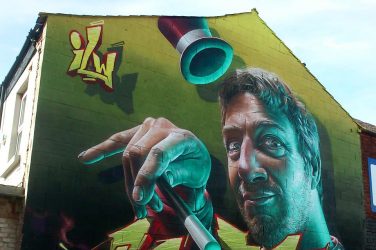 Artists ready to paint the town for Sand, Sea & Spray 2015

Over thirty artists are set to descend on Blackpool this weekend for the return ...