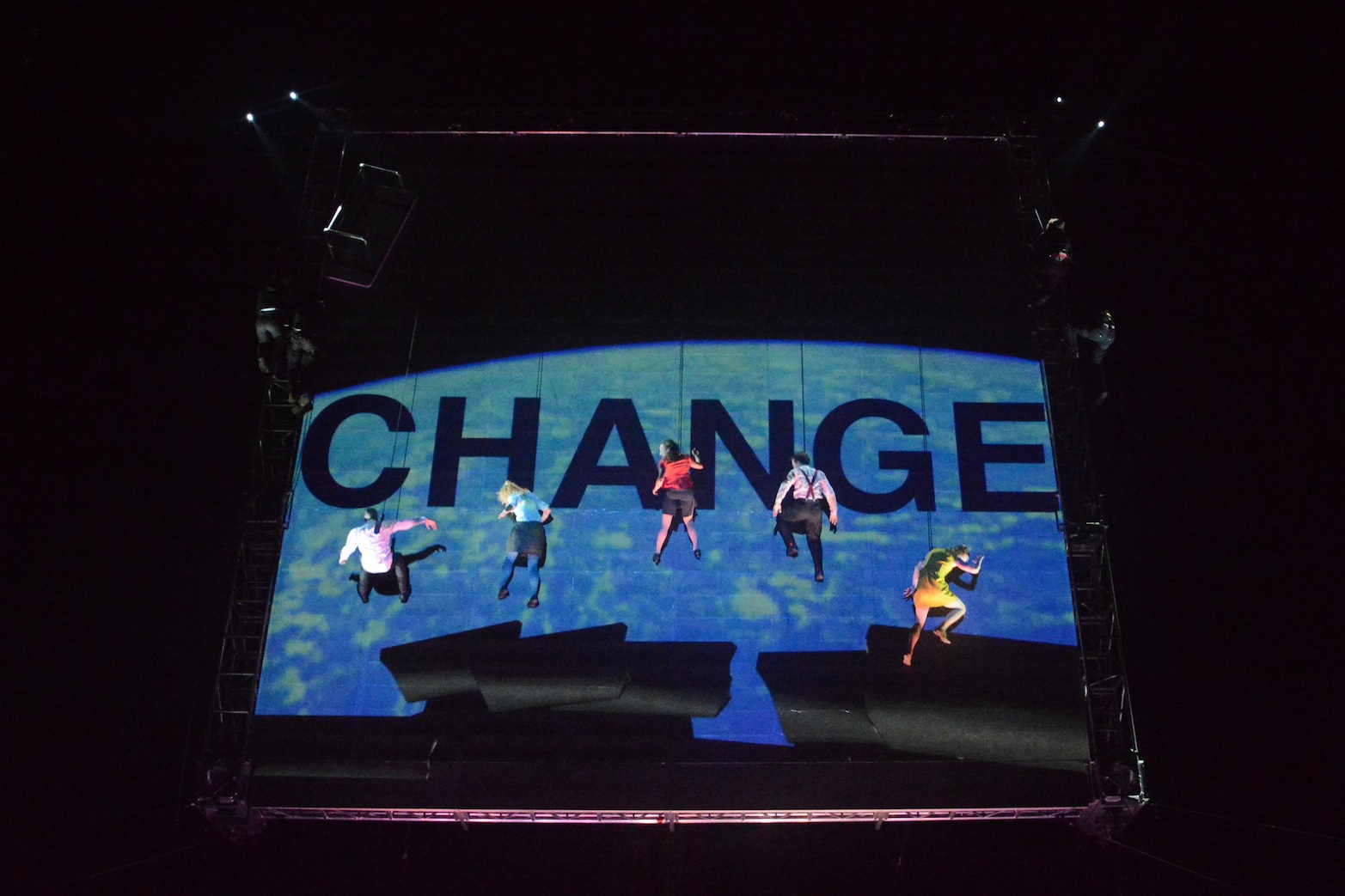 Sunday evening had finally arrived and our very excited little group got to Blackpool Cricket Club grounds at 7.30pm and were staggered at the turnout for As The World Tipped. People of all ages were sitting on blankets and chairs that they’d wisely brought along for the 45 minute outdoor performance.  Many adults availed themselves of the nearby bar to ward off the mild autumn chill. There was an excited and expectant atmosphere as the dusk deepened to night and we all readied ourselves in our spots, curious about the large set and accompanying crane, easily over 100 feet tall.
The music started and a hush fell over the crowd. The strong environmental theme was apparent from the very start, as one of the cast began to intone a frighteningly long alphabetical list of animals on the endangered species list as of 2009.
The production started prosaically enough, a scene set with the five actors all against an office backdrop, but it wasn’t long before the stage underwent a dramatic transformation and the audience audibly gasped as it started to tilt and ended up a sheer vertical wall upon which the remainder of the show was played out.
There were images projected onto the huge face of the stage wall and sound clips of global leaders and scientists discussing the various impending ecological crises that our planet faces today were played as the sound track to the performance, which lent a sombre verisimilitude, the impact of which was that I felt almost ashamed of being entertained. This feeling soon dissipated as the actors began to tumble from the top of the wall, whirling and twirling with balletic ease on their wires, somehow managing to convey terror and confusion at the same time.
Some scenes were a lot more hard-hitting than I expected, considering the amount of children present. One particularly memorable part saw a young female character fall writhing to a fiery death, shrieking as she flipped and flailed through the air. The concept of the production was slightly avant garde, which may also preclude some younger children from fully enjoying it
The choreography was simply stunning, and even more impressive when one realised that the five actors on the stage were actually being counterbalanced by five other performers who were mostly unseen but zipping up and down the sides of the huge stage, dropping and elevating their actor counterparts with fantastic precision. The crowd’s gasps of amazement only enhanced the performance, as most of us were genuinely gripped by both the powerful storyline and the astounding aerial artistry.
We were truly fortunate to have the opportunity to see such an amazingly powerful and innovative piece of outdoor theatre which garnered fulsome and well-deserved applause from the audience, and definitely inspired much animated discourse as we all left. A big thank you to LeftCoast and Blackpool Cricket Club for this collaboration, I certainly hope to see more of Wired Aerial Theatre in Blackpool in the future.
Images courtesy of Jill Reidy.

“We will draw the curtain and show you the picture” 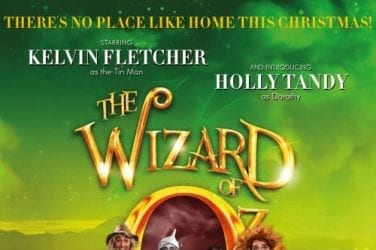 Fans of The Wizard of Oz will know that there’s no place like Blackpool ...