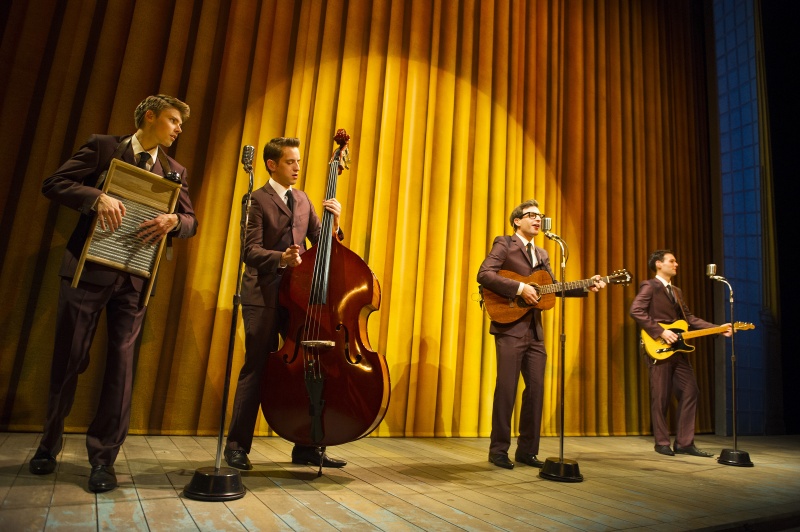 Last night One Man, Two Guvnors opened for its five night stint at Blackpool’s Grand Theatre.  And it did so in smooth style, filling the space with raucous laughter from start to finish in a full-on, fast-paced medley of comedic styles which is the trademark of Commedia Dell’arte.

Rufus Hound was a charming harlequin.  His presence was bold and his improvisation hilarious.  Peter Caulfield’s physical clownish comedy was much appreciated and skillfully delivered.  Edward Bennett was a smutty toff who moved between the physical, the high-minded and the smutty with an easy grace.  Dolly, confidently performed by Jodie Prenger, brought a modern, feminist twist to the proceedings and Kellie Shirley delighted the audience as Pauline who used to be young and stupid but isn’t so young any more.

Every role was played with a slick sense of place and time, the place being Brighton and the time 1963.  Central to this sense of time was the music.  Even before everyone had taken their seats, 1960s-style skiffle band, The Craze, were smiling and bobbing along with their Brylcreem DAs, natty purple suits and a washboard.  They took to the stage several times during the performance, to cover scene changes, and their performance was seamless.

You might have already heard this but it’s worth repeating, One Man, Two Guvnors, is very funny.  The plot’s complicating premise is faithful to the original and unsurprising, however the energy and variety which writer and performers bring to this modern re-working of the form is quite a feat.  Richard Bean has lovingly embraced the tradition of Commedia dell’arte and breathed new life into its characters.  The melding of comedic styles: word-play, slapstick and satire to name a few, reveals an intimate relationship with the performers who are allowed to bring much of their own talent to each role.  This was central to the form in the 16th century, so I am told by a fascinating article in the souvenir guide, and it certainly makes for a successful theatrical production 500 years on.

The audience was on the more mature side, as are most theatre audiences, but there was a fair spattering of younger patrons last night.  Whether young or old, however, One Man, Two Guvnors managed to kindle a laugh in every person present.  This is the beauty of the form.  Much like Shakespeare’s scattergun approach to the theatre audience, the team has put together a comedy in which every conceivable member of society can find humour.  If you prefer to be in a fit of giggles for the entire duration of the show, this feature will possibly disappoint.  I found myself slightly irritated by the longer slapstick elements as I was eager for another hilarious one-liner, “I’m boarding school trained. I’m happy if I’ve got a bed, a chair, and no-one pissing on my face.”  Meanwhile, I’ve no doubt that the lady sitting in front of me was annoyed by the sudden splurge of dialogue into what was a perfectly good ‘door to the face’ scene.  In retrospect, it’s rather pleasant to know that we can all find something to laugh at in a single performance; there’s probably a morality lesson in that.

Improvisation and audience participation is a key feature of the play, however the moles were not entirely convincing.  Having said that, if the audience comments in the lobby were anything to go by, the majority of people found those parts completely believable.  The souvenir guide tells me that originally, the performers of Commedia would have learned many set pieces which they could insert into a play ‘at the drop of a hat’.  I would like to see a return to a script which allows for more meandering spontaneity.  There seems, to me, to be a risk involved in this method of toying with the audience, of creating the illusion of participation.  It’s akin to a group of children allowing a smaller child to join in their game when in actual fact they are only pretending to include her.  When she finds out, there’s a real chance of tears.

Stepping carefully down from the soap box, I must mention that the sets and costumes were produced to a glistening, chrome-effect finish.  The view from the Clench’s window across the Channel was actually mesmerising and I found myself distracted by it several times.  Overly short trousers, sock suspenders and bouffant hair-dos added much to the visual comedy.  Nicholas Hytner’s direction is clean and produces solid performances from everyone involved.  In its entirety, the show delivers what are 2 hours of fast-paced, knowing comedy with a modern twist. The characters are permitted to lead us on a mirthful journey and this they do, with boundless energy and sparkle. 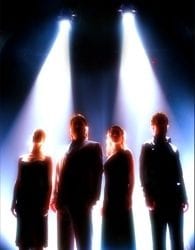 Review: Beyond the Barricade

All I had to know about Beyond the Barricade before being completely sold ... 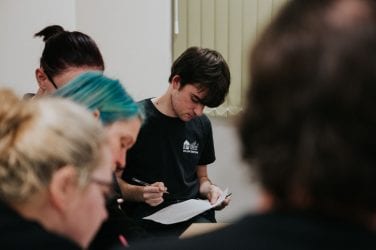 Tramshed Theatre: Catching up with the members and volunteers 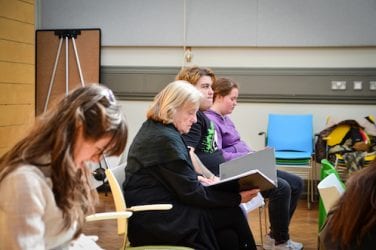 Plug In To The Arts With Electric Sunshine

Are you an aspiring playwright? An actor with ambition? A drama practitioner with a ...