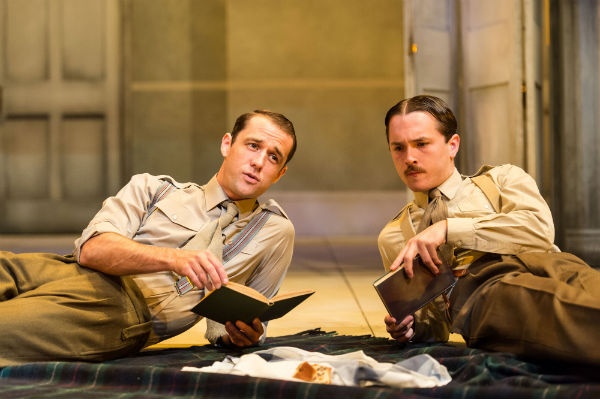 It seems highly appropriate that the Blackpool Grand Theatre, will mark the centenary of the First World War by hosting the final dates of this world premier tour in November.

Based on Pat Barker’s Booker-nominated novel of the same name, the play introduces us to war poet and soldier Siegfried Sassoon. The setting is the psychiatric hospital, Craiglockheart War Hospital, in Scotland in 1917. Army psychiatrist, Dr William Rivers, has been given the task of treating and then returning shell-shocked officers to the trenches. Sassoon, has bee

n wangled into the hospital in order to avoid a court martial following a letter he has written to The Times, in which he attacks the war effort.   However, the two men become friends, and, influenced by Sassoon, Rivers becomes tormented by the morality of what is being done in the name of medicine.

Regeneration reminds us that some of the most touching friendships are borne from the most brutal of conflicts, whilst taking a compassionate look at the devastating effects of war, and also explores ‘survivor guilt’ in the men. It serves as a powerful anthem for the youth of World War One.

The play stars Stephen Boxer, who has appeared in Doctors and Foyle’s War, as Dr Rivers and Tim Delap, of Midsommer Murders, Doctors and Silent Witness, as Sassoon. It has earned four and five star re

views from the press and has been described as a chilling, heart-felt and faithful retelling of the highly acclaimed book. The director, Simon Godwin, has been nominated for several awards and won the Burberry Award in the emerging director category at the 2012 Evening Standard Awards. He has also directed at the National Theatre and RSC. His experience and the talented stars are sure to make this an unmissable performance. The moving and infinitely sad theme of men being ‘cured’ only to be returned to the battlefields to face near-certain death is bound to evoke emotion within the audience.

Regeneration is at the Grand Theatre from Tuesday 25 to Saturday 29 November. Tickets are priced from £18.50 are available at the box office and online.

Dapper Side – Public Art vs The Morons 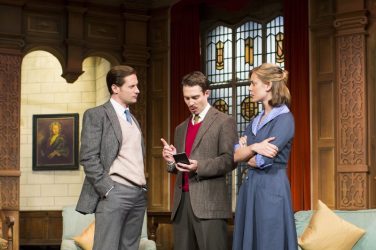 Agatha Christie’s The Mousetrap opened to a packed auditorium at the Grand Theatre on ... 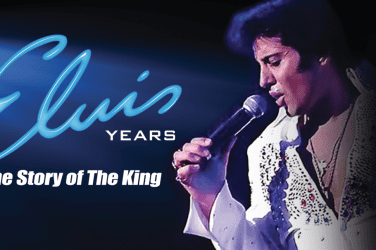 If you’re ready to rock ‘n’ roll to Elvis’ finest hits, then The Grand ... 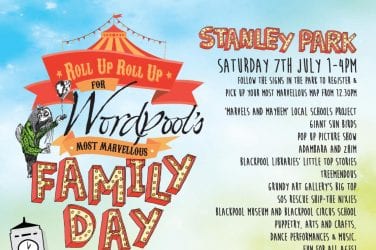