In recent weeks we have heard the news of the attempted theft of a sculpture of Eric Morecambe from the sea front in Morecambe.  The thieves didn’t get as far as pinching the statue as it was found near by, but they did cause considerable damage, with the only remaining piece on the plinth being a solo foot.  This kind of public art theft and mindless vandalism, sadly, isn’t something new and even more sadly, it’s something we have experienced in Blackpool numerous times.

The targeting of public art for profit first hit my radar a few years ago when two scallywags pinched two Henry Moore sculptures from the grounds of The Henry Moore Foundation. Not realising the art’s true worth, one piece with an estimated value of half a million pounds was sold as scrap metal for £46. I’m not sure who was ‘Moore’ gutted, (sorry – I had to!) the th

ieves or the lovers of art.

On a serious note though, if it is saddening to see public artwork destroyed purely for a few quid, then it’s infuriating to see work damaged out of lack of appreciation and respect.  In 2011 we saw the start of more wilful destruction of public art with Peter Blake’s ‘Life is a Circus’ featuring ‘Four Man Up’ and ‘Equestrian Act’ being targeted for the first time. In the end, after a long absence, a replica of the collection arrived, but this too has been targeted by idiots.

Also to receive multiple attacks by the vandals and potential thieves recently is the sculpture of Blackpool’s most famous transient settler, world famous clown Charlie Cairoli. The statue was attacked so many times it had to be moved to the foyer of the Tower, although its new home is a no brainer which should have been chosen from the start.

The repair bills to restore public art must make many town councils weep.  Locally, we have seen major refurbishments to spruce up/repair our most famous public art works damaged more so by the elements than the odd vandal. In 2010 there was a mammoth task to restore designer Michael Trainor‘s Mirrorball, or to give its correct title ‘They Shoot Horses…don’t they?’, back to its glittering glory.  In recent weeks we have seen the brilliant Comedy Carpet closed off to the thousands of half term visitors (poorly timed) to have its own refurbishment.

So what is the answer?

Remove artwork from outdoor public display? Fence it off with electrified barbwire closely guarded by G4S?

Removal has, shamefully, already happened to some of our public artwork! The Stanley Parks lions are now on public display in Buckinghamshire, replaced by doppelgängers at the Italian Gardens.  This is as madding as it is sad.  Surely the answer is education and inclusion?  If people were better educated about public art and taught to respect it, if they were included in events/activities to appreciate them, then perhaps a sense of ownership over disconnectedness may grow? 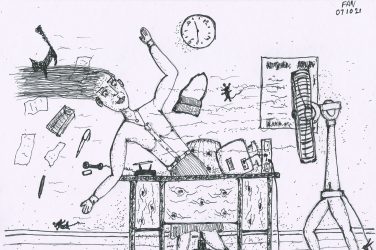 Did anyone else take part in Inktober 2021? 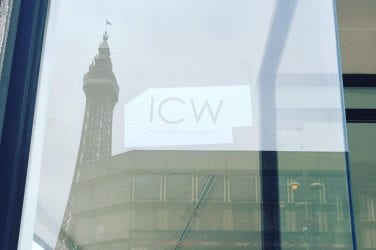 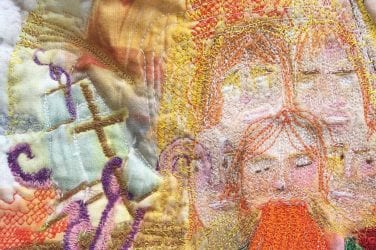 With Blackpool Pride on the horizon its with some glee that I see more ... 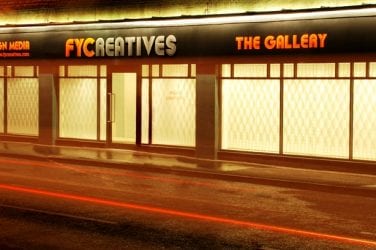