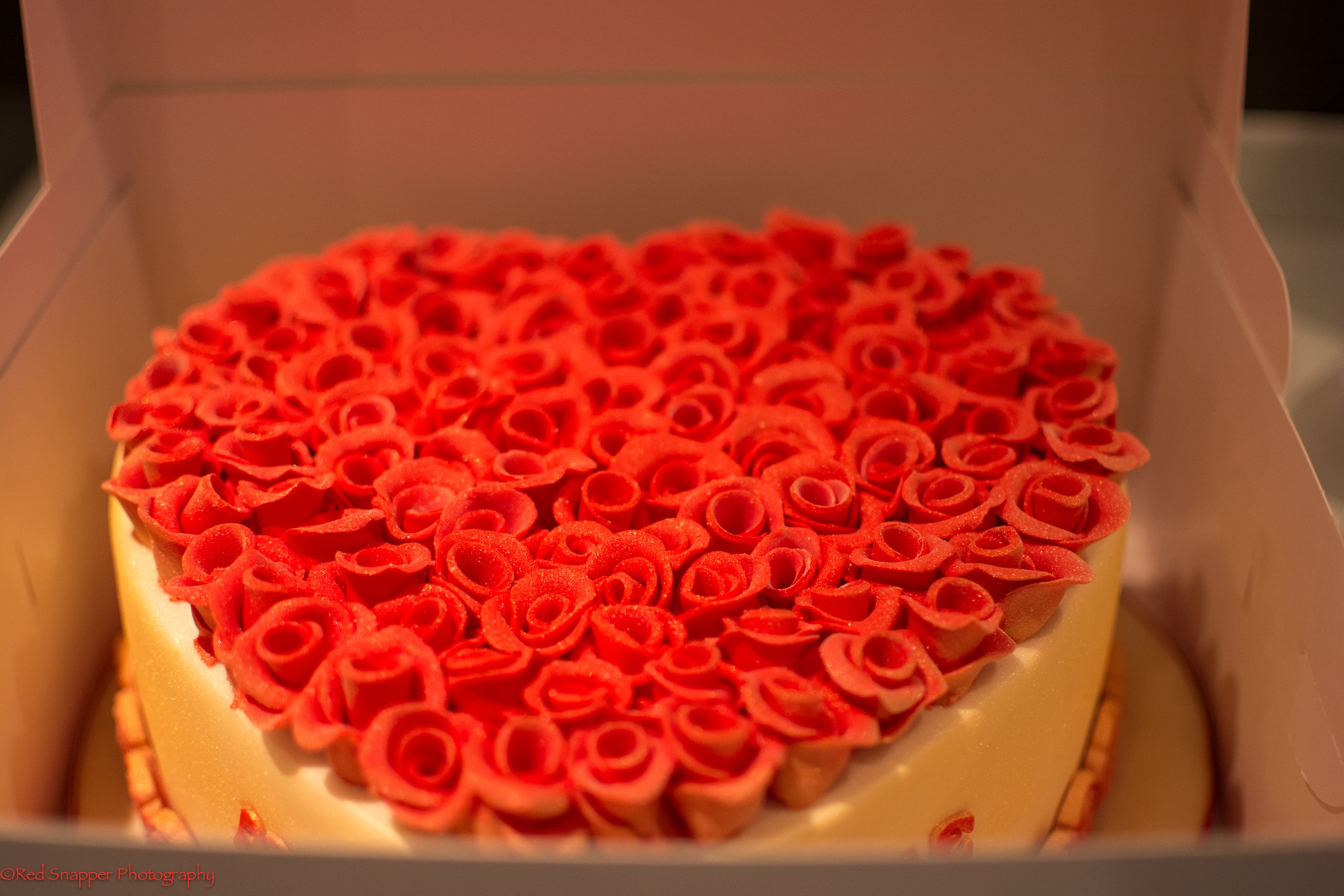 Kelly Ellison of Cake-Tin Delights greeted me with a big smile as I entered her shop on Topping Street.  The building has a clean, fresh look, with a large blackboard welcoming customers in, and hand-painted table and chairs (“found in my mother-in-law’s loft”) with bright gingham cloths. Expertly iced dummy cakes sit proudly on shelves and in the window while old fashioned scales and cake stands are displayed alongside ingredients and pastel coloured decorations can be seen peeping from neatly labelled boxes and tubs. A huge counter in the centre of the shop is where the bulk of the work is done, in full view of customers. I’m sure they must be every bit as fascinated as I am.

Kelly was the epitome of calm as we chatted and I manoeuvred around her, taking shots of the displays, as she continued to slice a large cake into layers and deftly spread each one with buttercream. This is a job I did twenty-five years ago so I know how much skill and concentration go into each masterpiece.

Kelly’s story is not really typical. Although always an enthusiastic home cook and baker, she confessed that she has never had any artistic leanings, and actually saw this as a business enterprise above all else. A stay at home mum, with three children, in Kelly’s own words, “a typical housewife,” she knew she wanted more out of life. When the first edition of ‘My Cake Decorating’ magazine was published in March 2012 Kelly had found her project. She told me, “I thought, ‘great, I will do this as a business,’ and that is exactly what I did. I practised and practised for six months solid and in October 2012 Cake-Tin Delights began trading. I got the keys to the shop earlier this year, and after two weeks of hard work, mainly from my husband, we opened the doors for business.”

Passion, patience and the ability to work under pressure are, in Kelly’s view, the main qualities needed for this role. She said, “This is such a demanding job, with a fast turnaround, that it can be stressful. However, it is so worth it when I see the looks on customers’ faces when they pick up their cakes. This is definitely my favourite aspect of the job. To be a part of someone’s celebrations is always a treat, and setting up a much anticipated wedding cake is even more of an honour.”

I asked Kelly if there was any part of the job that she disliked or found difficult. After some thought she admitted that square cakes are sometimes a challenge, but, in typical Kelly fashion, she went on to say that her determination and lots more practice would eventually help her conquer the clean square edges she was after, however long it might take.

Kelly told me proudly that her husband, Phil, has been her biggest help and support throughout the setting up and running of the business. “He works full time himself but he is always there to support me, whether it’s running around getting me last minute supplies, baking a cake, washing up or making me that much needed brew. I honestly don’t think I would have got as far as I have if it wasn’t for him being 100% behind every decision I make. He may not like or understand some of the decisions but he stands by me no matter what.”

I asked Kelly where she sees herself in ten years’ time. “I will be 38 in ten years’ time,” she said, sounding slightly worried, “It’s such a long time away. I do have a vision for where I see myself but at the moment that’s staying in my head. I just want to concentrate on shorter goals and take it a year at a time. I will say that I’m a very ambitious person… Getting a shop was on my five year plan and that was done in two years, so you just don’t know what ten years can bring.”

I asked Kelly if she had an all-time favourite cake. After some deliberation, she told me it is the Tickety Tock themed cake – a brightly coloured clock face, encircled by more vividly iced cupcakes – that she believes finally put her on the map as a serious cake maker. 

Amazingly, Kelly has never had any formal training. “Before doing cakes I was an Avon sales leader,” she informed me, “I had a small team of sales representatives. I did quite well and was always recognized for my achievements. It served its purpose of helping me earn a little extra income but I needed something bigger and more challenging. That’s when the Cake idea came to me. I did sign up to a college course, but could only attend two lessons. You have to just practise. I watched loads of YouTube videos and had lots of online support from my cakey friends who always offer advice if you are ever struggling or need to learn a new technique.”

Finally, I asked if Kelly has any advice for an aspiring cake maker, wishing to start a business. “Just go for it,” she smiles, “What do you have to lose? Don’t be afraid of failure, you can only learn from your mistakes.”

It seems to me that Kelly has made very few of these, at least not recently. Her hard work and determination have paid dividends.

It’s A Way Of Life 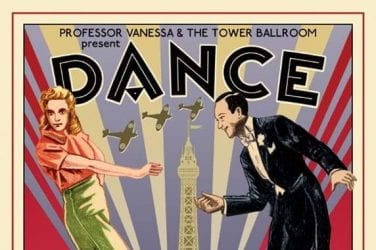 Get ready to jitterbug, jive, swing and lindy hop the night away when The ... 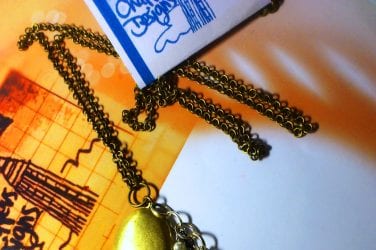 Sandgrown, born in Blackpool, Danielle Chappell is newly in the process of setting up ... 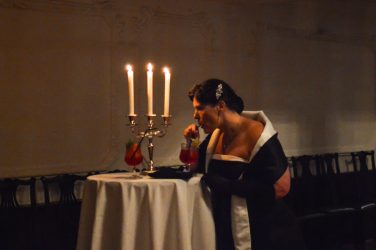