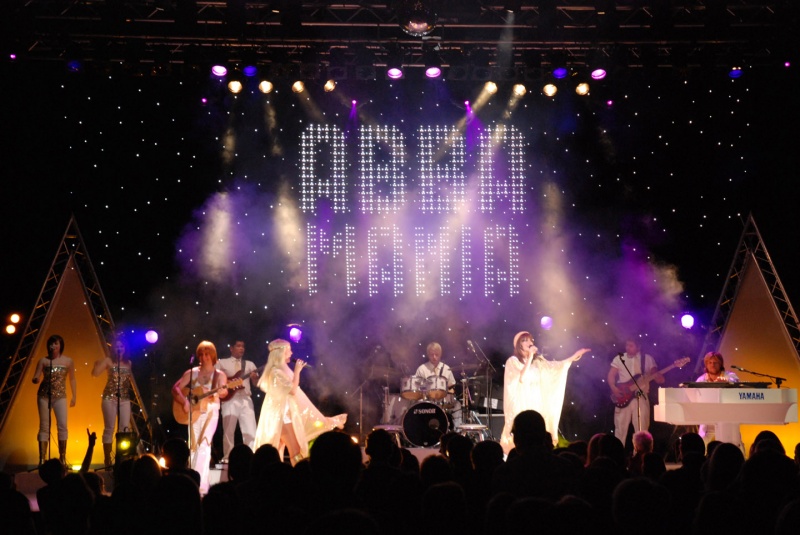 There was an air of excited anticipation in the Grand on Saturday night.  Even before the show began, some of the audience were singing Abba hits, presumably warming up for what was to come.  As expected, the band began with Abba’s massive 1974 Eurovision winner, Waterloo.  Now for people in my age group who remember that night, it is very scary to think that this was actually 35 years ago.  And yet, the music of Abba still endures even though the band split up in 1982.  The audience was composed of all ages, showing that their music is timeless.

The band created immediate rapport with the audience, inviting everyone to sing, clap or dance along to Voulez Vous and Knowing Me Knowing You, not that they needed any encouragement; the whole of the stalls and much of the circle were instantly on their feet, even providing the ‘ah ha’ in the appropriate places.  The mood was enhanced by spectacular lighting effects, which I noticed were also reflecting on the beautiful chandeliers in the theatre, creating a rainbow of colour.  After performing a few more well-known hits, the audience was treated to a solo instrumental piece from ‘Benny’.  It was called Intermezzo and was originally performed during Abba’s 1977 – 1979 World Tour, also featuring on their third album and the B-side of Mama Mia, yet strangely I had never heard it before. Nonetheless, it was well received and gave the girls the opportunity to change into jackets, bowlers and boots before performing one of my favourites, Money, Money, Money.  The audience were asked by Anni-Frid, “would you like to sleep with me?” producing a thunderous “Yes!” which led to a contest within the audience to decide who sang the line “It’s a rich man’s world” the best.

After all of this, the audience actually sat for a few minutes listening to the beautiful love ballad I’ve Been Waiting For You’ and there was hardly a dry eye in the audience.  Keeping things at a slower pace, the audience were invited to snuggle up to the person sitting next to them as they sang Fernando, followed by I Have A Dream before the more up-beat Take A Chance On Me had the audience rapidly back on their feet.

After a brief interval we were treated to more of Abba’s greatest hits, with everyone dancing throughout them until the evocative Chiquitita which was dedicated to The Year of the Child.  This was closely followed by The Winner Takes it All before a return to livelier numbers and yet more dancing within the audience. Eventually, the final song was performed which, appropriately, was Dancing Queen. As the band left the stage the audience screamed for more, and we got it.  After thanking the backing band, sound and lighting team and, of course, the audience the performance of Thank You For The Music was a very appropriate way to end an absolutely fantastic evening.  Perfect vocals and choreography, spectacular lighting effects and a great atmosphere – I can’t fault this.  By the end of the night, my feet ached and I was hoarse.  But  I enjoyed this show so much I would happily see it again. 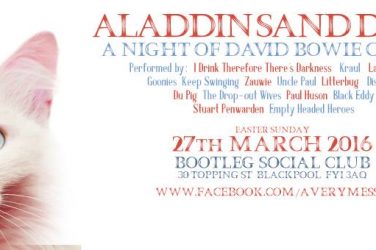 Following the tragic news of David Bowies departure from earth back in January following ... 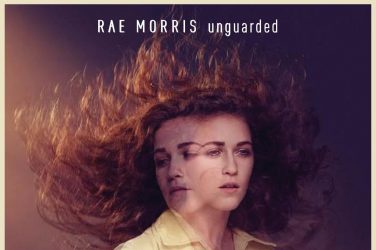 Anyone who has read my occasional submissions to altBlackpool will know that I have ... 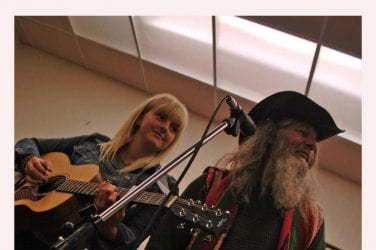 Last week I was invited to photograph a new musical venture, Band Off The ...